Behold the glory of the Shinsegae Food Court!

One of my favorite parts of living in Korea is the random places that surprise upon you and end up being incredibly awesome. One such place I chanced upon last week is the Shinsegae Food Court located in the basement of the large Shinsegae department store across the street from Express Bus Terminal. This place is full of tasty, tasty, and hard to find treats. 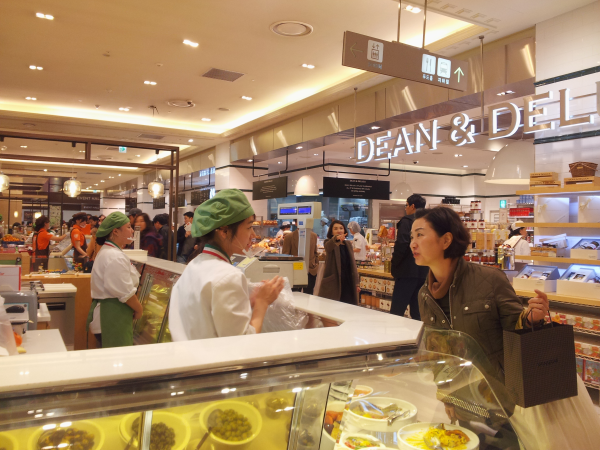 First up is a kind of bakery/ bakery items/ foregin foods-ish specialty market. This was one of two market areas. All the other eateries were in small booths in the middle of the long, wide floor. 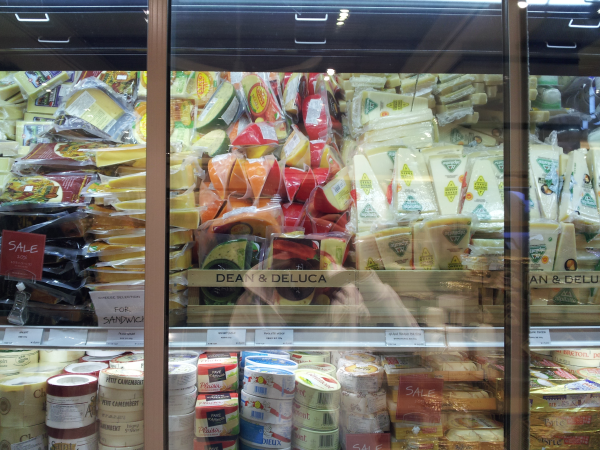 It had a couple freezers loaded with different kinds of cheeses. Most were quite expensive, but some cheeses were reasonably priced. If I had a reason to buy so much cheese, I'd have bought some... 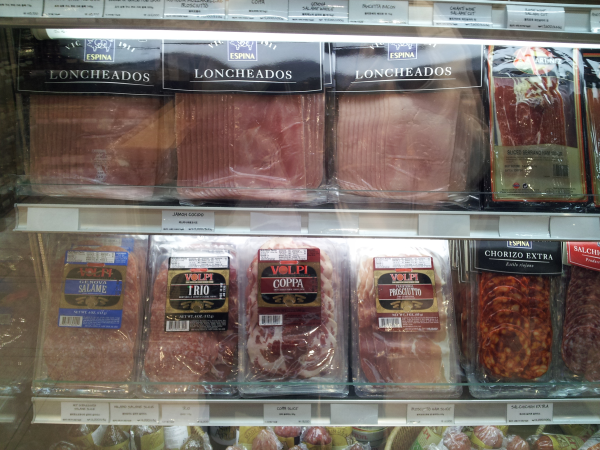 A couple more freezers were packed with interesting types of meat. All the meat was packaged, but some kinds were sliced while others were in blocks and other odd packaging styles. It all looked pretty premium and probably was judging by the prices. 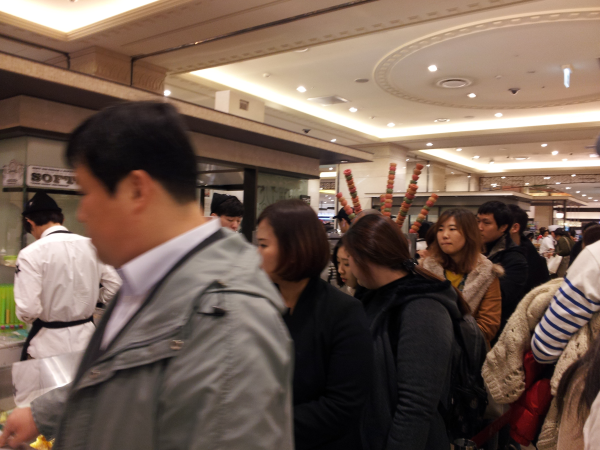 Then I saw a long line at one of the boothes. I wondered what the fuss was about. Instead of looking at what people were buying, I thought just getting in line might be fun. 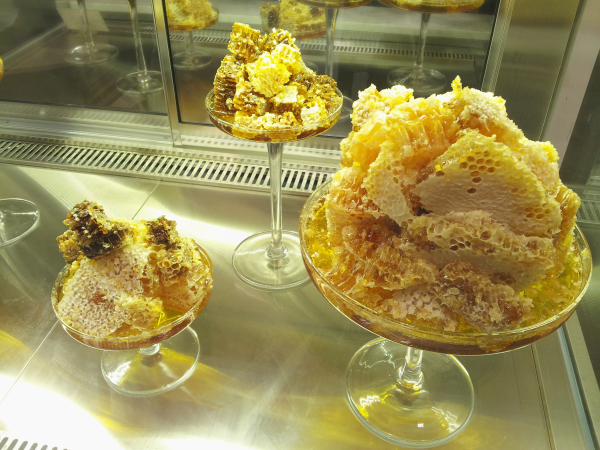 After 10 minutes of waiting, my place in line passed one of the displays under the counter. I thought, "Oh great, I'm buying chunks of honeycomb. How do you eat that??" And in a way, I wasn't wrong. 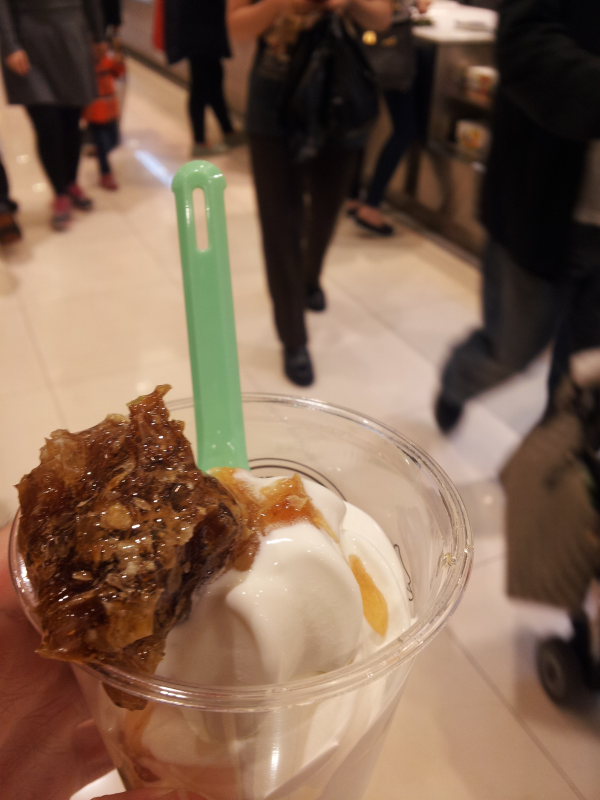 The popular item was a small cup of "fresh made, real milk" vanilla ice cream with a chunk of oozing honeycomb. Im not a huge honey fan, but this little cup was super delicious. 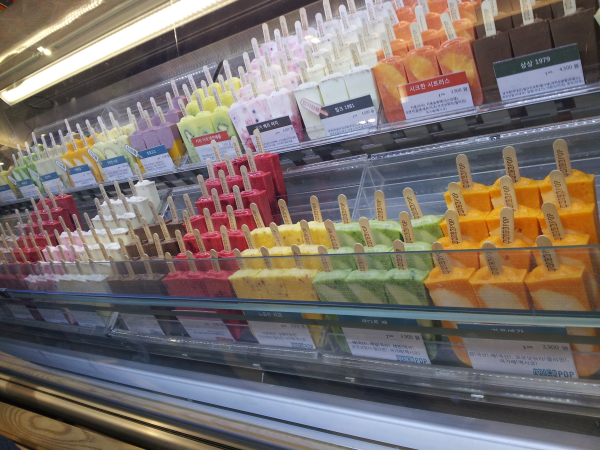 Another ice cream booth sold popsicles with whole slices and chunks of fruit pressed into them. The variety was impressive. I would have gotten one if I hadn't just had ice cream. I'll have to go back. 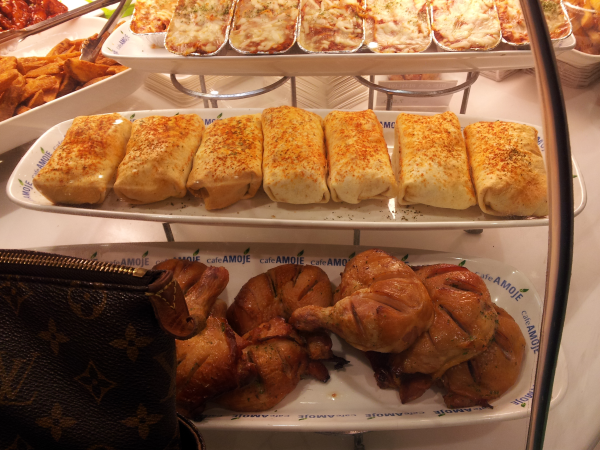 Most of the boothes are filled with lunch items. I got a pretty tasty lasgana shown above. A friend got the chicken burrito. He said it was really good. Im gonna have to go back for that too. 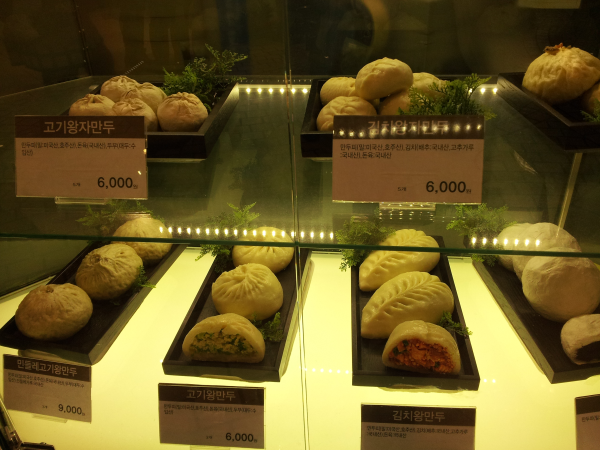 Among the other offerings are these japanese doughball things. I had them in Japan. Also super tasty. 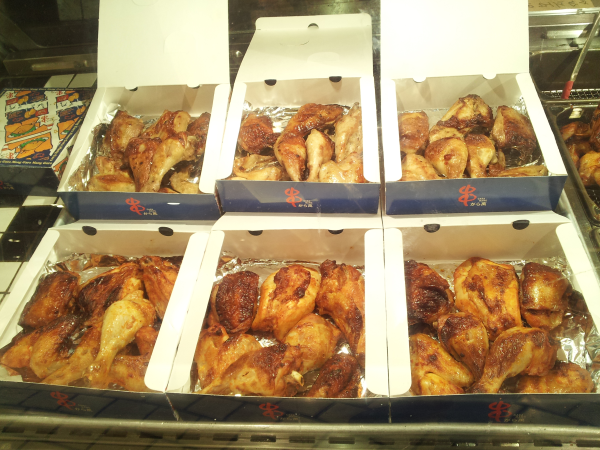 Full-on boxes of roasted chicken. The smell was amazing, but they only sold in bulk like these boxes. I could have cried. 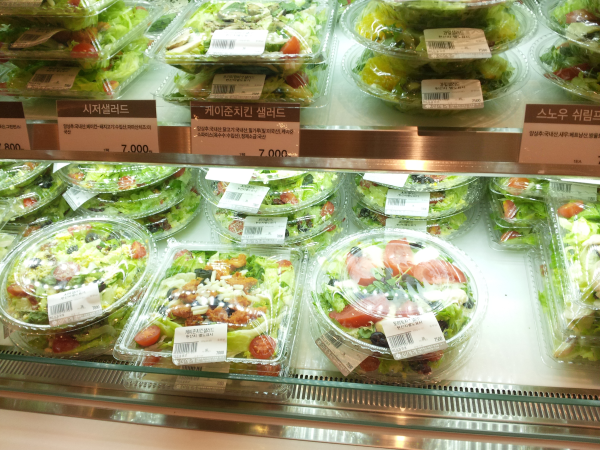 There was one booth dedicated to salads of all sorts. The poppyseed, walnut salad was tempting. 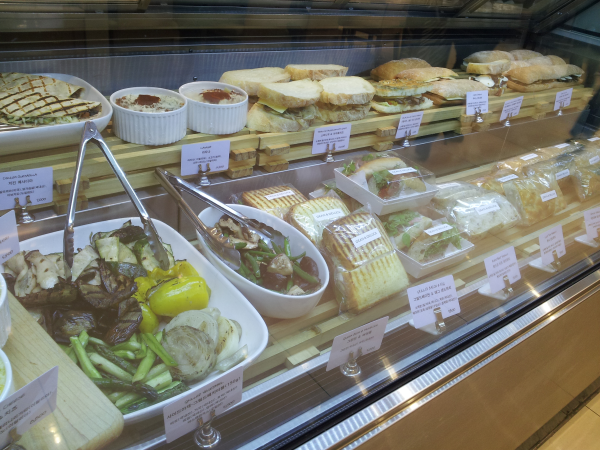 There was even a deli! It had an amazing selection of sandwhich items. There was also a create your own salad option. There were at least 10 kinds of dressing with as many cheese, lettuce, and topping options. 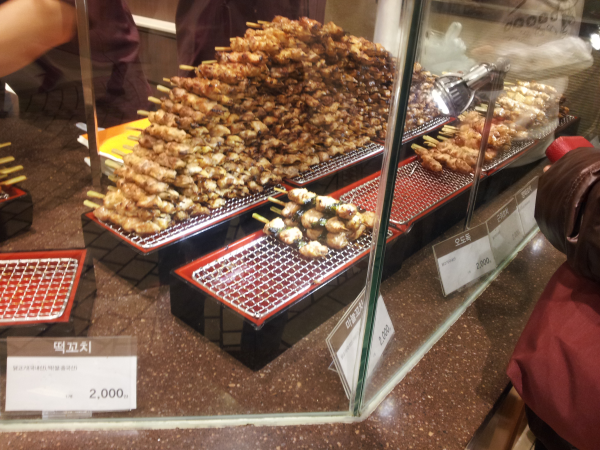 These little chicken kebabs were a little less than $2. They were fresh and tasty though. 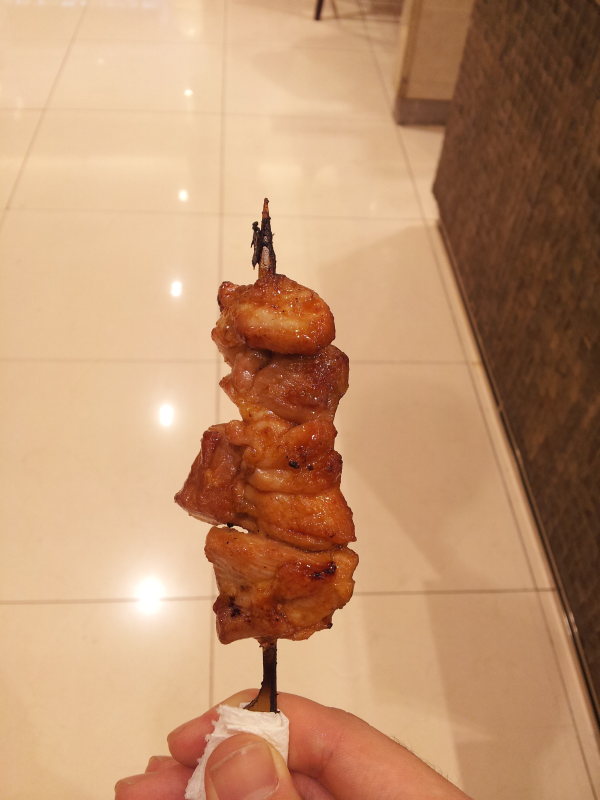 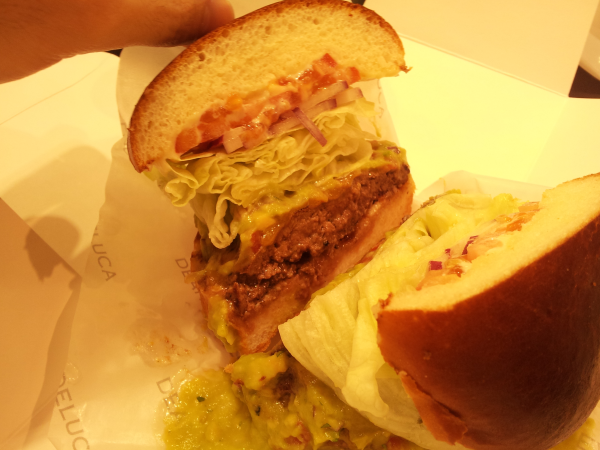 The highlight of the day was this avacado cheeseburger I got from the deli place. I paid a small fortune for it because of the avacados, which are expensive here. It was a good burger, but not worth the price. I might have liked it more if I hadn't eaten a ton of snacks beforehand. Oops.

And what do ya know, in addition to an actual Korean food court, where you can order full Korean meals instead of little snacks like I had, there is a real Johnny Rockets!

How do you find this magical land of food? First find your way to Gangnam Express Bus Terminal. You can stay on street level and simply cross the street to the massive mall next door, or you can go underground to the subway level. It's a massive maze down there, so the best directions I can say is to find the escalators leading down to the Orange number 3 line. Do not go down the escalators. Instead keep walking straight until you see the underground entrance to the Shinsegae building. The food court is right there. Happy Eating! But don't blame me down the line for your fat children.