A friend’s cat recently fell of the top of his 4 story apartment building. The cat is still in the hospital, but after he lived through the first night, it looks like he’ll be OK. Pets are a funny thing, especially while living abroad. At some point, almost everyone considers getting a dog or cat because the distance from and absence of family has that effect. But most people choose to not adopt because their is another option. CAFES! Last week I went downtown to a cat cafe with some friends. Yup, it’s exactly what it sounds like. A cafe full of cats. I expected the place to be shady and dingy with hairballs strewn about and a cat lady hiding under some rags at the register. However, the experience was actually really enjoyable. We ended up staying for almost 3 hours. 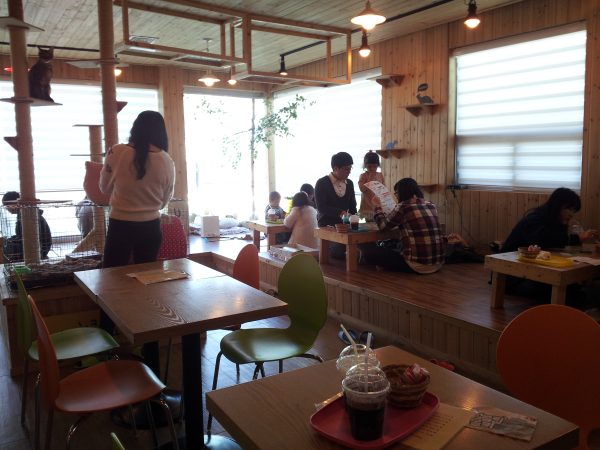 The place was nothing like I expected. On the contrary, it had large windows, clean floors and tables, and very well tended cats. The price of admission was about $7, but that included a drink. I got a pretty tasty strawberry smoothie. Plenty of customers filled the quaintly buzzing cafe on the Saturday we went. We settled down at a table in the center of the cafe. The 15-20 cats did their cat thing. 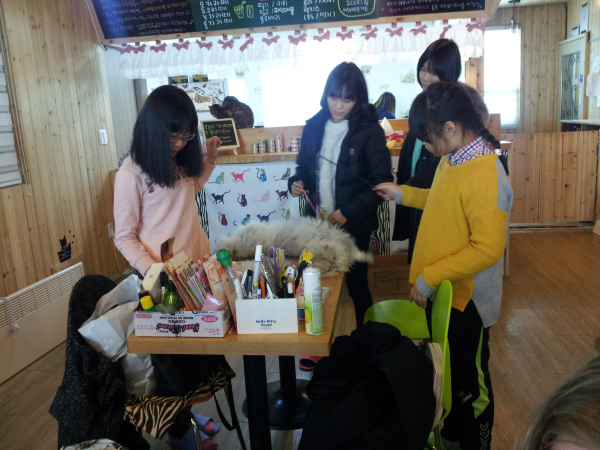 There were plenty of ways to interact with the cats. They were pretty tame, tolerating petting and being chased by children. I grabbed a dangly cat toy thing. I whipped some cats with it. Meh. I’m actually not a cat person at all. I was as close to punting some of them as petting them. A few children but some cat food. The cats didn’t even bother with that much. Cats. Overall, there were some beautiful breeds I’ve never seen before. But we settled down to play one of the many board and card games the cafe hosted. 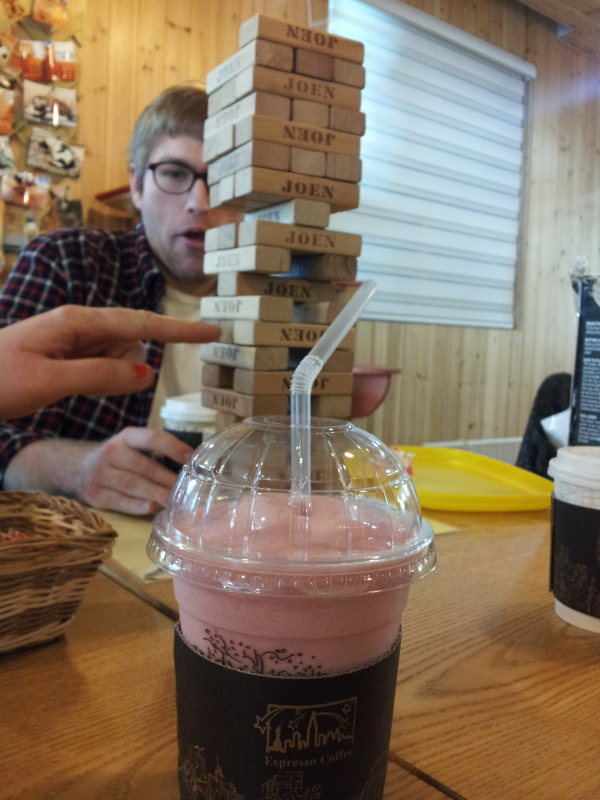 We played a tense game of Jenga that almost ended with a furry whip of a tail. Here’s Steven in a moment of suspense. The girls sitting at the table next tous did have their Jenga game ended by spiteful cat who just jumped on the table to knock the blocks down.

Then we played a random card game called Bohnanza. It was awesome. We played the game twice for a total of two hours while mostly ignoring the cats. This post should really be about this strangely fun game. The basic premise is that you’re a bean farmer. You draw cards and plant beans. You trade seeds and try to sell the most amount of beans essentially. Find it. Play it. Even this cat wanted to play. 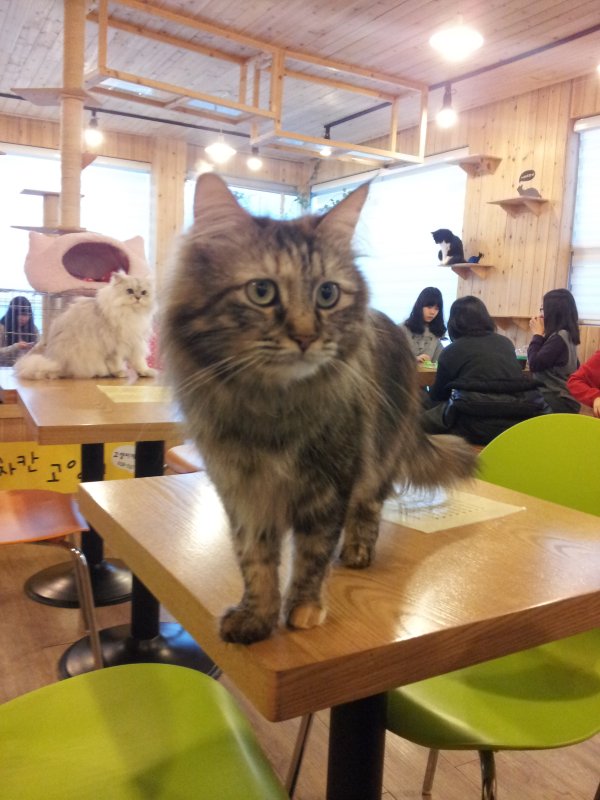 Overall, I would definitely suggest going to a cat cafe if you get the chance. They are fairly common. There is at least one in every large Korean city. Less common are dog cafes. That’s an adventure for next weekend. Stay tuned.