Most con and scam articles start by saying this isn't a con or scam article. But really, this article isn't. How can I prove that to you? Well, I'll make this piece as short, simple, straightforward as I can. 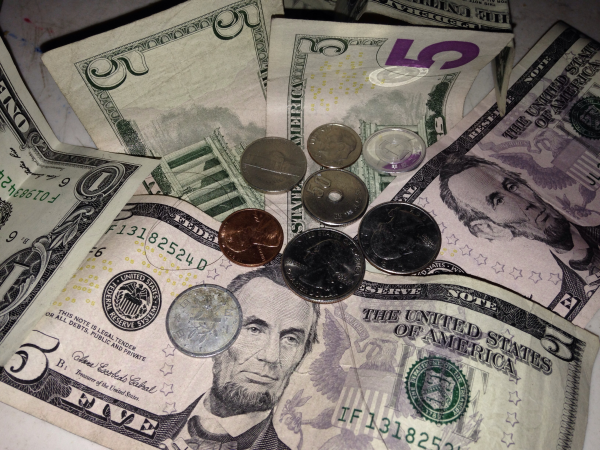 Are you a native English speaker from the United States, United Kingdom, Canada, South Africa, New Zealand, Australia, or Ireland with a four year degree from an accredited university? If yes, you can easily save anywhere from $1,000 to $2,000 a month by teaching English in South Korea for one year. That’s it. Done. No scam, con, trick, or catch. The only catch would probably be your drive to do so, keeping your priorities straight.

There’s a wealth of information on this blog site about how and why to teach in South Korea, so browse around. But right now, let’s talk money. How do you save $1,000 a month? Do you have to scrimp, penny-pinch, budget, or miss out on some weekend adventures? … No. Despite being westernized and having one of the largest economies in the world, the cost of living in South Korea is cheaper than the US or other English speaking countries. More importantly however, the financial situation expats find themselves in when they teach in Korea is exceptional for the average resident of South Korea.

The starting monthly pay for a recent graduate with no teaching experience and a degree in any field is about $2,100. You can find places that pay a little or a lot more, but you’ll easily find this starting salary. Current Korean law generally requires schools to provide free housing to foreign teachers. Boom. Free housing (at least a studio apartment.) When free housing is not provided, the school pays a few hundred dollars a month more, which is plenty for a decent studio flat.

So you have $2,100 to spend on gas, electric, internet and phone bills. I estimate that between the hot summer months and freezing winter months, you’ll spend on average $100 on gas, electricity, and internet. Phone contracts in Korea are similar to US contracts. Let’s go with a high end and say $75 a month.

Now you have $1,925 for food. Food is tricky because the diet is different for everyone. In fact, some may spend a lot more than others on food. Here’s my normal food expenses. I have a fruit shake for breakfast most days. Because I buy bulk ingredients at a market, I estimate each shake at about $1 maximum. For $5, I grab two big rolls of tuna kimbap. That’s my lunch and dinner half of the week. (It’s really awesome kimbap!) The other half of the week, I spend $5 on some other place. For dinner when I haven’t already eaten kimbap, I go to a restaurant or bar with friends. Let’s say I eat out 4 times a week. I’d spend on average $10 for the restaurants that we go to. Total $50 for dinner a week including the occasional homemade dinner. So here’s my food expenses for a long month: $31 for breakfast, $155 for lunch, and $200 for dinner. That’s $386 for food a month. That’s eating out 4 times a week. We can even round up to $400 for wiggle room even though we are already over estimating.

Now, how do you save more than $1,000? 2 ways. The first is you can scrimp, penny-pinch, budget, or miss out on some weekend adventures. I have some friends who refuse to leave their house on weekends. They come out on weeknights, and it works for them. That’s an extra $400 a month or $4,800 a year in savings. The second way is to make more money. Let’s use my friend as an example. He came to Korea with some experience with kids, so he was offered an average monthly take-home of about $2,500 in his first year. After his first year, he got a promotion that bumped his average monthly salary to about $3,000. That’s not typical but not unheard of. He’s had it nice. No more student loans.

If there is a catch, it’s only that you have to move to another country. But, for everyone I’ve met in South Korea, the move has been nowhere near a catch. It’s been an opportunity.

I’ve spent 20 months in South Korea. It’s been the most fulfilling 20 months of my life. I’m not exceptionally brave or adventurous. Most foreign English teachers in Korea aren’t either. You don’t need to be. South Korea has become a western country with an eastern mask. When you get down to it, it’s just like home. Browse this blog site for proof of that.

Anyway, I can’t recommend teaching in South Korea enough. It’s a life-defining experience. And you save some money easily while having some fun. Apply here.