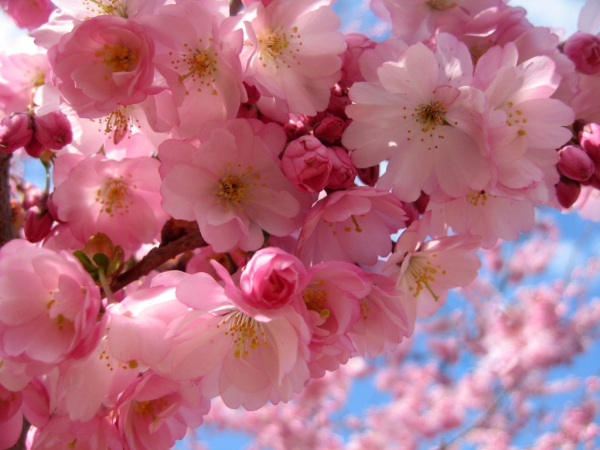 Viewing the unparalleled blooming beauty of cherry blossom trees tops the list on any spring things to do list set in Asian countries. One cherry blossom tree is pretty, but the trees are actually specifically known for having the uncommon trait among trees of blooming within days of each other. That characteristic turns fields into incredible vibrant pink displays.

One thing to note this season is that the early warmer weather has caused the blossoms to open earlier than usual. Korea's Official tourism website has key information on what changes the early blooming event has caused. Click here for more information.

Korea has multiple opportunities to view the blossoms in a classic setting. My favorite is the Jinhae Gunhangje Festival. This year is the 62nd annual event near Gyeonghwa. The park spans several large fields and parks that are simply covered in pink. It's what I think of as the most beautiful place in Korea.

2. Choose from dozens of spring festivals

In addition to being cherry blossom season, spring also kick starts festival season. And boy are there many of them. It’s sometimes difficult to navigate them all and choose which to attend. Korea’s Official Tourism Organization is a resource I cannot tout enough. Here is a handy list of April and May festivals ongoing and to occur.

Among the dozens of festivals, some of the highlights include the Million People Walking Festival of Namsan, Mungyeong Traditional Chasabal Festival, and Lotus Lantern Festival.

3. Check out some modern classic art

Ongoing and ending on April 20th is The Great American Icons Exhibition happening in Gangnam, Seoul. I’m not going to be able to visit the exhibit, but it was on my to-see list for sure. Among the dozens of artists in the contemporary exhibit is Andy Worhol and Roy Lichtenstein. When else will you have a chance to see these American classics in an eastern setting. Get more details at Korea4Expats.com. A great resource for spring-time fun. 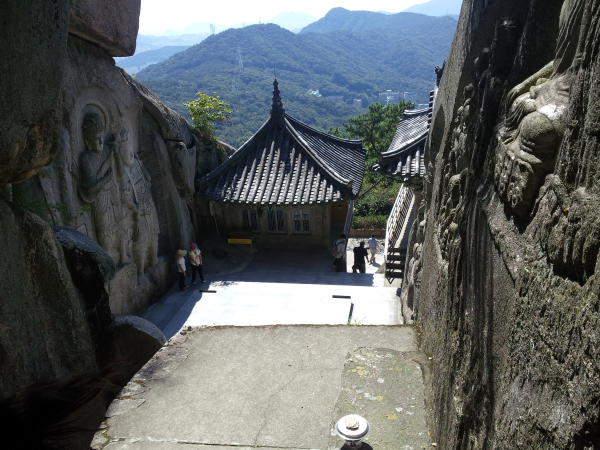 And lastly, why not take a weekend trip in this newfound sunlight? My favorite Korean destination is Busan, Korea’s second largest city. It’s also known as Korea’s top beach city. There are plenty of hostels, museums, and other attractions. I go for the hiking, though. The city is nestled between the ocean and a huge mountain range, making Busan pretty hilly itself.

The best way to travel to Busan from Seoul is by the KTX high speed rail train. It turns a 4-6 hour journey into a 2 hour trip. Not only that, the KTX is pretty fancy compared to the other kinds of trains. The seats are large. The temperature is maintained better any time of year. And the attendants also brings snacks and drinks by regularly. The KTX is worth taking at least once and at least one-way.

If you visit Busan, definitely go to my favorite place in Korea. It’s little-known, but Seukbulsa  is one of the oldest temples in Korea. It is also the most peaceful I’ve been to. Perched on top of a mountain, it offers incredible views of the sprawling city. Learn more about the destination here.

No matter if you choose 1,2,3, or all 4, as long as you get out of your winter hibernation and into the spring sun, you’re bound to have a blast in South Korea!