From Teaching to Being a Head Instructor Vol. 1

After leaving Las Vegas as a manager for a major banking institute, I decided to leave that stressful lifestyle and teach full time here in Seoul, South Korea. I thought using my management skills could really help me in my changing of careers.  I enjoyed teaching and helping my coworkers, so I thought maybe teaching would work for me. I chose Chungdahm because my friend highly recommended it to me. She had worked two years at CDIs around the Seoul/Incheon area.

When talking to my friend, she had told me that Chungdahm was one of the least stressful jobs she has ever had and that also it was one of the most rewarding. After working here for two years, I can completely agree with her. One of the things that I treasure the most is building relationships with students.  My philosophy in teaching and in work is that ‘trust is everything’. These students trust that you and that CDI can help them get to the next level in their English studies. I did not want to disappoint my students, my faculty manager, nor my owner.

Before teacher’s come to Chungdahm, many do not realize that there are two types of Chungdahm Academies. The first kind of academy is a ‘branch’ and this is the one that is owned by Chungdahm Corporation. The second kind of academy is a ‘branchise’ where you actually have an owner of the academy that uses the Chungdahm name.  (Think of this as being similar to McDonalds). From talking to people from both branches and branchises, it seems that branchises are a little bit more easy going than those owned by corporate. Either way, the teaching curriculum is the same but management styles could be different. 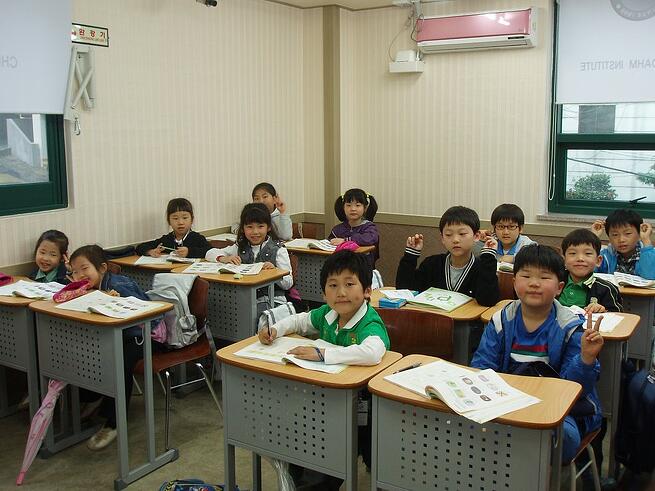 A year and nine months quickly passed by and I got called into the owner’s office right before my class was to start. I always worried about getting called in even though I had developed a good bond with him. He had told me that the current head instructor (HI) would be leaving; he then offered me the position. Most teachers don’t know about the HI position until they get to Korea. The HI is in charge of all of the teachers and in my case, I became the liaison for the CDI managers and my coworkers.

I had been working at that branch for over two years, nearly stress-free, and I have developed some life-long friendships with the teachers. Naturally, I was worried that we could not separate our work from our friendship. So I talked to each teacher privately to see what their feelings were if I were their boss.  I am lucky to have had the support of my teachers and that they trusted me in that I would do my best and do what’s best for the branch’s interests. I was all set. I signed my contract.

We had not started the tablet classes at my location, so I had all of the teachers ‘mock-teach’ using the tablets before we would go to headquarters to be trained.  During one of my teachings, a gentleman we did not know sat in the back of the room observing us. I was nervous because this was my first project that I was in control of as an HI. He commented about our teaching styles and then left the room. When he left, I asked my faculty manager who he was, and she said that he was there to help us with transitioning from books to tablets. That soothed my mind for the time being. 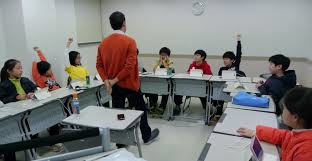 The following week, I got called into a private meeting. The man that was sitting in the back of the room was to become the owner of my branch. I was in complete shock because I did not know what was happening. I also learned that an April Academy would be joining our Chungdahm location. My world was moving too fast. But, my new owner calmed me down and said that he would trust my decisions as HI. I can sincerely say that he has helped my team and I throughout the entire transition. He almost always gets into the branch first and leaves last. That’s what I expect from a leader.

Just like in any job, situations can change in the blink of an eye. We have to learn how to react to it and manage it the best way that we can. As an HI, you have to set the example for your team. You have to instill confidence in them so that when something unpredictable happens, they can adjust quickly. I kept telling myself, through that tumultuous time, ‘things will get better’. Thankfully, they have.