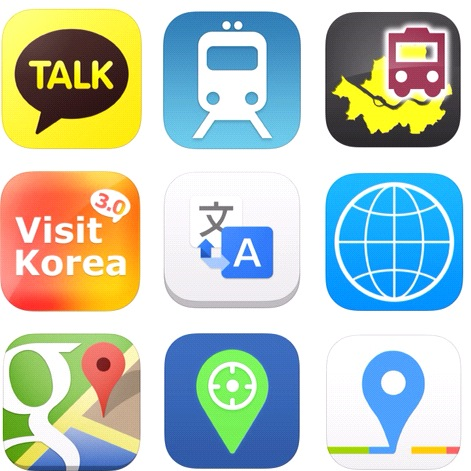 Note: All of the following apps are available in both Apple's App Store and Android's Play Store. AND they're all free! 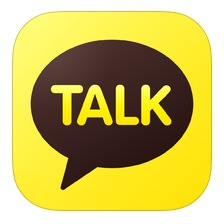 Your smartphone plan will likely have a limited number of texts and minutes, but you don't need to worry about that because KakaoTalk will fill all of your texting (and even calling!) needs. Similar to messaging apps like WhatsApp or Kik, Kakao is Korea's version of free, unlimited messaging. It seems like nearly everyone here uses it, and I've even gotten family and friends back home to install it on their phones so we can text like normal as well. 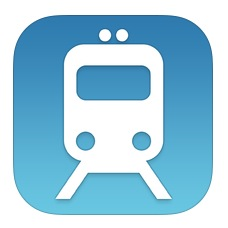 This particular subway app, by Broong Inc, is my favorite one. I've played with a couple others, but this app remains the best from its accuracy to its overall interface and design. Not only does it cover all of Korea's major cities and their respective subways, but it gives detailed information about routes from the time you have to transfer in a station to the particular doors you should be at for your needed transfer or exit.

I will say, every now and then I spot a route that is actually faster than the one suggested by the app, but overall, it hasn't lead me astray and it's been a necessity for living here.

Getting around by bus, whether it's just around Incheon or all the way into Seoul, is extremely convenient and inexpensive. I take the bus to commute to work each day and this app has been very helpful. I saved the bus stop number in the app so that as I'm getting ready for work, I can keep an eye on the arrival time of the next bus. The impressive part is it's really accurate, constantly updating should a bus get delayed in traffic.

I'm listing only the Seoul Bus app here since I don't have firsthand experience with the bus apps for other cities -- so please leave a comment below if you have anything helpful for people located in the likes of Busan or Daegu!

A lot of my travels around Korea to various cities and festivals have been planned with the help of the Korea Tourism Organization's website. All of this information, of course, is also on their app!

Covering the entire country, the app gives you news about what's happening around Korea, activities nearby to your current location, addresses of events and attractions, and all of the admission information you'd need. Definitely worth browsing through when you're planning a weekend trip!

These two are my go-to apps when I need to translate something, and while I use both, I'm sure a lot of people have a preference. Google in particular can be a bit wonky with its translations, but my students have told me they prefer using Google. iTranslate does spoken translation, which isn't too bad. I typically use whichever one gives me a translation that makes the most sense. I will let you decide what you like the best, but I recommend checking both out.

This app was actually just recently introduced to me by a friend. We were wandering around in a somewhat unfamiliar area of Seoul, feeling hungry, and weren't sure which direction would yield the most restaurants. She whipped out her phone and this app and voila! Lots of restaurants to choose from. I've used apps like this back in the States but for some (dumb) reason, never tried to find one here in Korea. Definitely going to be utilizing this more!

Depending on the requirements for what is needed in a map app and one's ability to read Korean, these are the three top hits for navigation apps. I still prefer Google, simply because it's what I've been using for years. Google's coverage of Korea seems to have improved since I first came here, so for the very few times I actually need to whip out a map, it's handy.

However, I've also had great success with Naver and Daum, which are both Korean companies and therefore much more accurate and detailed. The latter two require you to be able to read more Korean than Google, but that shouldn't stop you from checking them out.

Obviously, this is just the tip of the iceberg when it comes to helpful apps in Korea. Do you know of any others? Have any opinions to weigh in on what's good and bad? Leave a comment below!