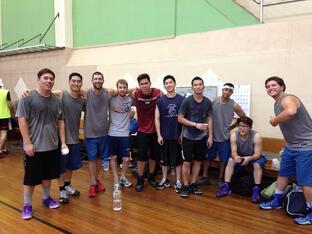 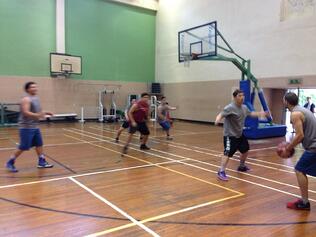 On July 27, 2014, Chungdahm branches from all over the Seoul area participated in a 3-on-3 basketball tournament for trophies, cash, and prizes. We all gathered at Songpa’s YMCA (outside of Jamsil station) to partake in the festivities. The branches that participated were: Pyeongchon, Daechi, Bundang, Ilsan, Chungdahm, Hwajeong/Gwangjin/Gangdong, Seodaemun, Seocho, Junggye, Gwangmyeong, Gangbuk, and Chungdahm HQ. (There are so many Chungdahm branches in and around Seoul, we couldn’t figure out where half of these were located.) It was a double elimination tournament where players had to battle not only each other but also the building’s humidity. Everyone brought their A game and some groups even brought a cheering section to support their team. It was a great time and we are looking forward to hold another tournament in the upcoming months. 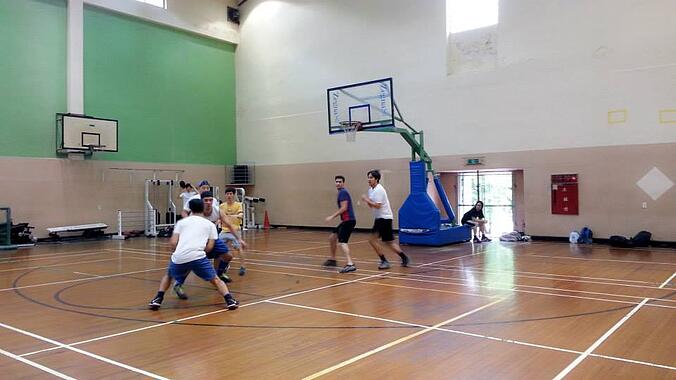 Apart from the bowling tournament held earlier this year, this was Chungdahm’s second sporting event with its social club. We were able to meet and see new and old faces (some faces we hadn’t even seen since training). It was also nice to see members of Chungdahm HQ get out of their cubicles and participate in the event. I don’t think a lot of people were expecting it to be so intesne. Shots were blocked, bodies were flying around chasing after loose balls, and people were sinking shots trying their best to represent their branch. But in the end, there could only be one Chungdahm champion.

After playing our games inside the YMCA it was time for us to move outside to find out who would be king of the courts. Players had to battle the heat, humidity, and sunlight to fight for this championship. Team Leader Paul Chang led Gwangmyeong to a third place finish. And in the championship game, it was Eugene Rhee’s Chungdahm HQ versus Jake Kim’s Gangbuk. Chungdahm HQ fell to Gangbuk thus leaving the Gangbuk Branch the first Chungdahm 3-on-3 Basketball Tournament Champions. Congratulations to Gangbuk’s team of Jake Kim, Chris Dewberry, Richard Park, Timmy Chang, and Scott Panitz. Hopefully, if there is a second tournament this year they will be willing to defend their championship. 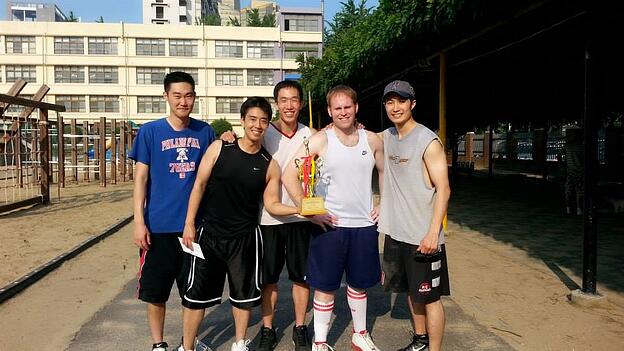 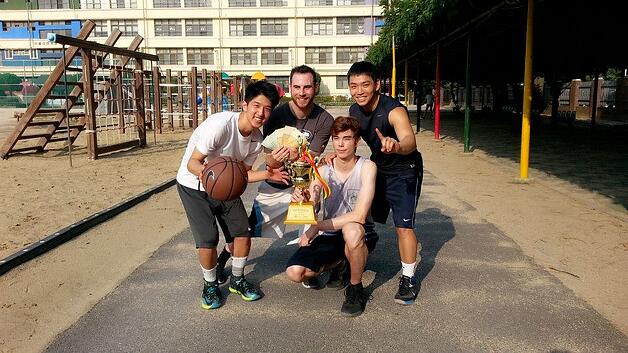 Chungdahm provided beverages and a lot of 48-inch pizzas (there were so many leftovers, whole pizza pies were taken home) to the players and spectators of the tournament. Not only that, but a raffle was done where players won cell phone/tablet battery chargers and $50 Starbucks gift cards. A special thank you to those at HQ who helped put this together especially to our organizer Brian Ro. Also, a special thanks to Scott Kwon for conducting the raffle and to Jane Cheong who provided the photography for the event. Hopefully, we will have more successful events like this one in the future!