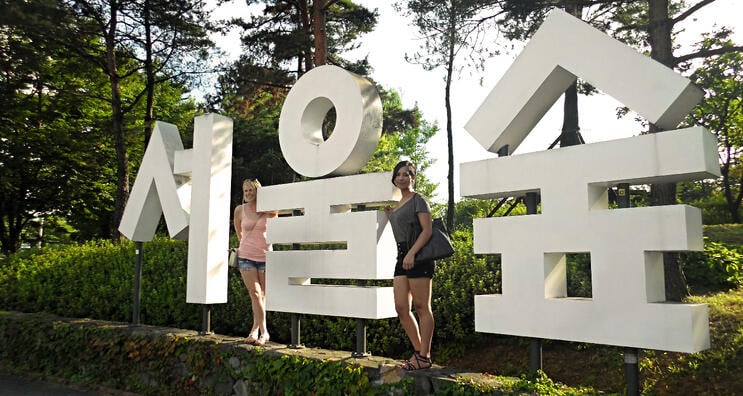 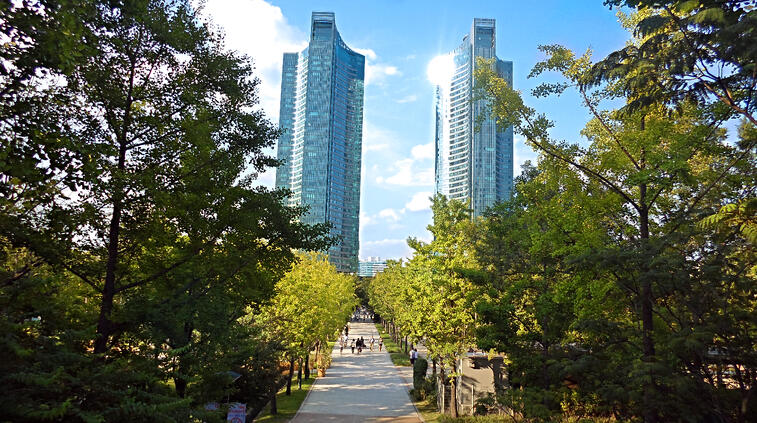 Seoul Forest was opened on June 18, 2005. Previously the ground had been used for royal hunting and military inspections. It was then later used for water-treatments, a golf course, a horse racing facility, and now a sports park. The Forest is located on Ttukseom Island and went under large constructions and renovations before the park was re-opened. 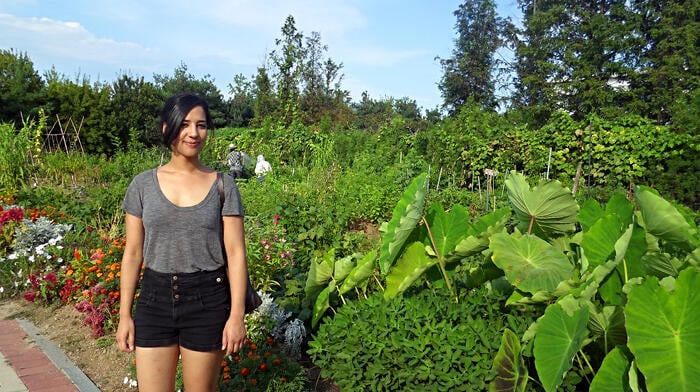 Seoul Forest consists of 5 parks and is considered an eco-friendly zone by all the people living in it. It is becoming similar to Hyde Park in the London and Central Park in New York. When we visited the park it was uncanny how similar it related  to its Western counterparts. There were families, friends and loved ones playing baseball on the grass while enjoying a picnic at the picnic tables. There were people everywhere, in groups, enjoying meals and drinking wine. The only notable differences was the K-pop high school group practicing their dance moves on the lawns and the Korean camping spots set up everywhere. It is popular in Korea to take your mini-tent to picnic areas and sleep in them all day. 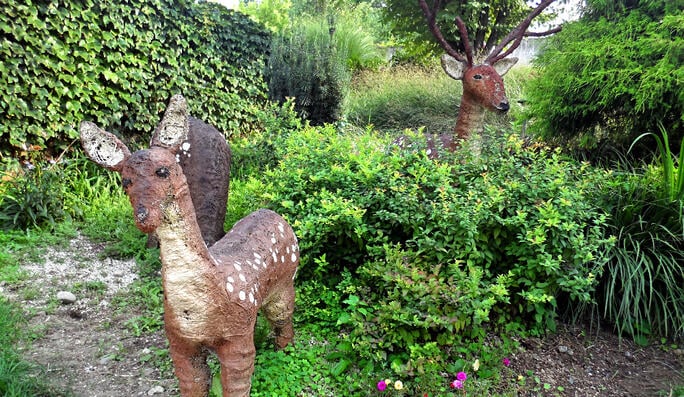 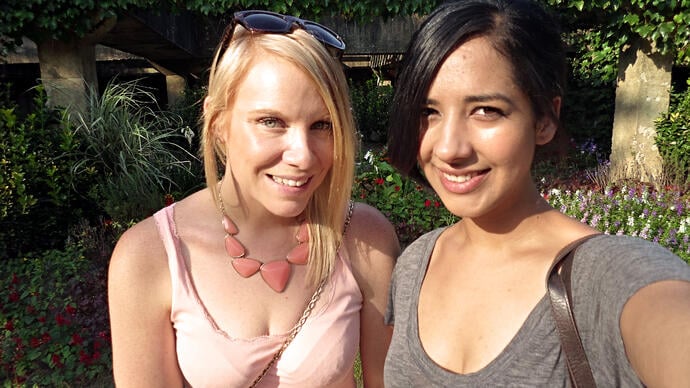 The 5 parks names are the Cultural Art Park, the Ecological Forest, Nature Experiencing Study Field, Wetlands Ecological Field, Hangang River Waterside Park. A thing that stood out was the mini-garden areas. These areas had Ajumma’s and Ajossi’s working merrily doing gardening in the park at the own free-will. It was called the “Community Garden.” The idea of the garden is to encourage the communities that surround it to engage in their eco-systems. Sustaining growth and vegetation in their own communal way. 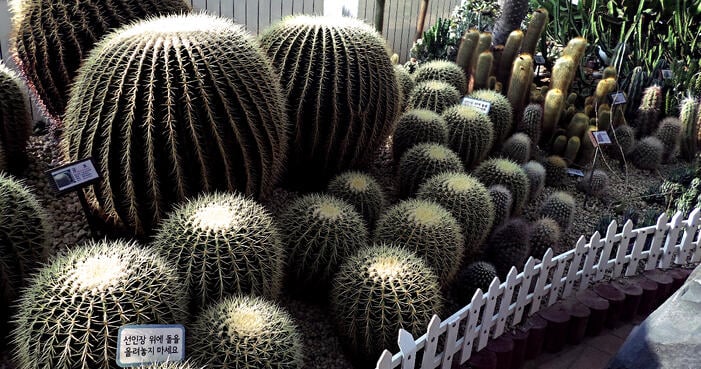 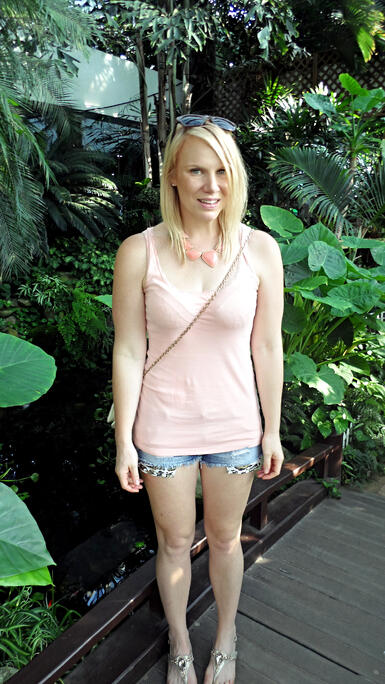 In the Nature Experiencing Study Field park there was insect and animal studies that allowed people to interact with different habitats. These could be found in two large green houses. Other fun activities include deer feeding, insect classes and a family eco tour. There are also botanical gardens, a bird conservatory and a skate park. 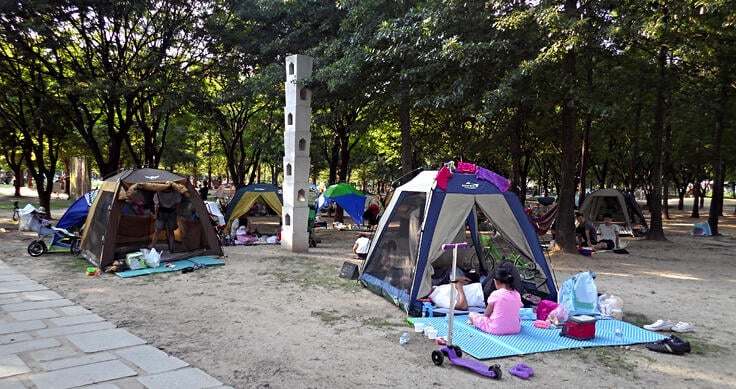 The park is located on the Bundang Line. Get off at Seoul Forest Station and walk out of exit 3. It will take you about 5 minutes to walk to the park. You can also take buses 2014, 2412, 2413 or 2224 and get off at Seoul Forest. Another way to experience the park is to rent bicycles and cycle from place to place. It is a rather large area so bikes might be a better option than walking. Bicycle rentals cost 3,000W per hour. 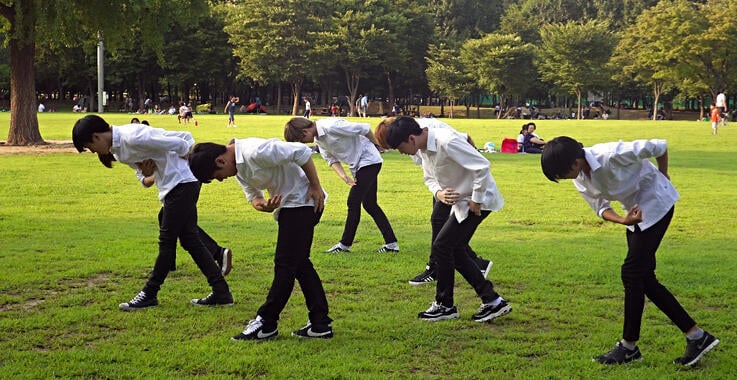 Seoul Forest is a great place to relax for the day, enjoy the sunshine and have a picnic with friends. It is a place where you can escape from the hustle and bustle of the city. Keep in mind that weekends can be busy at Seoul Forest, so do not expect it to be empty, but at least the people who go there have respect for the calm atmosphere and like to keep it that way. Everyone in Seoul needs a bit of an escape from this restless giant. Other recommended places to go would be Hangang River Park, Seolleung Park Royal Tombs, and Bukhansan Mountain.