Over the Chuseok long weekend, it seemed appropriate to get some Korean culture inside of us. Korea is filled with different museums and Seoul's Museum of Modern Contemporary Art was highly recommended by one of my friends. Near Gyeongbokgung Palace, there is a vast area of restaurants and museums that couples and tourists flock to over the weekend. The Museum of Modern Contemporary Art is just one of the sister museums located in Korea. The others being in Gwacheon, Deoksugung, and Cheongju.

The museum is located right outside of Gyeongbokgung Palace (Gwanghwamun Station Purple Line #5). If you have never been to Gyeongbokgung Palace, it is a must see in Seoul as well as the National Folk Museum of Korea located on the Palace’s premise (my personal favorite). 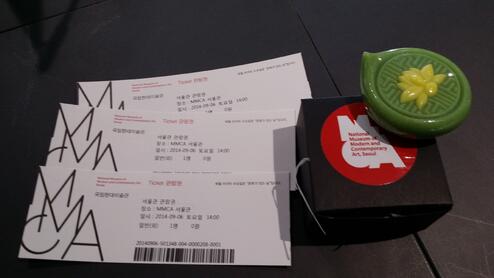 Since we went on Chuseok weekend, we were not expecting to be that many people at the museum. However, many tourists decided to take advantage of the free admission plus the small gift for the holiday. Normally, the admission price is about 4000 won, but if you go after 6PM, it is free. There is also a cafe located inside the museum. They serve paninis, pastas, and coffee. The panini I had was one of the better ones I have had in Korea (baby arugula, prosciutto, and buffalo milk mozzarella) but it was a bit pricey for just a panini.

From the cafe, you can see one of the art exhibits outside of the building. Created by the project team Moon Ji Bang, their Shinseon Play won the Young Architects Program of 2014. Winners have been able to showcase their outwork all over the world. This year, the project team wanted to describe a piece of Korea’s history through its art. Looking like giant mushrooms or marshmallows, these are supposed to be clouds. In the middle of the clouds is a staircase that lets you take a view as if you are walking on clouds. Or if you are an adventurous young child, you can go play on the trampoline and try to ‘jump’ into and above the clouds. The little kid inside of me wanted to go play on that trampoline, however, I assumed there was an age limit because there was a line of only little kids with their parents. We had to settle to take the staircase and take the view from the top.

Another famous piece of artwork is Suh Do Ho’s ‘Home within a home’. In this large, two-story piece, the artist combines Korea’s old homes inside new homes. So if you look carefully, you can see the hanok inside the outline of what may be an upscale home. The artist does this to show how individuals are shaped by the environment that surrounds them. Therefore, blending the new and the old together to create a masterpiece. This was one of only a few places we were allowed to take photographs so taking pictures here was a must. 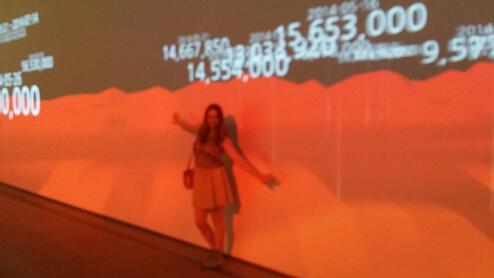 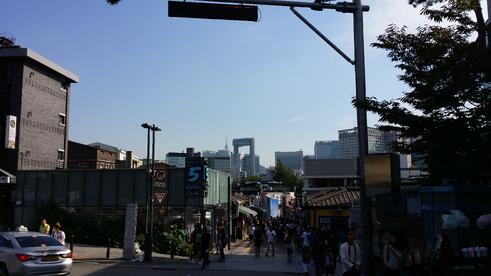 There are so many different art exhibits and video halls inside the Museum of Modern Contemporary Art, one could easily spend hours there. But as the temperatures decided to cool down, it was best to explore the Samcheongdong area which is known as being a couple’s hotspot. The streets of Samcheongdong are filled with one-of-a-kind clothing stores as well as boutique eateries. Not only that, but it is a great place to take pictures. Along the walls of Samcheongdong are murals that bring this area to life. Feel free to take many pictures and listen to the musical artists who perform on the streets that lead to Insadong. 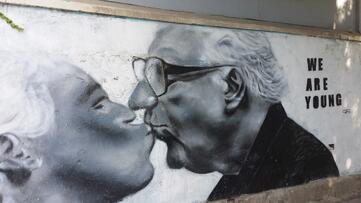 Tags: Korean culture, Teach English in Korea, Teach in Asia, things to do on the weekend, museums in Korea, museum of modern and contemporary art, Weekend activities in Korea