Busan: An Easy Day Trip to Make While Teaching in Korea

When you live in South Korea you will be spoiled for choice when it comes to fun and interesting cities to visit, from Seoul, which is the capital to Daegu (where I live) to Busan or the beach cities as it's known. The list of places to see and things to do is literally endless. 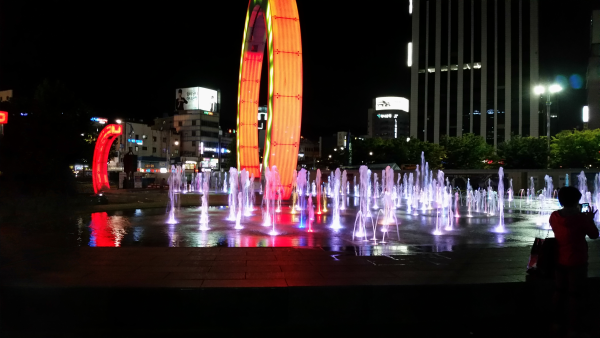 One thing I love about teaching English and living in South Korea is that the public transport network makes it possible to travel all over this peninsula with relative ease. Which is why when some of the other English teachers and I decided to go to Busan for a last minute day-trip. We knew it would be very easy to get there, and it was. We decided last Friday to head to Busan on Saturday morning. We booked tickets on the KTX (Koreas’ version of the bullet train). For $13 each way and within 45 minutes we arrived in Busan. 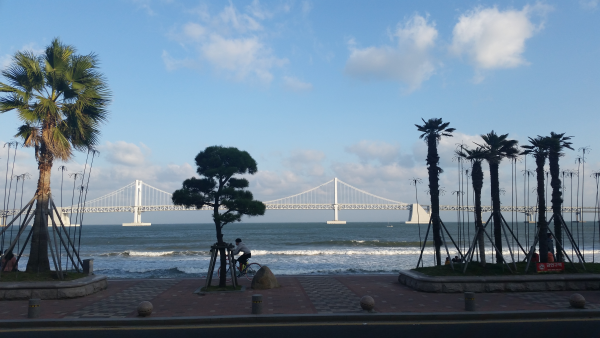 Busan itself is Korea’s second largest city, and what makes it even more special is that it is located on the coast, which means there is no shortage of seafood restaurants. In fact, Busan has a world famous fish market, which is where we decided to eat dinner. Even though I have been to Busan many times and have eaten lots of delicious seafood there, I have never been to the fish market, so naturally I was very excited when we decided to eat there last weekend; and I can safely say I was not disappointed. Not only was it cheap, but the food was so fresh and delicious. 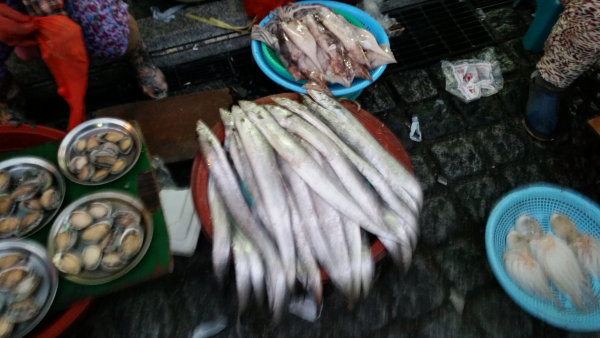 (One of many fish stalls at the market) 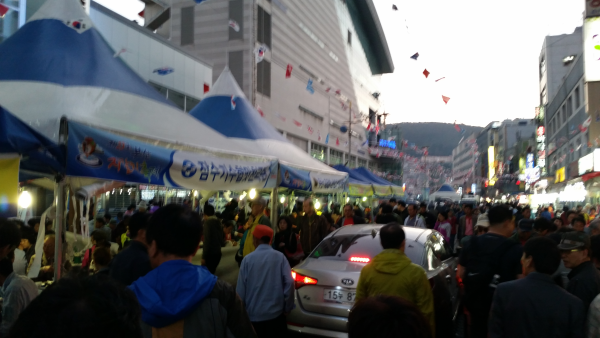 (sorry for the blurred photo)

From the Korean style raw fish or Hwe as it’s known here to cooked muscles, barbecued scallops and the steamed shrimp, the choices of seafood was literally endless, and being in Korea each dish was cooked in a very traditional style, enjoyed with gochujan and soju.

We were having such a feast at the market that we changed our KTX return ticket and opted for a later return, (This was really easy to do only taking 4 minutes using my Smartphone to change the reservation, and what was even better was that it was free to change our tickets). 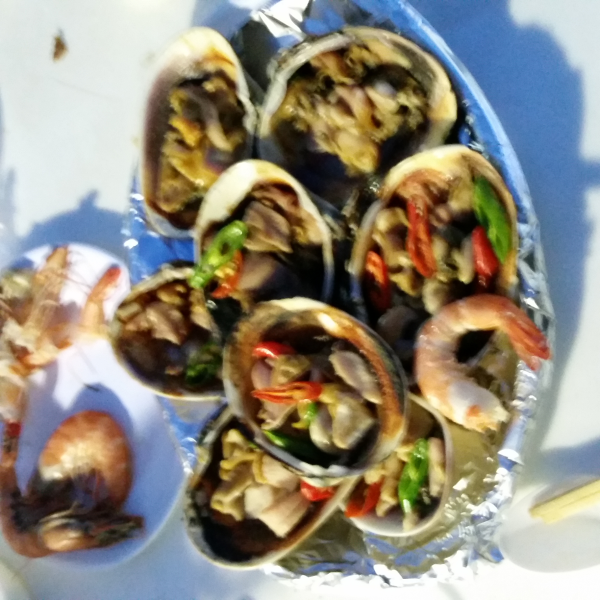 (so good, BBQ'd scallops with chillies) 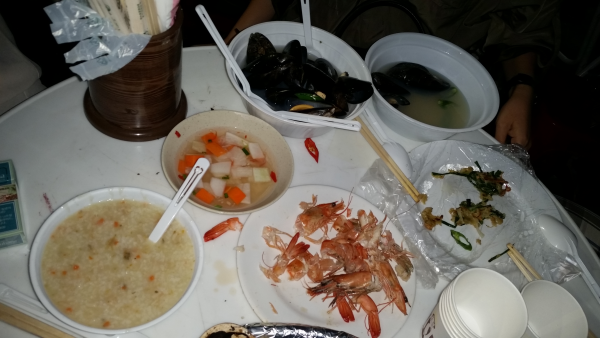 (This food was so cheap, it worked out at less than $11 per person, and we ate a lot)

Before arriving at the fish market that evening, we had lots of time to enjoy Gwangalli beach. Gwangalli is one of my favorite beaches, and is known around Korea for the amazing fireworks festival which happens every year. (In fact, it will be kicking off again in two weeks so watch out for my blog about it). This time of year the weather in Korea is not too hot and not too cold, so the weather was perfect for walking along the beach or enjoying a coffee at one of the many open window coffee shops, which overlook the beach & the famous bridge (pictured above).

Before heading back to Daegu, we decided to sit by the water for a while and listen to the waves. It was really amazing. Moments like these are why teaching English in South Korea has been one of the best decisions I have ever made.