One of the best things about living in South Korea is its location. It is so easy to travel around this part of Asia. Going to visit Japan, China and even Thailand for a quick vacation could not be easier. (And what's even better,  as an Irish person, in most cases you don't need a visa.) 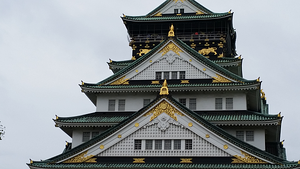 Two months ago, my friend and I decided to plan a weekend to Japan. We decided to see Osaka and Kyoto. We found some reasonable flights from Busan to Osaka, which is just a one hour flight, and it cost around $250 for the airfare. We then booked a hotel in Osaka for around $60 each for the two night stay. We had heard that Japan was expensive, so the fact we got our flights and accommodation for such a great price was a bonus. (One thing about Asia is that there are many airlines that charge reasonable fares. We flew Asiana and Air Busan. 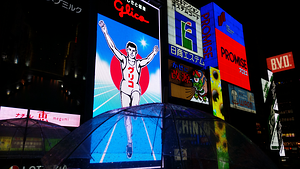 (Downtown Osaka, so many illuminations.)

When we arrived at Osaka, to save time we looked into getting a taxi to our hotel, which was 40 minutes away. However, it turns out that this would have cost around $160! So, naturally we decided to get the bus to the Osaka bus station.  This only cost $10 each.  The bus was an express bus; it took 45 minutes and was very comfortable.  We then got a taxi from the Osaka bus station to our hotel, which only cost $10 as well.

I had heard that the subway system in Osaka was difficult to navigate; due mainly to the fact that it’s all in Japanese, and while this was true for the most part, we did find an English map.  Sine each subway station is numbered, once you know the station number you can get to where you need to go easily (our hotel was C17, the downtown area Namba was M20 for example). Also if you look at the station map it tells you how much the fare is to each stop, which was very convenient (Each trips cost between: $1.50 - $2.80).

(The Golden temple, amazing, it was very busy - go early to avoide the crowds). 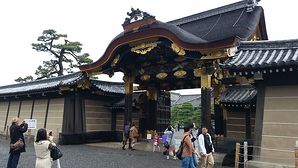 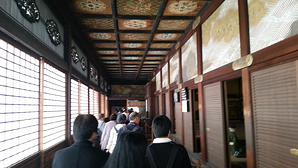 Because we were only going to Japan for a weekend, we decided to spend one day in Osaka and one day in Kyoto.  Osaka was really great, there are so many things to do and see. Since the castle was beside our hotel, we viewed this first. That night we went to the downtown area and walked around taking in all the sights, and trying many of the delicious street foods. On Sunday, we took the Super-Rapid train from Osaka to Kyoto; this 21 minute trip cost $5.60 each way. Once we got to Kyoto we bought a one-day public transport pass, it cost $5 and came with a very user-friendly map. The map noted all the major attractions along the bus routes.  Again this was very easy to navigate and made the short time we had in Kyoto very efficient. Meaning we got to see everything we wanted.

One thing I really wanted to do while I was in Japan was to partake in a traditional tea ceremony. While we were in Kyoto we attended a teahouse, where they not only made us tea, but they showed us how to make it and gave us a history lesson on the ceremony and demonstrated how to properly drink the tea. The tea ceremony took just under one hour and it cost only $20. If you visit Kyoto, you will find many teahouses in Gion, which is the traditional Geisha district.  The architecture there is amazing, well worth a visit. 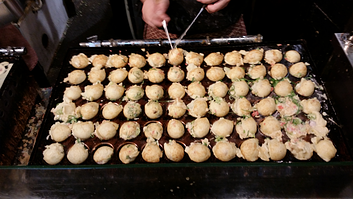 Of course you cannot go to Japan without trying some of the amazing Sushi, okonomiyaki and takoyaki. Okonomiyaki is one of my favorite Asian dishes. It’s usually always seafood based, however, we tried pork and beef varieties while in Japan. Takoyaki is similar in taste; however it is served in individual balls (see picture above). All of the Takoyaki we had in Japan was seafood based, filled with octopus and muscles. The texture of both is similar to a moist pancake, and what makes each dish delicious, is the brown sauce and dried fish flakes served on top. 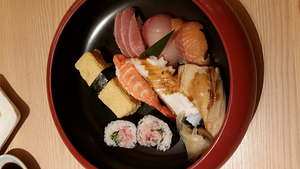 In terms of cost, food in Japan is more expensive than in South Korea, but it was not too bad of a price hike. The plate of Sushi pictured above cost $11, while the Takoyaki and Okonomiyaki cost $5 - $7 per portion. One thing that was expensive in Japan was alcohol, with one beer costing an average $7 per glass.

Overall: Japan is an amazing country and there are so many temples and sights to see. While Japan was not the cheapest county I have ever visited in Asia, there are many aspects of the country that make it well worth the trip. The public transport system makes it easy to travel around and the people were so kind and friendly. I am already planning another weekend trip to Japan, next time I am thinking of going to Tokyo. One thing I would advise if you intend on visiting Japan is bring lots of cash. In Korea you can use a debit card everywhere, even paying for taxis with card is usual here. In Japan cards are not widely accepted. Also, make sure you check your timing with airport busses as tickets cannot be purchased in advance, so it’s first come-first-served.  Make sure you leave plenty of time should you have to wait for the next bus.

Living in South Korea means that weekend trips like this one are possible all the time.  It makes living in this part of Asia very exciting. Between all the festivals Korea has to offer and all the amazing travel locations there are, a weekend as an English teacher is anything but boring.