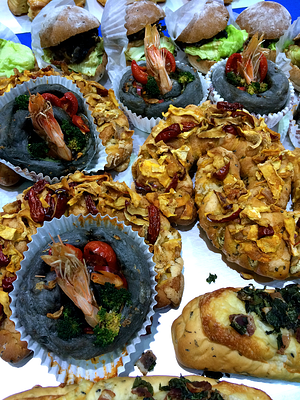 This year, the event was held from November 12th through 15th at the Coex Convention Center in Seoul. When I found the information in October, Food Week Korea was offering free admission if visitors registered online by October 31st, which is something you should keep in mind when the festival is coming around again next year! Admission was only W10,000, but I'm happy I was able to spend the money I'd saved on admission costs elsewhere within the exhibition (meaning: on food!).

Upon arrival, picking up our tickets was easy, which came in the form of a laminate! From there, we headed straight into the closest exhibition hall, which featured the Global Food Fair. It was overwhelming, but great. Often, the lines were long, but they almost all moved quickly. We sampled cooked meat from Europe, various flavored chips from Russia, desserts from Japan, and dried fruits and snack foods from the countries of Southeast Asia. 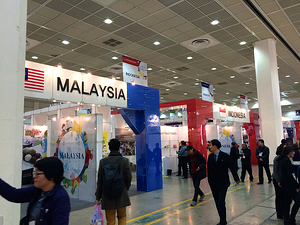 The next section we visited was the Bakery Fair. There were so many breads and cakes and coffees to taste that I lost count. This was where we spent our money: we found a bakery selling delicious sourdough loaves and another kiosk selling varieties of baklava. On the day we attended, this area was definitely the most congested, as it seemed everyone had a sweet tooth. 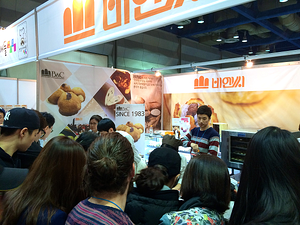 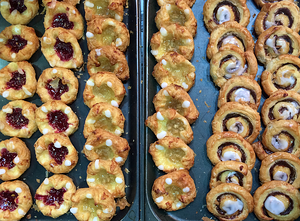 We also spotted a couple of cooking shows being filmed for a live audience, which was an interesting thing to observe, and found an entire area of elaborate cakes and desserts on display for a contest. Some of the entries reminded me of the fancy cake displays at the state fairs back in the States, so admiring the skill required to make these things was also fun: 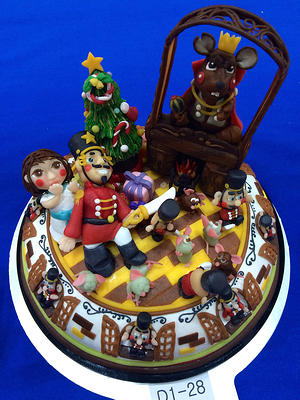 After that, we checked out the last two sections, the Local Food Fair and the Dining Fair. As it was nearing Food Week Korea's closing hour, these areas were quite empty and some booths were packing up. But, within the Local Food Fair, we still got to sample some types of kimchi and other Korean traditional foods. Then, within the Dining Fair there were two smaller festivals: the Great Korean Beer Festival and the Korean Traditional Liquor Grand Festival. We sampled countless types of makgeolli and learned that 41-year-old soju is just as bad tasting as the cheap bottles in the convenience stores.

It was a fun experience, and definitely something I would recommend checking out. Some parts of the festival are definitely geared towards people who work within the food industry, but the public was very welcome and all the exhibitors we spoke with were very informative and friendly. Keep an eye out for this event next year!