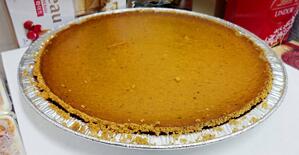 A lot of foreigners are terrified to be alone during their first holidays that they are abroad. This is certainly not the case in Korea. There are so many expats from all over the world currently residing in cities like Seoul and Busan that it is nearly impossible to miss out on holiday festivities. Plenty of restaurants and bars alike will hold events on worldwide holidays, and ordering big Thanksgiving meals has never been easier with the current services that are offered in Korea. And if you are isolated in a small town, it is easy to hop on any form of transport and head to a big city where you will for sure be able to find an event revolving around your favorite festivity.

Thanksgiving this year in Korea was a treat. On Thanksgiving day we had a potluck event at our branch in Jamsil. Every foreign teacher and Korean staff alike, prepared various dishes and food. There was an array of food from all over the world including turkey, mashed potatoes and pumpkin pie. It was an interesting twist to have Korean dishes like tabokki, kimchi and a Chinese sweet and sour pork included. The great thing about living in Korea is the different mix of expats you meet here. On holidays like American Thanksgiving, you get to share your culture with other people and at our branch we enjoyed a meal together with South Africans, Canadians, Americans and Koreans. 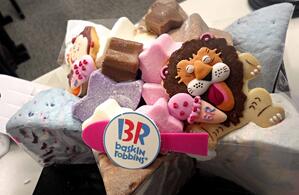 Thanksgiving festivities were extended to the weekend where a group of friends from all over the world got together and prepared a Thanksgiving meal at a friend’s apartment in Yongsan, Seoul. Generally we set up a Facebook group and organize events this way. The group ventures from all over Korea to meet up to share a good time together, creating friendship bonds that only Korea understands.  We ordered a Thanksgiving meal from a popular website in Korea and got them to deliver the food to the apartment. It was a pretty good deal, for $30.00 each we enjoyed a delicious meal that included turkey, mashed potatoes, quiche, pumpkin pie, wine, rum, salads and mac-cheese. Everybody got dressed up for the event and during the turkey cutting we said our thanks and cheers to good times living abroad.

Another Thanksgiving weekend event that was an option was joining a group of foreigners and Koreans in the Sincheon Meet-up group. There is a website called Meet-up that has various meet-up events on it. It is a great way to make new friends living abroad and share cultural experiences with Koreans. The group met up on Saturday night at Big Bites, a Mexican restaurant, for a night out and a different type of cultural Thanksgiving celebration. The group currently includes Americans, Koreans, Korean-Americans, South Africans and a Brit.

Previous years for Thanksgiving celebrations in Korea have included venturing to different parts of the country. One year we celebrated in the small town called Buyeo in Chuncheongnam-do province and another year we celebrated at the UNESCO Peace Village in Icheon, Gyeonggi-do province. Every year has been different with a great variety of people from all over the world and each experience has been unique and special in every possible way.