Commuting to work as an English Teacher in Korea 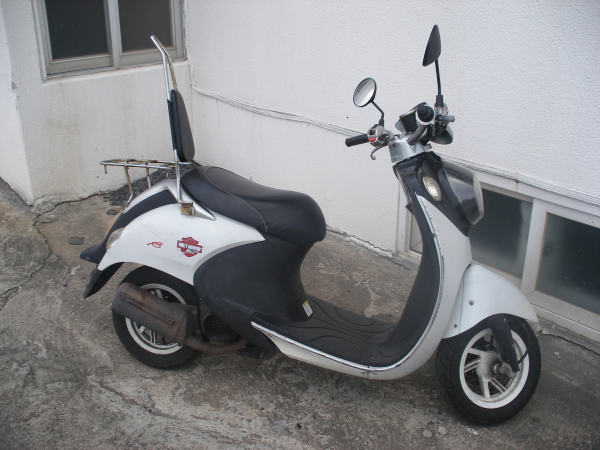 My newest form of transportation!

When I started thinking about teaching English in Korea, I had lots of worries and concerns. What was the work going to be like? What about the language barrier? And my living conditions? One concern that didn’t cross my mind until only a few days before my actual first day of teaching was how I was going to get to and from work. What would be the easiest, cheapest option?

Fortunately, when I first arrived, my apartment was so close to the school that it was it was only a 10 minute walk. This was ideal as I did not have to worry about transportation at all. I was relieved as well because I heard rumors of some teachers living up to an hour away from their schools. I walked to and from school for the first 6 months of my contract and then I decided to move to a bigger place because my girlfriend was coming to live with me.

We did happen to find a much bigger and nicer place, however, it was now a 45 minute walk to school. On nice days, and when I was not feeling lazy, I would make the trek. But more often than not, I would find myself taking a taxi. Ideally, I would have liked to take a bus, but there was no convenient bus route close to us. The good thing about this arrangement is that taxi fares are generally a lot cheaper than in the United States. Getting to and from work only cost roughly $5 total.

We had a bit of bad luck with the owner of that nice apartment so we just recently had to move another time. I never thought that I would live in three places while I was teaching in Korea! With only two months left on my contract, we had to rent out a pension that is located well outside the city and a good distance from the school. Buses were not an option as they do not run past 10 p.m. (I get off work at 10 p.m.) and daily taxi rides were just too expensive. Not seeing any other option, I was forced to look for my own transportation. This is fairly common with a lot of expats though. In fact, I would say that the majority of foreigners living on Jeju have their own transportation. Finding a scooter or car is incredibly easy. I spoke with a coworker who had an extra scooter and he loaned it to me for two months. Now I am riding to work on a scooter.

Besides feeling a little bit like Harry and Lloyd from Dumb and Dumber (riding a tiny scooter in the middle of a Korean winter can be a little nippy), I have no problems riding to and from work. I do not have insurance or a license (not required for scooters) so if you want to get a scooter, you just have to find one for sell.

If you live in a major city, you should have more bus and metro options, but if you are placed in a smaller area, expect to be a little more creative in how you get to work. Taxis, bikes, on foot, or driving might be your best bets!!