What I'll Miss From Teaching in Korea: Pizza 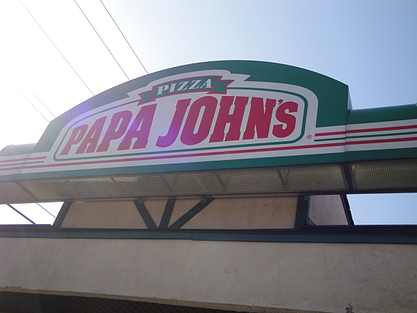 One of the most popular foods ordered by ChungDahm instructors at my branch is pizza! It’s extremely convenient because it’s close by, cheap, and quick to pick up. Now, you may be wondering why I’m blogging about pizza. Well, the pizza in Korea is very different from what we are accustomed to in the U.S., and I had the most delicious pizza experience that I just had to share it with you. The typical pizzas from a delivery place in the U.S. are cheese, pepperoni, sausage, supreme, veggie, hawaiian, and chicken. However, in Korea they really get creative with their pizzas! You’ll find ingredients such as baked potatoes, corn, sweet potatoes, sweet and sour sauce, and fried chicken strips! Recently however, it was on the news that the Korea Food and Drug Administration found a number of pizza franchises to be using imitation cheeses produced from cooking oils, while claiming that their stores used natural cheeses. Pizza School, the place we always pick up pizza from was among those franchises! My coworkers and I haven’t ordered pizza from there since! 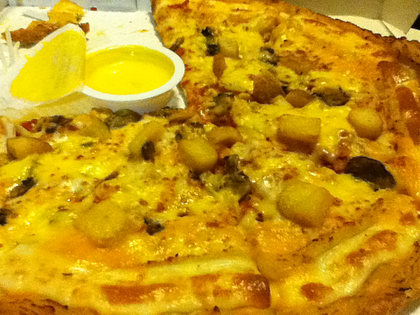 Just as I was about to give up on pizza in Korea, I tried Papa Johns. I was always a Papa Johns fan in the U.S., but boy does the Korean Papa Johns outdo the U.S. by a long shot! The cheese was definitely real this time! It was a potato pizza with different kinds of gooey cheeses on it, pepperonis underneath it all, mashed sweet potato along the rim of the cheese stuffed crust, and tangy sauces to top it off. It was so filling that I could barely finish two pieces, and it was hard to resist double dipping the crusts into their garlic butter sauce. I’ll miss a lot of things about Korea when I go back home... the transportation system, the shopping, but I’ll sure miss the pizza. Are there any things you’ve found to be better in Korea than back home?

Tags: pizza in Korea, Papa Johns in Korea, teaching in Korea, food in Korea, eating out in Korea, Better in Korea