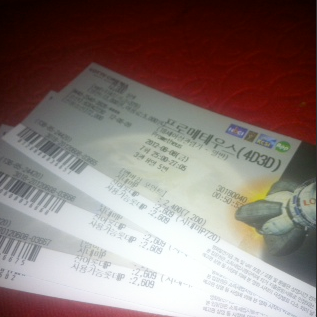 I never realized how much I was missing out NOT watching 4D movies. The last time I did 4D anything was at an amusement park in Florida. But yes, other than taste, all the other senses do play a major role in this experience.

Without giving too much of the movie away, Prometheus is about traveling to another alien world (an apology to those who are fans of the Alien series.) The opening scene is an epic overhead zooming of a waterfall. This is when the seats started moving around as if I was flying through those waterfalls, especially since I was getting sprayed with water and I had wind blowing on all sides of me. 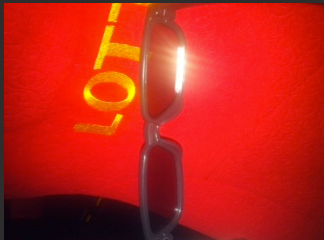 What I'm really excited to blog about are the 3D glasses. Now the picture above may seem like typical 3D glasses they hand out at the movies, but Korean 3D glasses are so different! If you wear glasses, you know how annoying it is to have to fit these over your own. Since the majority of Koreans wear glasses, 3D glasses in Korea are made to fit over them. I don't know if you can tell from the picture, but there is a small hook at the bridge. That hook hangs over the bridge of your own glasses making it ten times more comfortable, especially since you don't have to be fiddling with your face throughout the movie (all you glasses-wearers, you know what I'm talking about). 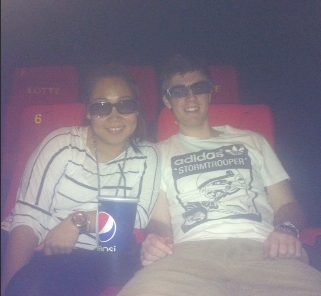 Other notable things about the 4D theater include brief strobe light flashes during storm scenes, which actually did make thunder and lightning more intense as well as some effects specifically for this movie. Since the ticket price makes you think twice about going (18,000WON at Lotte Cinema) I had asked friends what it was like beforehand. The moving chairs, water splashes, and wind were all expected, but there was an additional effect that had green and red laser beams scanning the entire theater that had to be only for Prometheus! It definitely made it an experience that had me thinking what the 4D effects for the other movies would be like.