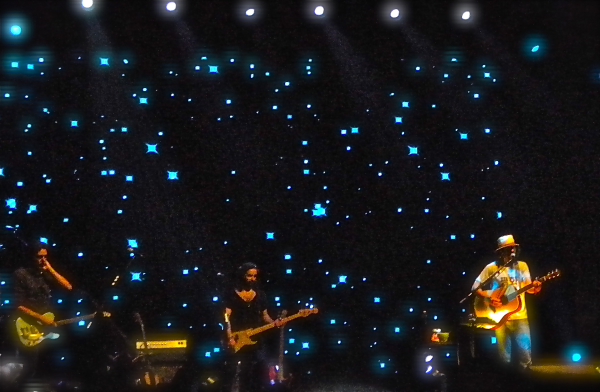 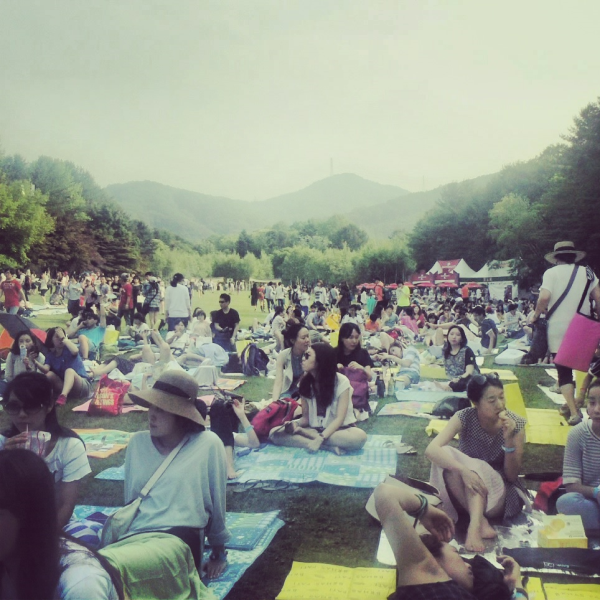 I have always loved live music, most of my paychecks in Boston went directly to paying for concert tickets and I am okay with that. I was thrilled to learn that I would be able to see Jason Mraz while teaching English in Korea for a show in Busan and also headlining the Rainbow Island Festival about one hour from Seoul. I impulsively purchased tickets and luckily found a friend who was a fan of the man who sings 'The Remedy' and 'I'm Yours'. Koreans love Jason. It is difficult to sit in any coffee shop in Korea for 20 minutes and not be serenaded by one of his romantic ballads. I even scored some 'cool teacher' points when I mentioned the concert to a few of my students. 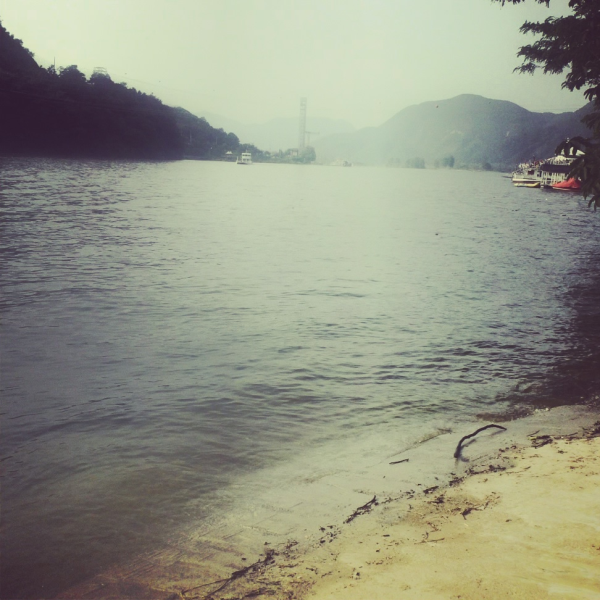 My friend and I were excited to see Jason perform but we were unsure of what to expect from the Rainbow Island experience. We headed to Nami Island early on Saturday morning by subway. I gave us plenty of travel time to account for mistakes along the way, but the transportation, as always, was simple and fool proof. The subway from Seoul took us right to the station closest to the island and then a five minute taxi ride brought us to the water's edge where we claimed our concert tickets and were promptly ushered onto a ferry. Sometimes Koreans really impress me with their organization skills. Within minutes we were on-island each with a colorfully illustrated island map that also conveniently served as a fan. Oh Korea, you're always thinking of everything. 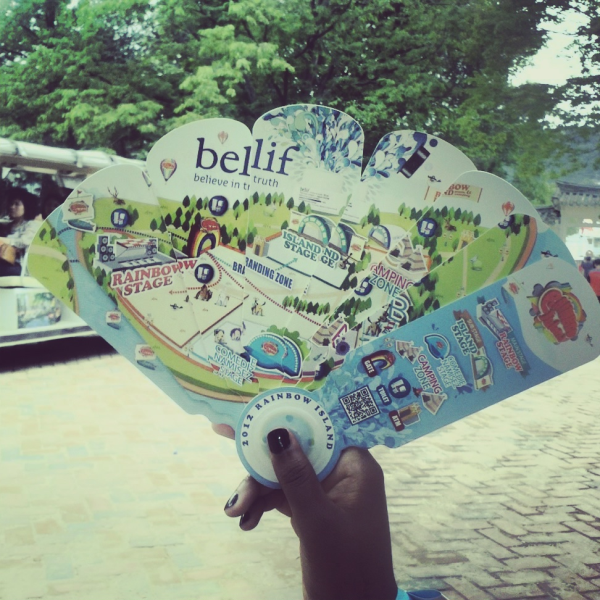 The music festival was incredible. My friend and I arrived on island in the early afternoon and we thoroughly enjoyed ourselves as we explored the island, ate delicious food, listened to live music playing on numerous stages and collected as many festival freebies as we could: temporary tattoos, backpacks that turn into sitting mats, Vitamin waters, organic face moisturizer samples, a sound amplifier for smart phones and more! The festival booths were all interactive and provided much entertainment. Jason came on the main stage at 8pm and the Koreans went wild - they love him! It was a perfect summer night and he sang old and new songs and I was surprised that the crowd knew every song he performed. His band was fantastic and he sounded amazing live. He played for over two hours and the show was worth the hassle of waiting in line for the ferry to take us back to the mainland and the walk back to the subway station where we realized the train to Seoul was done for the night..but that's another story for another time. Come back soon Jason...you can help me practice my Korean!