Country-hopping for the weekend when teaching in Korea

Although I still have an endless number of places I want to go while teaching English in Korea, I decided that I needed a change of scenery for the weekend. Since Japan and Korea are so close to each other, my fellow English teachers and I were able to find round trip tickets for about $300 US. I'd say that's a sweet deal considering that you're going to a different country and I remember paying more than that for my trip to NY from Georgia!

And so our destination to Tokyo began. We had no real plans and not much knowledge of the culture we were about to face. We were able to find a lot of similarities as well as differences of Japan and Korea. 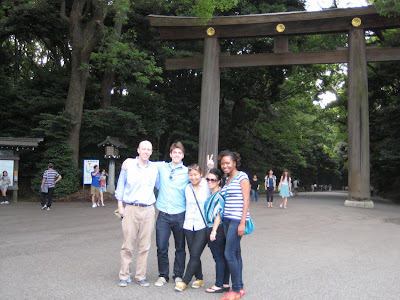 I'd say one of the best things about Japan was the food. Of course I had to eat the sushi and of course I had to have some original Japanese ramen. In order to save some money from getting a hostel, my friends and I ended up staying the night at the airport and then making our way to the world famous Tsukiji Fish Market. Although we missed the auction, we were able to try THE BEST sushi we have ever had. Fresh from the market, the raw fish just melted in my mouth. It was worth the hour and a half wait in line. 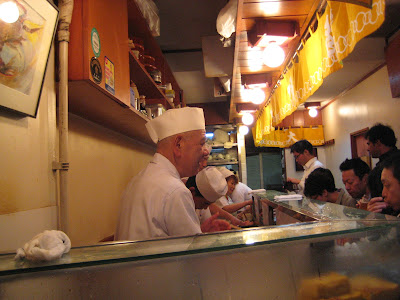 Although there are plenty of ramen places in Korea, it's just not the same. There's something about actually eating the food in its country of origin that makes it taste ten times better. 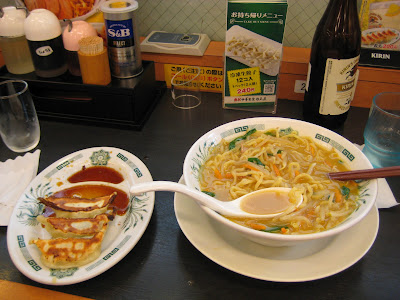 Throughout the day and a half we were in Japan, I'd say we did an awesome job checking out what Japan has to offer. My friends and I were able to compare areas of Japan and Korea. Just like Itaewon, nightlife for foreigners, Japan has Roppongi. Just like Yongsan, electronic area, Japan has Akihabara. Harajuku reminded me of Myeongdong as a shopping destination. The main difference, however, is the currency. The Japanese YEN is very valuable. The one thing that made it hard for me to save money on this trip was the fact that the money was printed in 10000 and 1000 in bills and 500 and 100 in coins. Those numbers in Korean WON are not much at all. However, in Japanese YEN, 10000 is just over $100US. As far as 10000WON, that's just under $10US!

Overall, I had a great time visiting Tokyo for the weekend. It's awesome to know that I can hop from country to country in Asia when teaching English in Korea for a low cost and be able to experience the different cultures.

Tags: teaching in Korea, a year in Korea, Japan from Korea, money in korea, friends in Korea