I'm not a dancer nor do I ever aspire to be one. However, I do love the art of dancing. Movies like Step Up and You Got Served are my guilty pleasures, so I was so excited to be able to see an actual dance competition in real life while teaching English in South Korea. 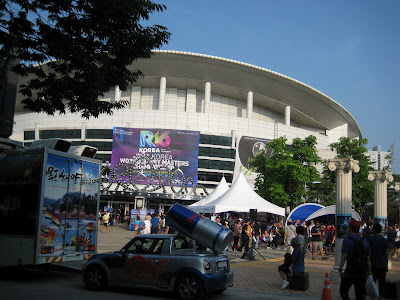 R16 Championships are held in various countries, hosting what's supposed to be 16 bboy crews from all over the world. This past weekend, it was held in Korea. 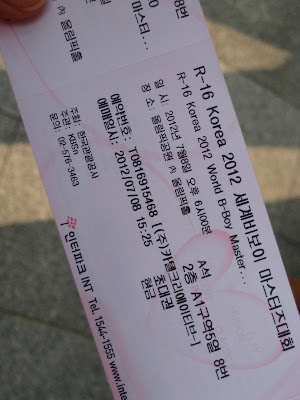 The competition was a three day event, each night hosting a different show. However, this competition was not limited to just dance. Graffiti artists were also able to show off their skills as well as few singer performances scattered throughout. 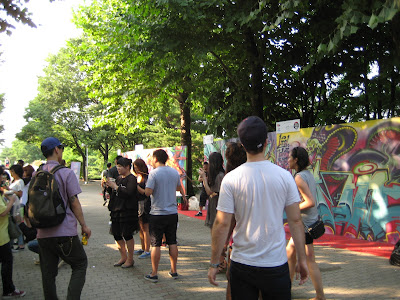 The graffiti isn't too visible in this picture, but from what you can see, they were all drawn on the spot. 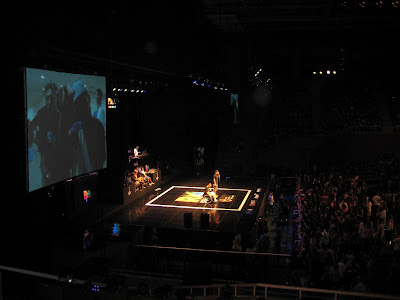 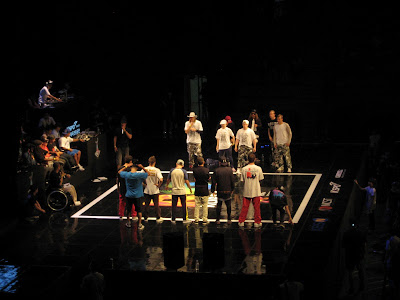 Overall, it was an exciting event and it was really cool to see bboy crews from countries like Kazakhstan, Finland, Belgium, and many more competing in Seoul. Check out this link that I recorded of Massive Monkeez (USA) performing!