Going to shopping malls while teaching in Korea

I've been to my share of malls throughout my lifetime in the states, so why stop because I'm teaching in South Korea? I'm a true believer of retail therapy and if there's anyone out there like me, I hope this post will somehow have an impact on you. 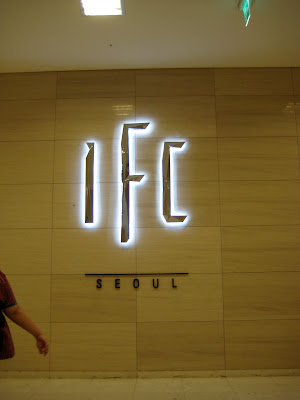 IFC (International Finance Center) mall just opened up in Yeouido, Seoul about two weeks ago. I'm not too sure how to exactly describe shopping malls in Korea, but I can definitely say IFC mall is the closest to an American mall, minus the kiosks. I say closest to American malls because malls back at home are about 2 or 3 stories high on average, while all the big malls I've been into in Korea are all stacked about 7 to 8 stories high. 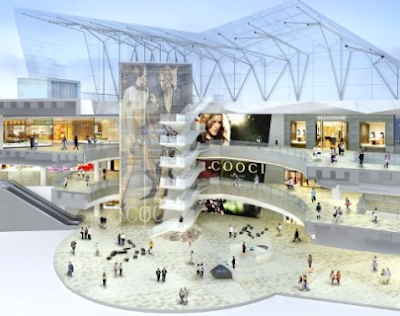 One interesting fact about this mall is that it cost around $2.2Billion (USD) to build it. It's about 430,000 square feet and three levels deep underground. 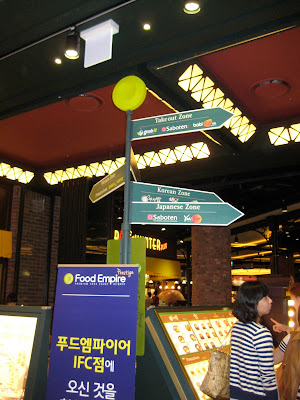 The first level of the mall is pretty much all food and a movie theater. This floor is packed with big restaurants ranging from Mexican food to Asian fusion, and it even had a separate food court. 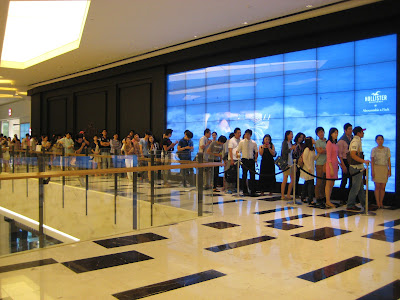 This mall also has Korea's first Hollister store. Koreans are currently into the Abercrombie & Fitch trend that I was into back in high school. It's even gotten to the point where people are selling counterfeit A&F and Hollister clothing. Recently, there was a scandal about the Hollister models making racist remarks and taking mocking photos of themselves with chinky eyes and peace signs. It even got to the point where Koreans were saying they were going to boycott the store. However, that was NOT the case when I went this past weekend. The line in this picture doesn't do justice to the actual line that wrapped around this huge store.

IFC also has the second Banana Republic store in Korea, the first located in Busan. It seems like I'm raving about all these American stores, but I'm actually not a fan of them, especially in Korea. Not only are they overpriced, but the selections are really limited from style to size.

I thought I was just going to the mall to see if it was blog-worthy, but I ended up spending some money on couple of pieces of clothing. I couldn't help it. It made me feel 150% better, especially now since I've been trying to deal with student debt, relationships, and getting ready to head back home.

I haven't been much of a heavy spender in Korea since I found Ewha University. However, it was nice to be able to get some items from stores I know are not available in America.

The mall is located in Yeouido (Lines 5 and 9) and is connected to the train station. Just follow it to exit 3 and you'll see signs leading you to the mall.