Restaurants While Teaching in Korea: Craftworks

Here it is, another restaurant review during my post as a teacher in South Korea!

I was actually going to write one on a Spanish restaurant named Bodega located in Jamsil, but it's closed! My boyfriend and I did some research on Bodega since it was suggested by a friend and nowhere on the internet did it mention that it was closed. So, I am here to break the news. It's actually been closed since sometime around September of this year, due to reasons I do not know. We just had to find out the hard way by showing up to the place hungry to find it dark and closed up.

On a lighter note, we did find another great restaurant to brag about. This taphouse and bistro has a good selection of typical pub food as well as a few South African dishes mixed in. The beer selection is pretty good, considering the fact that it is all brewed in Korea. 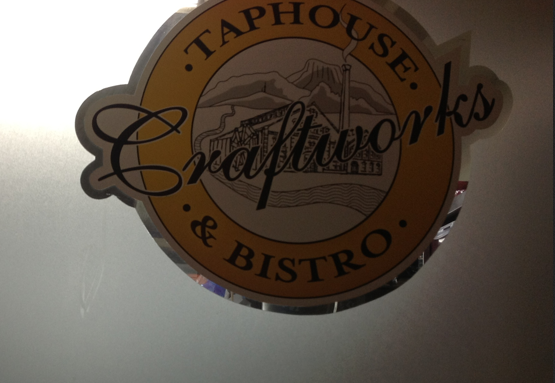 Since we went on a weekend, waiting time did take a while (thirty minutes!). Although they don't have much of a waiting area, they do have a wide selection of t-shirts available with the names of the beer printed. They also have a couple of English magazines you can read while you're waiting. 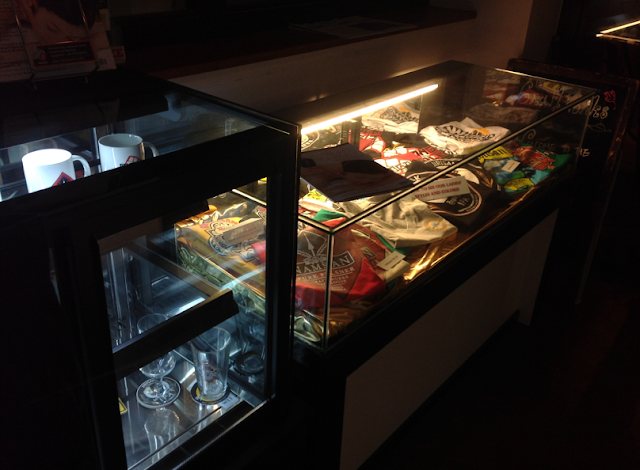 The food itself was pretty delicious. We ordered some chili cheese fries, a steak burger, chorizo sandwich, teriyaki burger, and sirloin steak. All delicious. It was pretty interesting to see all orders taken by an iPod although it seemed a little inefficient since our waitress took a long time pressing all the buttons possible. 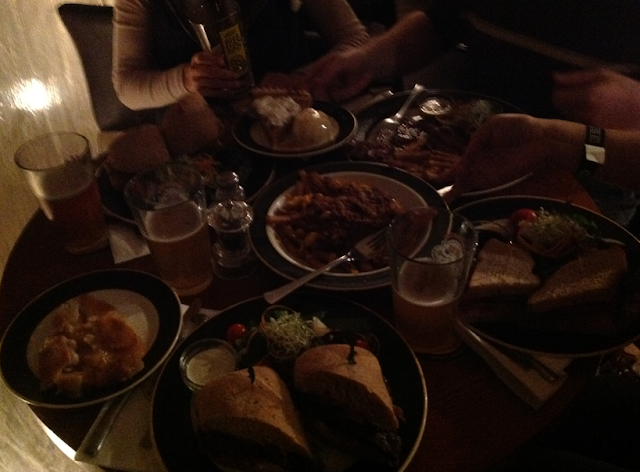 I will state that their pies were pretty disappointing. They have it on display in the waiting area and it seems like the most delicious thing ever. However, the peach pie was too thick and stuck to my teeth, while the pumpkin pie was the complete opposite. Both were served cold and not satisfying to the palate.

Do check out this restaurant to catch up with friends. It has a very chill atmosphere and they even have a few vegetarian options, including veggie moussakas and salads. They also have specials throughout the week such as wing nights, quiz nights, and all-you-can-eat pasta nights.

Craftworks is located near Noksapyeong station, exit #2. It's located on the other side of the street, but a little ways down, about a ten minute walk. 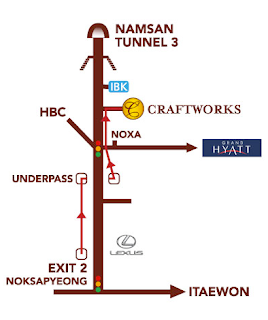