Weekends Off While Teaching in Korea: Adventure

As an English teacher in Korea, you will have exactly 52 weekends on a one-year contract. If you’re fortunate, you’ll work for a branch where you have most if not all Saturdays off.  After realizing that some branches require teachers to work all Saturdays, my coworkers and I are thankful that at our branch, this is no longer the case.  So, as and English teacher with Chungdahm Learning, you'll have most weekends to do whatever you like and when living and teaching in Korea, there is always an adventure to be had, that is, if you’re up for it.

Personally, I’ve created a bucket list of things to do while living and teaching in Korea from June 2012 through June 2013.  This bucket list includes the following:

As you can see, I still have a few more adventures to cover while living and teaching in Korea. Most of these adventures I experienced for the first time ever and being able to have these experiences in Korea, make them even more memorable.  Besides, it's fun planning trips.

However, you will soon realize that most if not all teachers have some financial goals when living and teaching in Korea, namely, paying off student loans.    In addition to paying off student loans, I'm also working to get out of credit card debt.  This means that I sometimes have to pick and choose which adventure will be had and which will be saved for another time.  Believe me, there's usually something going on amongst the foreigner community in Korea.

My most recent adventure was a temple stay done with Golgusa Temple Stay in Gyeonju, South Korea.  This weekend trip was spent with ten other foreigners from the Pohang community who were just as interested as I was in experiencing a temple stay in Korea.  What is a temple stay?  A temple stay is a weekend retreat, where time is spent meditating and reflecting and practicing some form of martial arts.  My group and I were lucky to experience a sunmudo demonstration and a musical performance.  We were also given the opportunity to take a pictures with the demonstrators and performers.

To keep up with the adventures in Korea, you may want to joing facebook groups like Adventure Korea and WinK (When in Korea) as they have exciting and affordable packages that keep foreigners active.

Despite my want for adventure, I sometimes feel the pull to stick closer to home.  On some weekends, I may attend a religious service, go a see a movie, as there are movies shown in English in Korea.  I may opt to spend my Saturday morning hiking one of the nearby mountains.  I also have the options to check in with teacher friends and perhaps take part in a impromptu game night.

As the holidays are here, foreigners are getting together to celebrate the Christmas holidays.  This weekend, I attended a Christmas dinner hosted by one of my teacher friends living nearby; it's a potluck.  Next weekend, I hope to attend church service and perhaps spend some quality time with friends.  Of course it was a potluck dinner and we even had a gift exchange and Ashley, the host, collected gifts for the orphans in Korea. 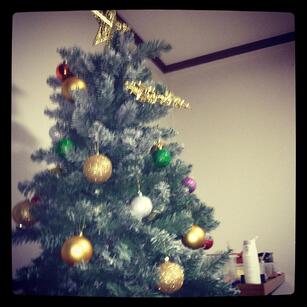 Whatever tickles your fancy, I'm sure you will find others who are interested in joining in.