The women grabbed nets and a few tools then took to the water. After swimming out a good distance, the women dropped below the water and did not resurface for a good one to two minutes. I watched them do this over and over again. Every so often, I would see one of them bring up a sea creature and place it in their net that they had attached to some sort of floating device. It was pretty fascinating and after watching for a while I decided that I had to figure out who these women were.

It turns out that these women are known as haenyeo and they are well-known on Jeju. These women dive deep below the surface (up to 60 feet!) without any breathing device or air tanks and hunt for certain types of seafood. They are following in the footsteps of their ancestors who started this tradition hundreds of years ago. While the men would be off farming or hunting on land, the women would head to the sea where they would spend hours searching for food to help supplement their families' diets. At a certain age, mothers would teach their daughters the art of sea diving and the tradition would be passed down. 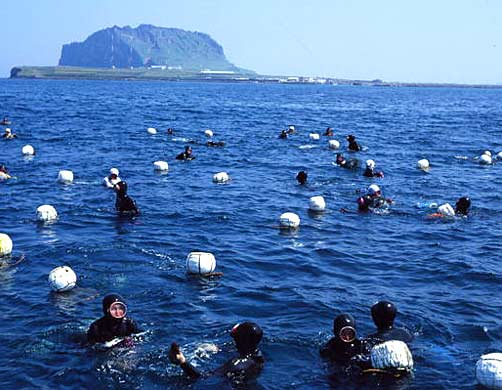 The women bring nets and a small hoe-like tool to help them scape abalone,shellfish, octupus, and seaweed off of rocks and the ocean floow. The women generally wear a lead vest to help them sink to lower depths faster and they always have goggles. They will tie their nets to a small buoy that also acts a place to rest in between dives. Once their nets become full, they retire for the day and try to sell their catch to a local market, restaurant, or store. 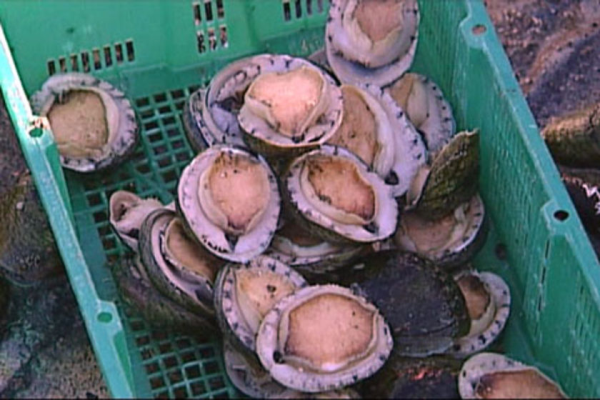 What the women are trying to find: abalone!

Unfortunately, the tradition of sea diving is beginning to die off as Korean culture and society begins to change. The youth of Korea seem to be more interested in boy bands, cell phones, and the latest Korean drama shows. And who is to blame them? Diving for food in the frigid ocean is a tough job that was the last resort for families who suffered from extreme poverty and malnutrition. Korea is a much more affluent society today and there really is no need for women to take to the waters to feed their families.

That is why when you see women divers today they are more than likely to be over the age of 50. You won't find many of the younger generation out there diving so that is why it is important to cherish the tradition while it still lasts. I highly recommend taking a trip to Jeju while teaching English in Korea to see the women divers and to learn more about their culture. There is even a women diver's musuem on the island and a festival to celebrate them every spring. Be sure to check it out!

Adam Montgomery is a 25-year old teacher at the Chungdahm Branch on Jeju.  He has been teaching in Korea for over a year.  When he is not teaching, he enjoys exploring the wonders of Jeju and Korea. Follow Adam on Pinterest