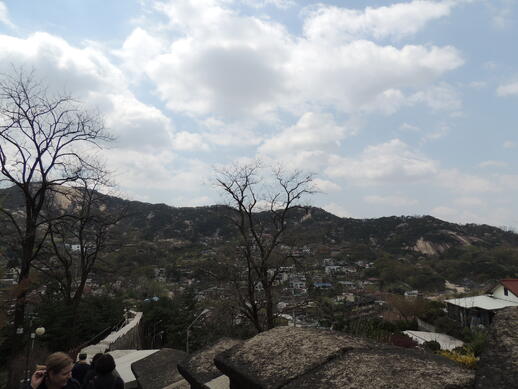 To get to Bugaksan we took Line 3 (orange) and got off at the Gyeongbukgung stop (the one for the palace). From the stop we took Exit 3 and from the there we walked for about four minutes to the bus stop on the same side of the road. Here you can take the green bus #1020, #0212, #7022 will do the trick. The stop is called Changuimun – 창의문(, but I would ask the bus driver to make sure! It’s only about a 7-10 minute ride. You could also just grab a taxi and say the name to the driver, I’m sure this would yield the same results for under 10,000W. 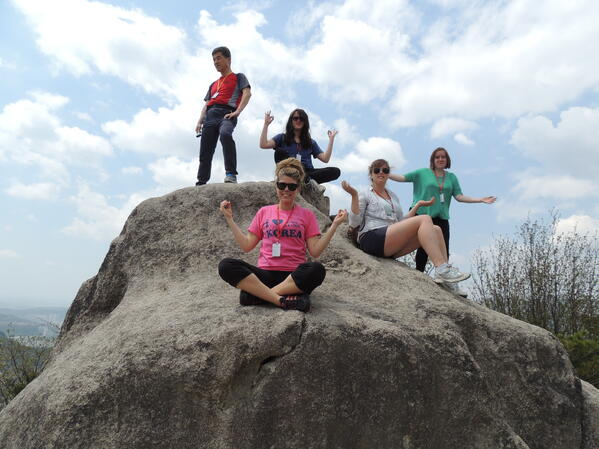 Once you get there you’ll have to fill out a short bit of paperwork, show either your ARC (Alien Registration Card) or your Passport before entering, and get a lanyard to wear around your neck. This is where you should pick up your fortress maps that will tell you which gates you’re approaching along the way. No booze or smoking on the trail, bummer, but it’s a relatively short hike depending on your speed so there’s always time for that after. Hiking Bugaksan (like everything else in Korea) is also completely free which is great.

Bugaksan’s peak overlooks the president’s house, so security is a little tighter than other mountains. It’s proximity to the Blue House or Cheongwadae also means that your freedom to take photos is somewhat restricted. In some areas photography is fine, in others it’s not. But there are guards lining the perimeter who will keep an eye on you and kindly let you know when you’re breaking a rule.

As you hike you’ll be taking in some breathtaking views of Seoul from behind the ancient Seoul Fortress Wall from the Joseon Dynasty (14th century B.C). The wall is lined with South Korean soldiers as well due a to a more recent historical escapade. In 1968 North Korea staged an assassination attempt on then president Park Chung Hee, aiming to break in via the wall. After a shootout and 15 bullets in an innocent pine tree, their attempt was successfully thwarted by South Korea. The tree is actually still standing today as an attraction along the hike so keep an eye out for the red bullet holes. Lucky for you the wall was reopened in 2007 so make sure you take full advantage.

There are numerous ways to get into and get to Bugaksan, but this is just the route I took and it was quite enjoyable. It was rather steep in the early stages of the hike, lots of stairs and water breaks, but it was definitely worth it. The descent was much more enjoyable with plush green surroundings and the occasional army tank to remind you just how crucial this part of Seoul is. There were plenty of amazing views to take in and depending on which gate you choose to exit from, you won’t be far from a much deserved sandwich and cold beer. We ended our day in a delightful little area called Samcheongdong with coffee and some perusing of the local stores. 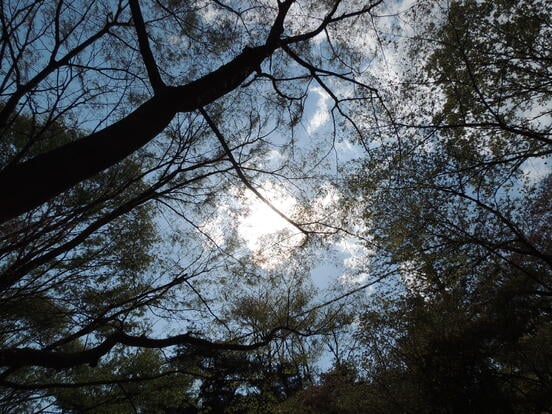 So if you find yourself looking for something to do on an afternoon, give Bugaksan a try. It’s incredibly easy to get to, gorgeous, and has some historical significance. What more could you want? Just choose when you go carefully, we went on a Wednesday and it was still relatively busy so I can imagine that on the weekends it is a tad bit crowded. Also the trail itself closes at 5pm and there is no admittance after 3pm so plan accordingly. Bring a lot of water, your hiking shoes, and I guarantee you’ll have some fun!