"The problems facing our world are so large that they demand disruptive thinking." -TEDxChange 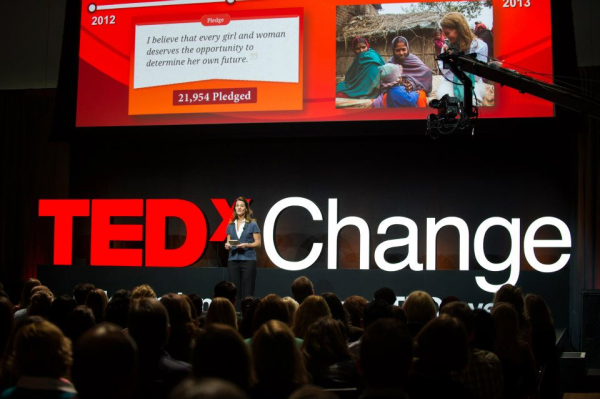 There are those days that I absolutely love teaching in Korea. I have the most fun when everything in my classroom is clicking during Critical Thinking Project work time. Ideas bounce excitedly around the room and sleepy eyes and slouching bodies are nowhere to be found. It is amazing to see a group of students collaborating while huddled around a block of desks. Sometimes I swear they forget I am in the room. They are determined to complete the task at hand, however silly it may seem. Whether they are developing a new cell phone game, creating a fire escape safety plan, or planning the news report for a strange zombie-virus outbreak, they work together diligently and each idea is acknowledged and carefully considered. I love these days in the classroom because I know my students are unaware of the actual 'school work' that is being done. They are having fun.

These project days are fantastic, but I always end up feeling a bit left out. I want to join in. What about my awesome idea? I want to share my thoughts about a weird zombie-virus symptom! A few weeks ago when I found myself itching to be back in the classroom with classmates and creative conversation, I decided to register for an upcoming TEDxItaewon event in Seoul. 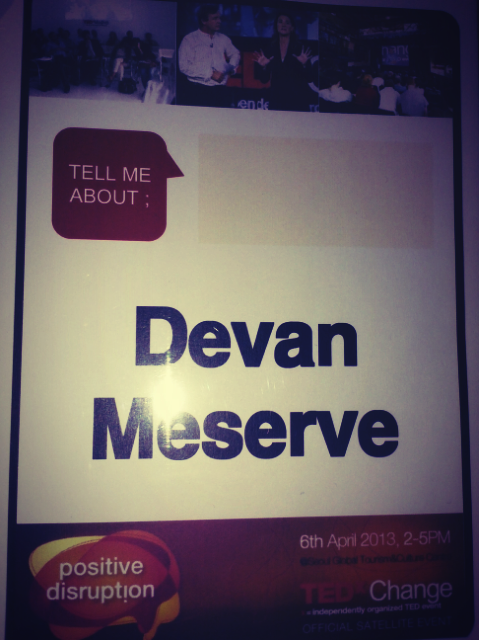 TEDxItaewon is a program of local self-organized events that bring people together to share a TED-like experience. The x in the name means that the event is independently organized. At each TEDxItaewon event there is a mix of TEDTalks video and live speakers that combine to spark deep discussion and connection in a small group. (Want to know more about TED?)

TEDxItaewon wants to give you a chance to network with people, share your own ideas, make a difference while working in the international/multicultural area of Itaewon. The group was conceived less than a year ago and in its first year TEDxItaewon has gained an impressive following.

The event I attended was connected to Melinda Gates' popular Positive Disruption program, which was filmed earlier in the week in Seattle, Washington.

I was impressed by the video presentations and live speakers. The room was much bigger than my Chungdahm classroom, yet the buzzing adrenaline of engaged and active participants was familiar. The afternoon event was hosted by George Boucher (foreigner) and David Choo (Korean) and they led an intimate crowd through the 'watching party' for the Positive Disruption speakers (Please see the video below of my favorite speaker, Halima Hima.) and later introduced the TEDx Talk guest, Ricky Kim. Kim, from Aidgreen, discussed Sustainability and Convergence and I most enjoyed learning about his contribution to a clean water project in Kenya.

Although it was a rainy Saturday in Seoul and I went to alone, I left the event refreshed and excited to get back in the classroom the following week, because as Melinda Gates said, "It takes just one idea...because when that idea gets...spread across the world, it becomes part of a global movement." 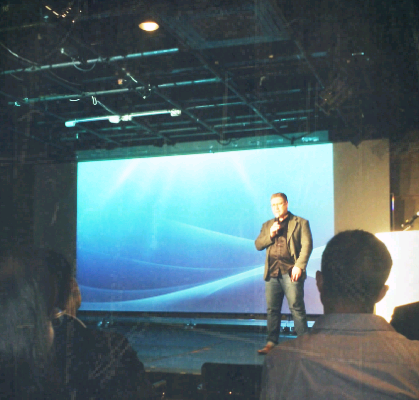