When I came to Korea to teach English, the first thing I noticed, was the way in which the Korean people eat. I’m not talking about the fact that they use chopsticks, or spoons to eat rice; I am talking about the way they order large dishes to share with each other. This is something that has transcended over to foreigners here too. In the beginning, I thought it was just common while eating at Korean BBQ’s, however; now that I am here just over three month, I see that it is rare to see people (foreign or Korean) ordering individual portions, rather the norm now is ‘order to share’. This culture makes eating in Korea that little bit more special (As if the amazing food itself was not enough). 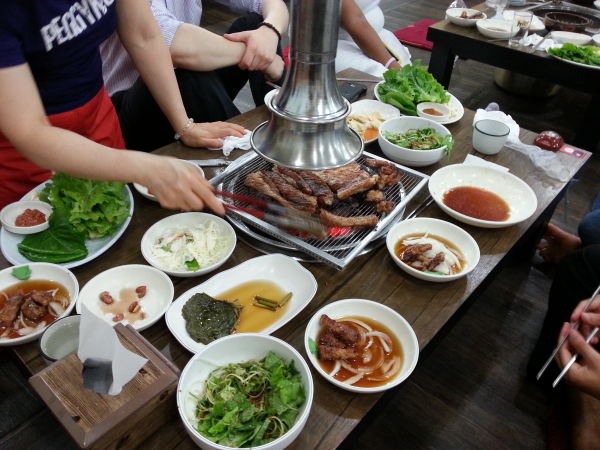 (This is a typical Korean BBQ, where everyone shares side dishes and a delicious plate of meat.)

This blog will look at SOME of the most common dishes we (as in my friends and I) order here in Korea to share, from topokki to dak galbi and jjim dak to name a few. 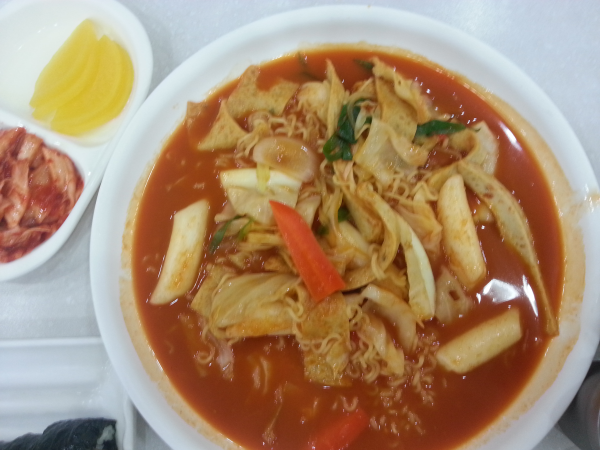 This is Topokki, typically it is enough to share between two people, unless you get a big portion. It's really delicious and consists of: noodles, rice cakes (like dumplings) fish cakes, kimchi (or cabbage) carrots, and is served on a base of slightly spicy tomato / curry sauce. This is one of the cheaper meals to eat in Korea - costing around $3 or €4 per person, however, despite the cost, the taste is amazing.

Then we have dak galbi, pictured below, which is my favourite Korean dish so far! It consists of a two part cook process; the first is chicken, seaweed (the delicious kind that adds texture) cabbage and rice cakes, all cooked in one large pan in front of you by waiters. It is mixed with a mild or spicy sauce, (whichever you prefer). Once it's cooked you eat most of it, and then you call your waiter back over, they add rice, more sauce and seaweed, and then they cook it all again so the rice soaks up the sauce, and any leftover chicken. Then you eat that. It’s very filling and is ideal to share between 2 – 4 people. This is one of the more expensive dishes, although still very reasonable with each person contributing $12 or €9. (Baring in mind you get plenty of side dishes with this.) 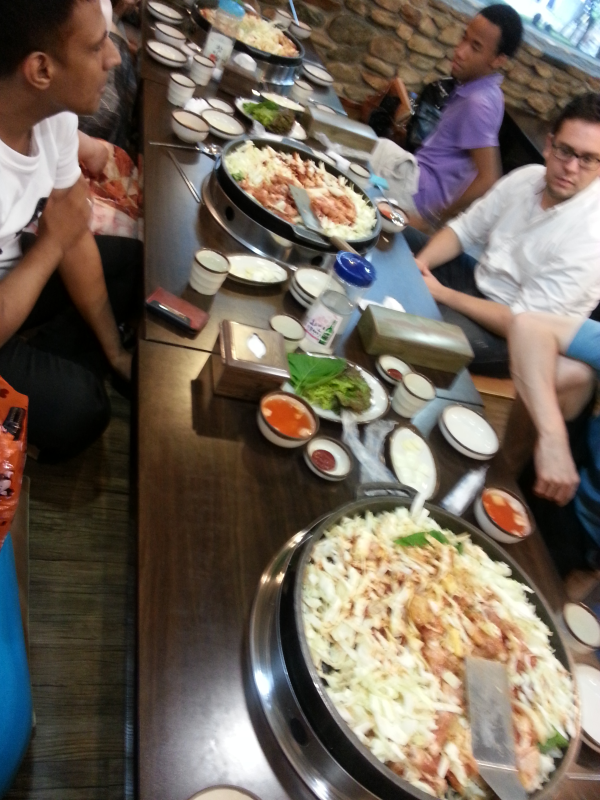 (This is the dak galbi being cooked during step one, once it's cooked the whole dish turns a red colour.)

My next favorate dish is jjim dak (By the way, dak is Korean for chicken), which depending on whether you order it, either mild or spicy, will come in two different flavours. I like both, but seeing as I love spicy food, the spicy one is my first choice. It consists of sweet potato noodles, chunks of potatos, carrots, rice cakes, chicken (although you can get other meats such as duck), spring onions, and it is served up in a delicious dark sauce. 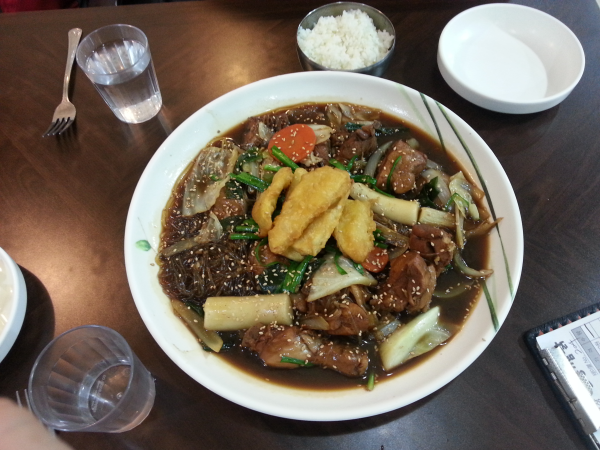 (This costs around $9 / €7 per person and includes side dishes.) 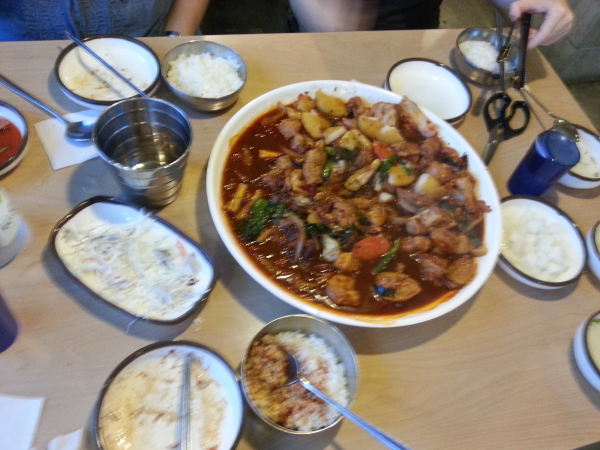 You don’t have to dine in a restaurant to experience this Korean phenomenon. At my school, we usually always bring in food for lunch to share. This week we decided to make quesadillas (not very Korean I know, but sometimes it’s okay to eat differently.). Everyone brought in a meat or veg dish for the filling and we cooked them in our break room, using a gas stove we purchased in a local grocery store. 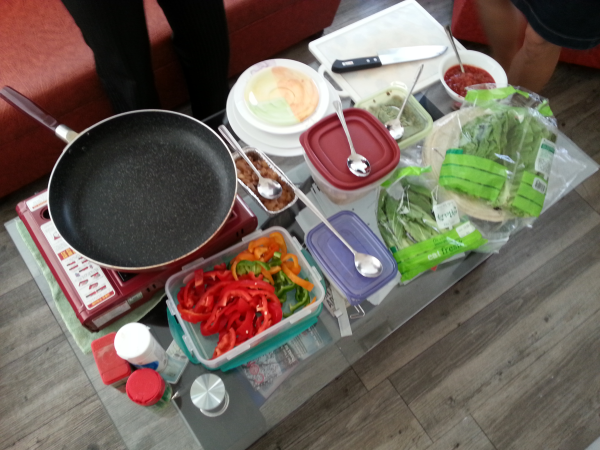 Of course, if you don’t fancy sharing all the time, there are alternatives. You will find many restaurants with individual portions. Sometimes, we even go to places that don’t have big dishes and order several things off the menu to share. And as the price of eating out in Korea is low, compared to America or Europe - it costs nothing. In fact, it is almost cheaper to eat out here than to cook.

Tags: eating in Korea, free time in korea, food in Korea, eating out in Korea, Activities to do in Korea