Alcohol in Korea has been one of the more interesting things to explore while teaching here. And no, I haven’t explored alcohol while in the classroom. From the potent and cheaper-than-water soju to sweet, refreshing makgeolli, I’ve had fun trying all sorts of stuff including new western spirits and custom concoctions made by friends. However, amongst all these poisons, beer is still my favorite. And last weekend, I had the pleasure of trying some excellent brews at the Fall Beer Fest in Seoul. 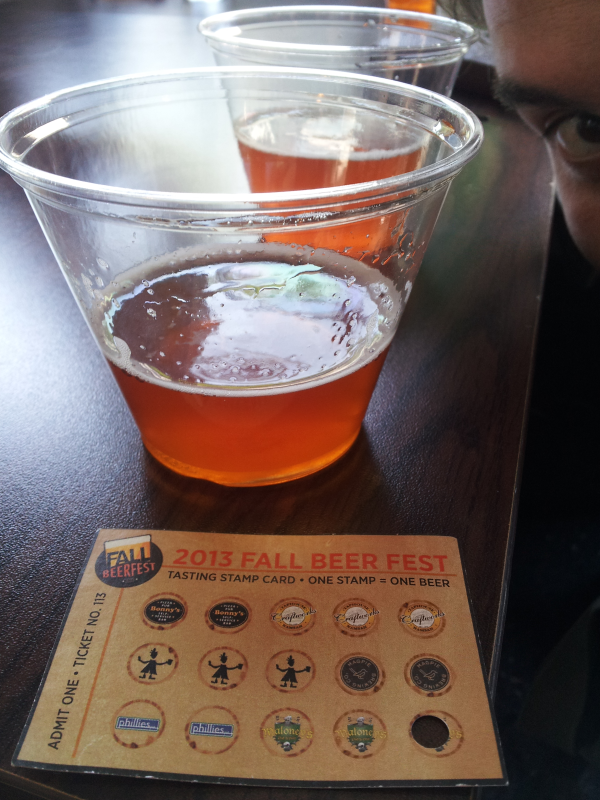 For a meer $20, my friends and I bought cards that provided us with cups of 15 different home-brewed beers. The first round consisted of a pecan & love pale ale that was the strangest beer I have ever tasted, but it was also quite good and strong. There was also a good india pale ale, even though I’m not (don’t shoot me) the biggest IPA fan. The third and last beer at the bar was a decent lager.

The next bar had a surprise craft makgeolli stand! I love makgeolli. It’s smooth and refreshing. It can be a little too sweet sometimes, but I like the milky weight to it. It’s strong and easy to drink. The makers were on hand to explain what made their makgeolli the best in Korea. However, they only spoke Korean, so I’ll never know that tidbit unfortunately. Their version was one of the better I’ve had. It’s sad to think that I’ll never taste it again. That’s what makes some days here so special.

There was also a gentleman in a camouflage kilt. This is KOREA! (Not Sparta. Get it? I don’t know. Moving on.)

One of the beer stops was actually set-up outside a super yummy pizza place. For three bucks, I got a large, cheesy pepperoni slice. Definitely going back here. 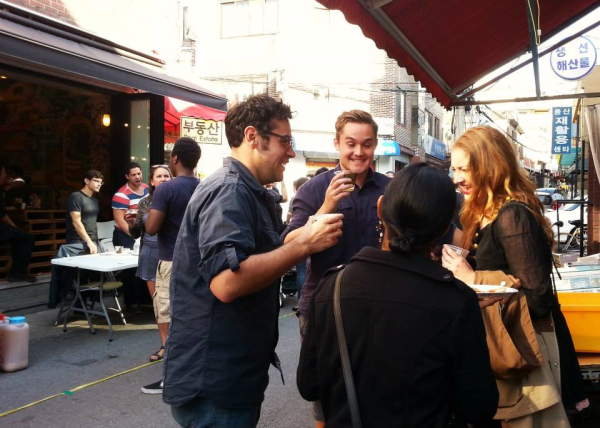 At the end of it all, a beer fest is really a social occasion. So as you can see, I completely excluded myself from the great company all around. I huddled with my beer and makgeolli and took pictures of the back of people, longingly. 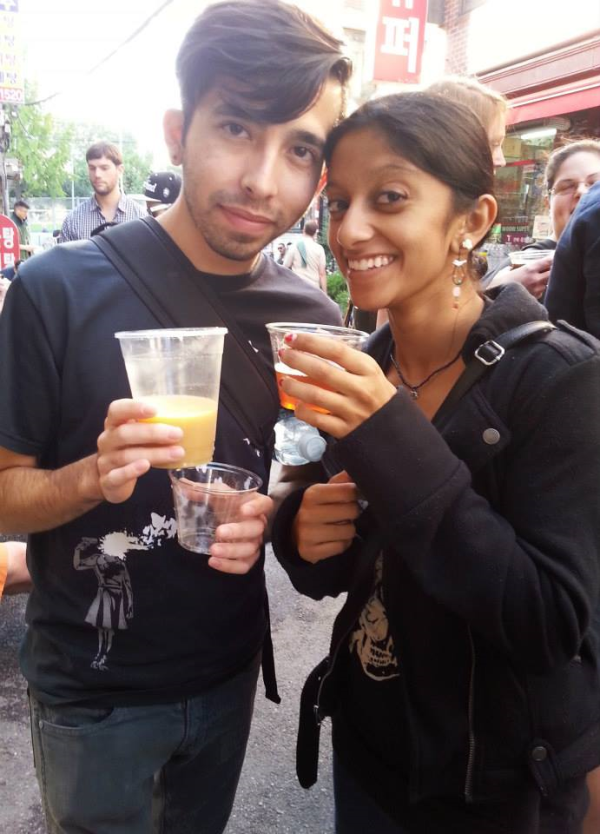 After the fest, we walked a little south (or north (could’ve been east, actually (west? (It felt like south, though.)))) We arrived in Itaewon to find the Global Village Festival occurring. I had, however, drunk  a couple large cups of magkeolli and near fifteen cups of beer. I only know that I was at the village festival because of this picture. And so, I’ll end this blog much like my memory of the day.

Tags: festivals, Itaewon, Activities to do in Korea