If you've been anywhere near the Han River in Seoul, you've probably seen the 63 Building -- it's that really, really tall one that's all shiny and gold. It has 63 floors, as you might've guessed, and measures a whopping 264 meters. You can technically only go as high as the 60th floor, which was a slight bummer, but really, what's another three floors when you're already that high up?

Visiting the 63 Building was a pitstop on the way home from other errands in Seoul -- we really only wanted to check out the view. That being said, the building offers quite a lot of other activities, from restaurants to a "sea world" to a wax museum. Due to time constraints and a general unwillingness to spend money on the other attractions (which are semi-pricey), we went straight to the top of the building. 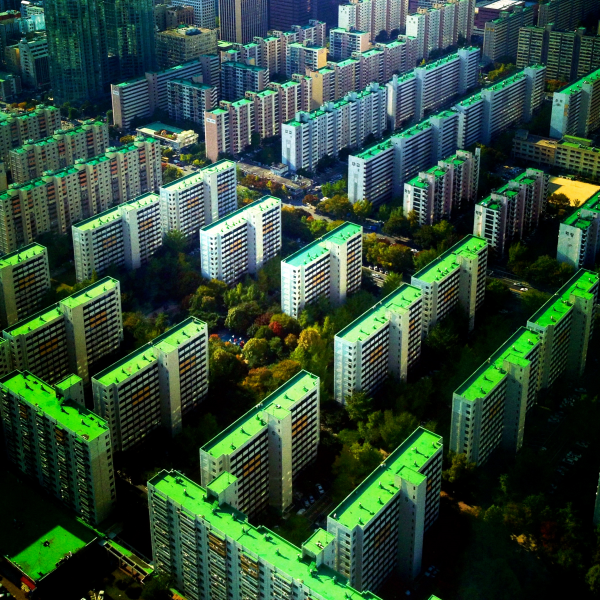 When you go to the 63 Building, you'll have to buy tickets on the ground floor before you can even get on an elevator for the observation floor. (Don't worry about getting lost -- it's a bit of a maze, but there are tons of employees stationed all over to point you in the right direction.) The observation floor is also technically an art gallery, known as 63 SkyArt, which adds a little extra bang for your buck. We were slightly offput that the fee for the art gallery/observation deck was ₩11,000 (~$10 USD), but figured it could be worse. Getting up to, into, and down from Namsan Tower, for example, is more expensive (unless you hike). 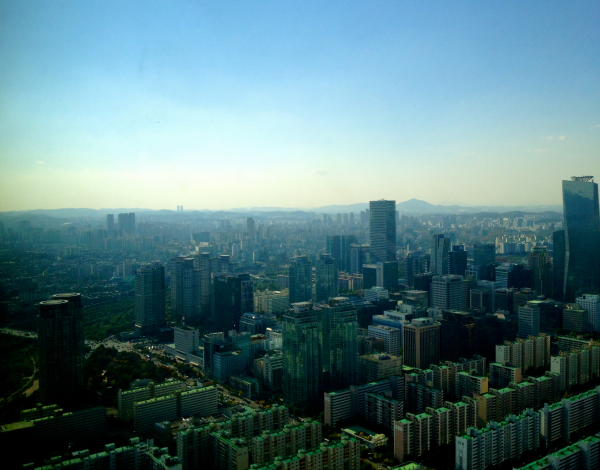 While I wasn't able to get any pictures because it was moving so fast, the elevator that took us up to the 60th floor had glass walls! We were able to see the Han and the buildings of Seoul shrink right in front of us as our ears popped and we experienced mild vertigo. (Going down was even more disorienting, actually.)

Speaking of disorienting, this is the "Thrill Deck" corner of the observation floor -- but honestly, not terribly thrilling as the glass panels were mirrored back at me instead of being see-through down to the ground.

The art gallery had some decent pieces on display, so I did take a little time to look at the art on the wall. Really, though, I was too preoccupied with getting some shots of Seoul to give the art the attention it deserved. 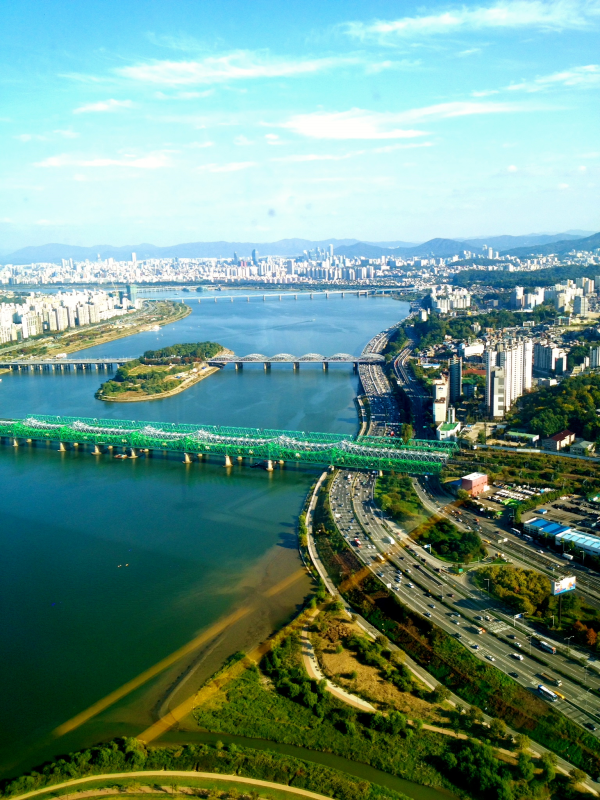 We were lucky to visit on such a clear day. Definitely something to keep in mind in case you want to visit the 63 Building. 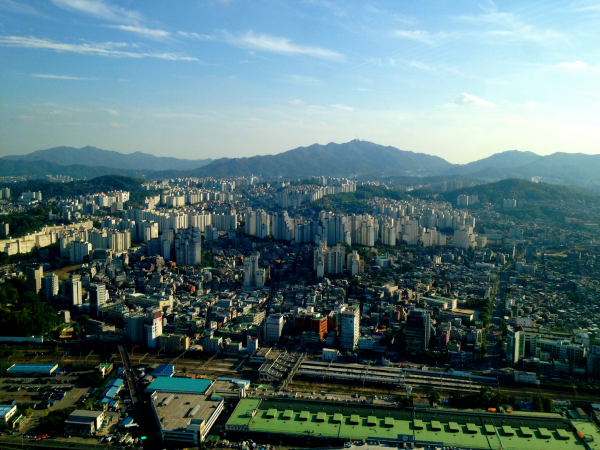 After wandering all the way around and staring out the windows for a while, we got bored and decided to leave. There is a cafe and small gift shop, but both were crowded with other tourists. As we left, we walked around the outside of the building so we could get some good shots of it against the clear blue sky. 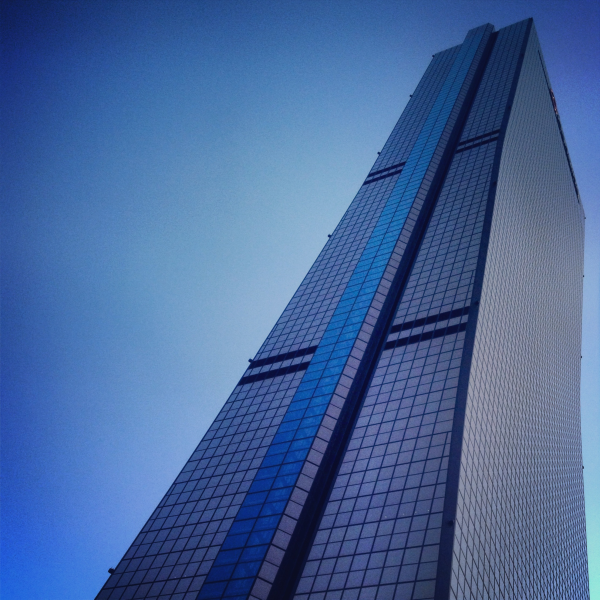 There is it, ladies and gents. Tall, shiny, and gold(ish). 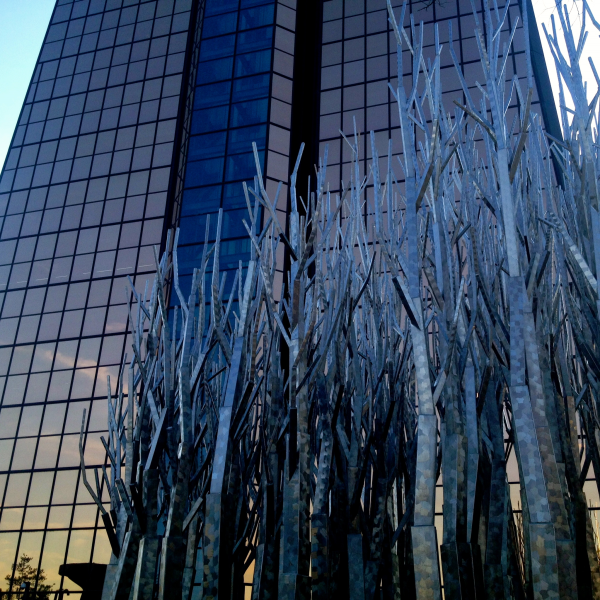 An art installation of some metal trees outside the building, making a neat contrast of shapes and textures.

Overall, it was neat. Worth the ₩11,000? I suppose it was, though I still wish it had been cheaper. However, I will say that I was definitely impressed with the panorama of Seoul, and as far as observation decks go, this one presents an awfully pretty view. If you don't mind the ticket price, I would recommend taking a trip up to the 60th floor. Just look at those pictures -- how would you not want to see that?

Have you been to the 63 Building? Do you know of any other great observation decks around Seoul or Korea? Leave a comment below!