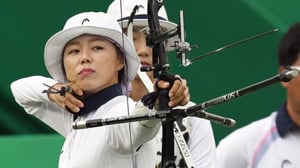 Other gold medals were won in Shooting, Fencing, Taekwondo and Golf. Kim Woo-Jin was the highlight of the Korean team, breaking the archery world record, with a 72-arrow. The country waited in anticipation as the final results cam  in, of all their archery Olympians,  and the results were truly memorable, with a unprecedented 4 gold medal sweep! Other athletes who wooed the crowds with their fine archery skills, was Ku Bon-Chan, who surpassed his compatriot Kim Woo-Jin, to win 2 gold medals in the final rounds. 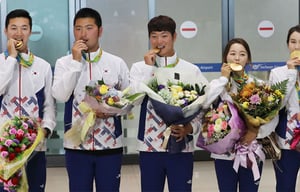 The women’s archery was even more exhilarating, with Chang Hye-Jin and Kang Un-ju, of  South Korean and North Korean Olympians, facing each other in the final battle for gold and silver medals. This was a historic moment for the Koreas as the two countries have been at an armistice since the 1950’s. The two athletes showed true Olympic spirit by bowing to each other after the final battle was over. Chan Hye-Jin of South Korea won the gold after surpassing the two set score of 2-2 winning the match in the last 2 rounds.

With the recent Summer Olympics fever, Korea is getting ready to host the 2018 Winter Olympics and Winter Paralympics in Pyeongchang. While visiting Pyeongchang city this past Winter, we saw a lot of construction happening at the major ski slopes and resorts. It is scheduled to take place from the February 9-25 2018 and will be the first Olympic games that Korea has hosted since the 1988 Summer Olympics. 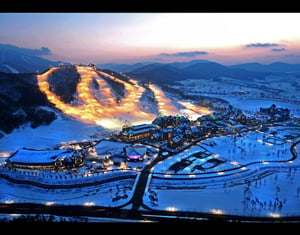 Pyeongchang is in Gangwon-do province in the north-eastern parts of South Korea and is located near to the famous Mt. Seoraksan and Mt. Osaek. Gangwon-do is famous for skiing and Winter sports, and usually accumulates the most snow and lowest recorded temperatures during the Korean winter. 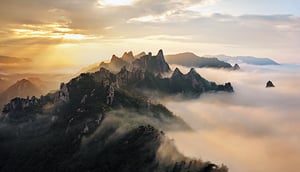 Pyeongchang is 180km’s from Seoul and is about a 3 hours bus ride from the city. There are plans to build Gangwon-do’s first train line for  the 2018 Olympics, which will open up a convenient way to get to the province and it’s beautiful scenery that includes two of Korea’s top beaches, Naksan Beach and Gyeongpo Beach. Hyundai Rotem also unveiled the all-new bullet train that will link Seoul to Pyeongchang.

Why Pyeongchang for the 2018 Winter Olympics?

Pyeongchang was chosen because of its steep terrain that compromises of 84% mountain ranges and an average altitude of 750m above sea level. The area is a popular tourist destination by boasting some of the most beautiful scenery Korea has to offer! In the winter months plenty of Koreans flock to Gangwon-do province to enjoy skiing, hiking and snowboarding. There are also big ice-fishing events in this region. 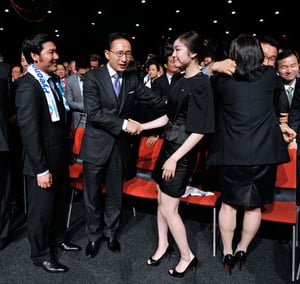 Alpensia Ski Resort, the most popular ski resort in Korea, has been landmarked as one of the hotspots for the 2018 Winter Olympics. Alpensia has been under construction and renovation for some time now and has 6 slopes for skiing and snowboarding. The slopes are at an incline of 1,400m and the resort is building a cultural hall that will host the Cultural Olympiad. Main Olympic arenas will be Alpensia Sports Park, Bokwang Snow Park, Jeongseong Alpine Center, and Gangeung Coastal. The Opening and Closing ceremonies are scheduled to happen at the Pyeongchang Olympic Stadium. 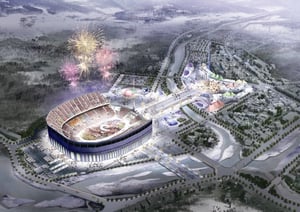 How did Korea do in the 2014 Winter Olympics?

If you are into sports and interested in teaching abroad, 2018 could be a real fun year to be teaching in Korea.