5 Travel Destinations You MUST Visit While Teaching in Korea

Traveling is the major reason I chose English teaching as a profession. I love to travel...and becoming an ESL instructor made my dreams come true, having traveled to 42 countries in the past six years. For me, this is an accomplishment - one I know will be a part of my identity for many years to come.

If you love to travel, engage with other cultures, learn new languages and see things you never dreamed of; then choosing ESL might be the right path for you! 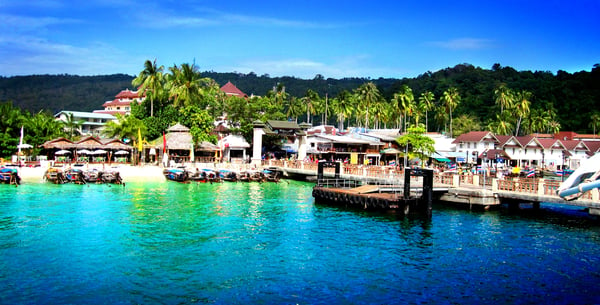 Korea is perfectly nestled between China and Japan. Countries easily accessible from Korea are the Philippines, Guam, Japan, China, Hong Kong, Taiwan, Thailand and Vietnam. For the more adventurous, there are also Mongolia and Russia. Some of the top beaches in Asia are within a 3-7 hour flight from Seoul. To mention a few: Alona beach in the Philippines, Macleod Island in Myanmar, Similan Islands inThailand and Perhentian Islands in Malaysia.

I fell in love with plenty of cities and destinations in North and SE Asia. Every country and culture were completely different than the next. Below are my top 5 travel destinations in Asia. I highly recommend planning a trip to as many of these places as possible! 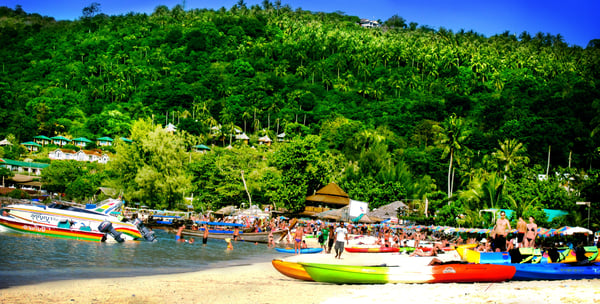 Thailand was the first country I traveled to outside of my home, and all I can say is... don't skip Thailand! There are just so many good things to say about the country: friendly people, good food, warm culture, beautiful beaches, and plenty of outdoor adventures.

I recall flying into Koh Samui island on a little airplane with propellers. Of course, I thought I was going to die, but once looking down below at the jungles of coconut trees and aqua blue waters, I felt excited about the destination we were landing in.

Koh Samui is breathtaking from every angle of the island. If you want to experience Thailand's jungles and beaches, this island has it all. From riding elephants, eating delicious barracuda, swimming in waterfalls, to catching a boat to Kho Phangans Full Moon party - it is an exciting island with everything to offer.

Most importantly, you will not forget the beaches! Koh Samui is covered with pristine white-sand beaches and good weather all-year round. Because of its location, it gets more sun during Thailands rainy season. Visit Koh Samui's famous beach, Lamai beach, and take a dip in Hin Lat waterfall. 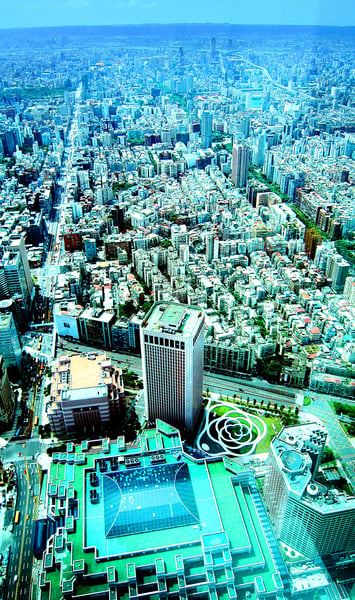 I find that most travelers don't know that Taiwan is a stunning country. For a small island, it has everything from beautiful beaches and luscious forests to breathtaking biking trails. Taiwan also has a moderate climate all year round, which makes it a desirable place to travel during the freezing Korean winters. However, it does get hit with the occasional typhoons, so avoid traveling there from August to November.

Taipei is the capital of Taiwan and is a city that bustles with scooters and night-time markets. The Shilin Night Market is big business, and since the daytime temperatures are humid and sticky, you can enjoy the evening breeze while sampling all the delicious foods Taiwan has to offer. 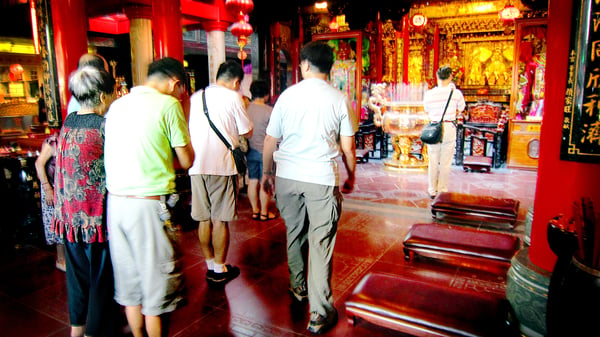 Taipei is nearby mountains and beaches, so for the adventurous soul you can enjoy a scenic ride up the escarpment with the Maokong Gondola to a teahouse that looks over the entire city. Fulong Beach is also a train ride away from Taipei and is a great place to enjoy some delicous beach side food and temple-stays. There is a temple on the beach that overlooks the water. It is worth a visit. 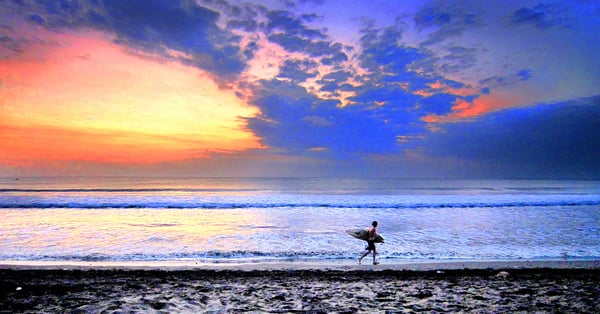 Bali is the priciest island destination outside of Korea, but well-worth every penny when you're drinking a Kopi Luwak in a forest surrounded by sacred monkeys.

Bali was the first destination I travelled to oustide of Korea, during the Chuseok vacation period. I was lucky enough to go during a year that we had the entire Chuseok holiday week off.

Bali is the only Hindu island in Indonesia and has a unique take on religion and spirituality. I found that the people were gentle and caring, and while travelling around I could feel the presence of a spirited magic that the islanders claimed came from the active volcanoes. 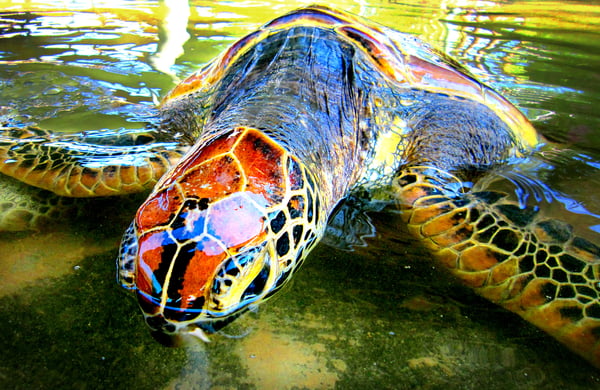 It is a special place with beauty all-around it. It is also relaxing and adventurous at the same time. You can enjoy a massage on the beach or climb up an active volcano to see the sunrise. Places to visit are Kintamani volcano, the quaint town of Ubud (where you can venture into the rolling rice-paddies) and Tanah Lot, a temple that only appears during low-tide.

Bali is renown for the Kecak Fire Dance that has the whole island mesmerized. It is a male-only chorus that is sung deeply while in a trance. It is quite hypnotic, including up to 100 men swaying from side-to-side slowly.

The Philippines is the closest island destination to Korea. It is a great place to escape for value and beauty all in one package, specially during the Seollal vacation period when Korea's temperatures are below freezing.

The Philippines is a great value-for-money destination and for those on a travel budget this is the destination to travel to. Your student loans do not have to stop you from the thought of traveling, it would be effortless to pay them and save in a few months to make a trip to the islands.

A Seoul/Cebu flight is roughly 350,000 KRW round trip. And once you're in the Philippines you can choose 4-star accommodations for half the price of any other destination! 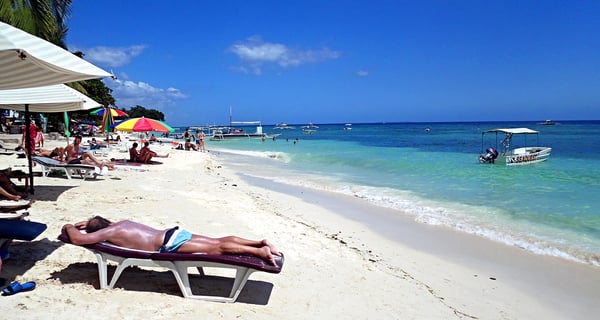 Think coconuts, white sand beaches, delicious seafood, adventure sports, some of the best snorkeling and diving spots in the world, and massages on the beach! The Philippines offers it all...and on a budget. What is there not to love about it?

Bohol is a famous island about a 3-hour ferry ride from Cebu city with plenty to see and do. Such as the famous Chocolate Hills, Tarsier sightings and Panglao Islands' Alona Beach. 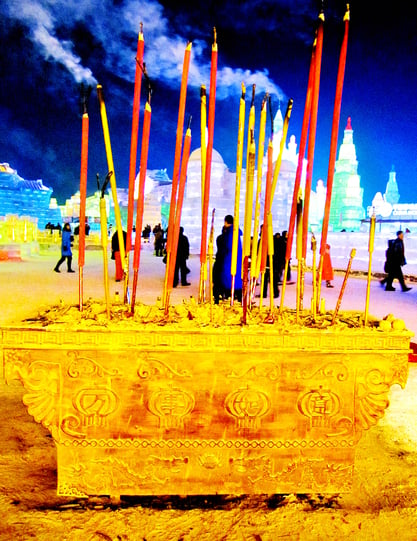 One of the most unique opportunites I got to experience while travelling was the Harbin Ice Festival in Harbin, China. I heard about this festival from a Korean colleague who used to live in Chin, so a friend and I made the trip to Northern China to visit the festival.

Considering the freezing temperatures of -35C and the lack of English, it was an adventure I will never forget! I highly recommend making the journey out to Harbin during the months of January, February, and March. It is truly a spectacular sight and something well-off the beaten path.

The festival is held during winter and the trip to Harbin is a long one. The best possible route would be to fly from Seoul to Beijing and then catch an overnight train to Harbin. The trains usually arrive in the morning so bring plenty of warm clothes and make sure you book your accommodation in advance. 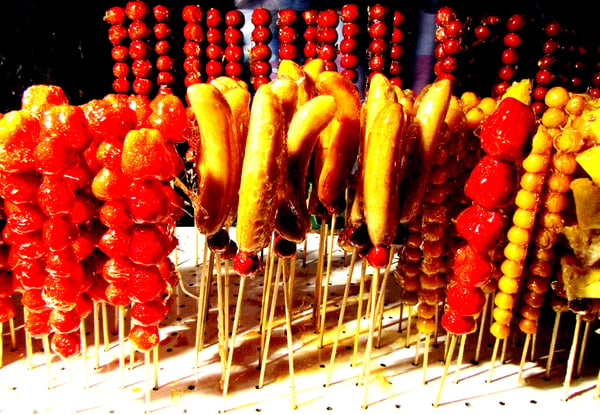 Keep in mind that Google maps does not work in China, so I would suggest paying the hotel in advance to collect you at the train station. You could walk but it is really unbearably cold and most Chinese people living in Harbin only speak Russian.

Harbin is such a quaint little town that is interestingly half Chinese looking and half Eastern European. There are plenty of Russians walking around and the beautiful cobbled streets lead you straight to the iced lake. You can skate across the lake to a giant Buddah statue.

The festival itself is just magnificent, I have never seen anything like it. Your imagination cannot perceive the massive ice sculptures that consist of palaces and temples that you can wander underneath or on top of!  And every now and then, when you are freezing, you can enter a heated room where you can purchase a warm snack and drink, before you wander off to the next icy wonderland.