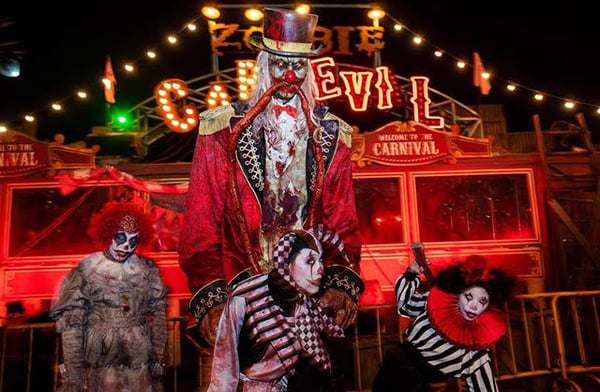 Since I live close to Gangnam Station, I am close to a bus stop where I can take the 5002 red bus directly to the parking lot for the two parks. From Gangnam to Everland, the bus takes approximately 40 minutes. It’s fast - considering the distance it covers! The fare is only 2,500won (one-way). If you are lucky, you can get a double-decker bus. The seats on those buses are extra comfortable. This bus comes every 25 minutes; thus, be sure to time accordingly!

During this time, there are several Halloween themed events and activities that are aren’t included as part of one’s admission fee. Be prepared to pay extra. During my visit, I noticed that the Horror Safari and the Horror Maze were extra. Both were 5,000 won per person. Be sure to purchase the extra night attractions when you arrive! You select a time to go to the attraction to ride. Thus, there are limited amounts of tickets for each time slot. The horror ride attractions open at 7:30. Before 7:30, the rides run as usual. The attractions are closed for a short while as they prepare all the horror fun. The Horror Maze is open the whole day though! There are three rides that turn into horror attractions at night: Horror T-Express, Horror Safari and Horror Amazon Express. 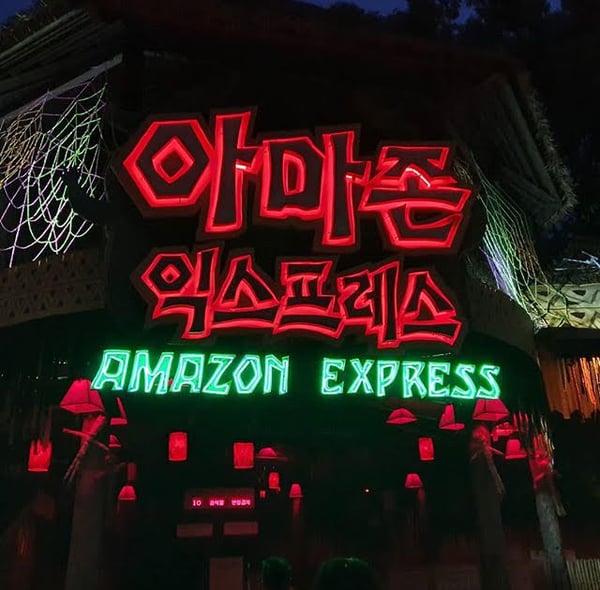 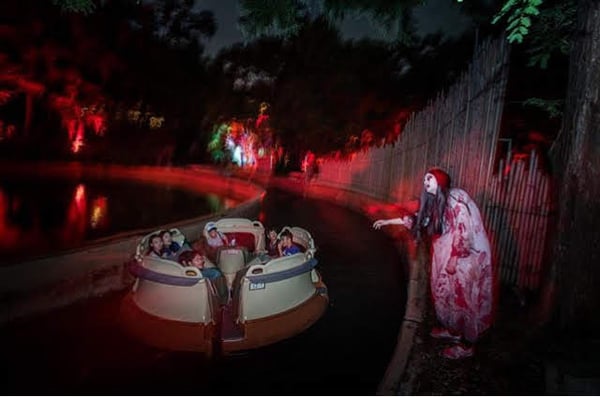 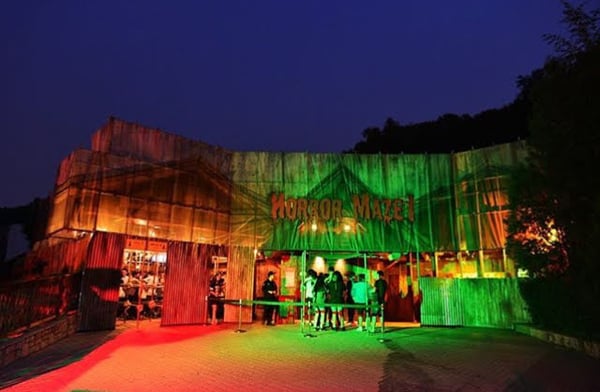 While the horror rides don’t open until 7:30, there is plenty to do before then. There are make-up artists turning guests into zombies. Depending on how detailed, the price varies. Also, once can watch the Wicked Parade during the day. Moreover, one can purchase one of the many Halloween foods! They sell Hakle hotdogs, Dracula BBQ, bat ice cream and coffee, and horror drinks with floating eyeballs. 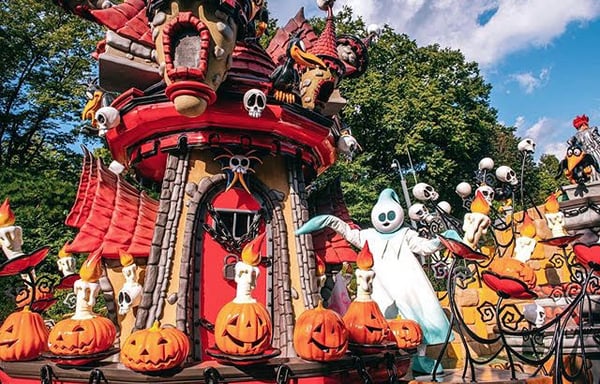 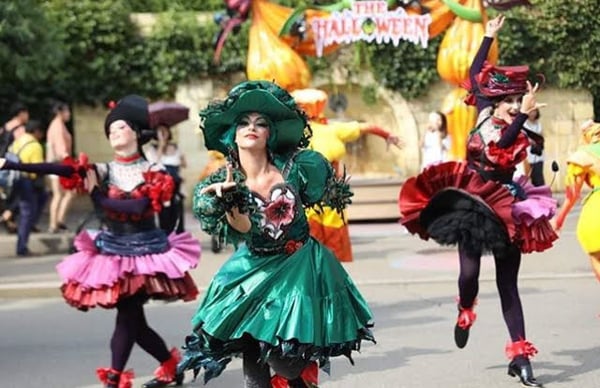 As the sun is about to set, one can enjoy a  Devil Rock concert. There are different performance times. The Devil Rock group performs various popular songs that have been given a heavy metal twist. Around the same area as the stage, don’t miss the Crazy Horror Run performance located next to the horror maze. Also, at the entrance of Blood City, there are many actors running around to scare guests. They take photos, too. 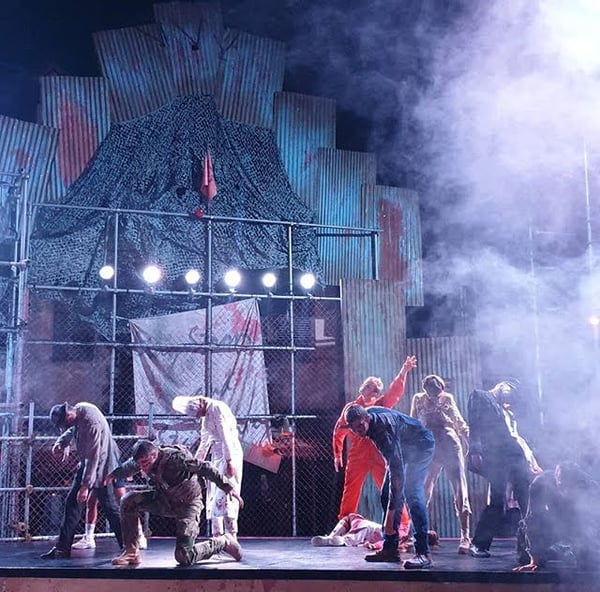 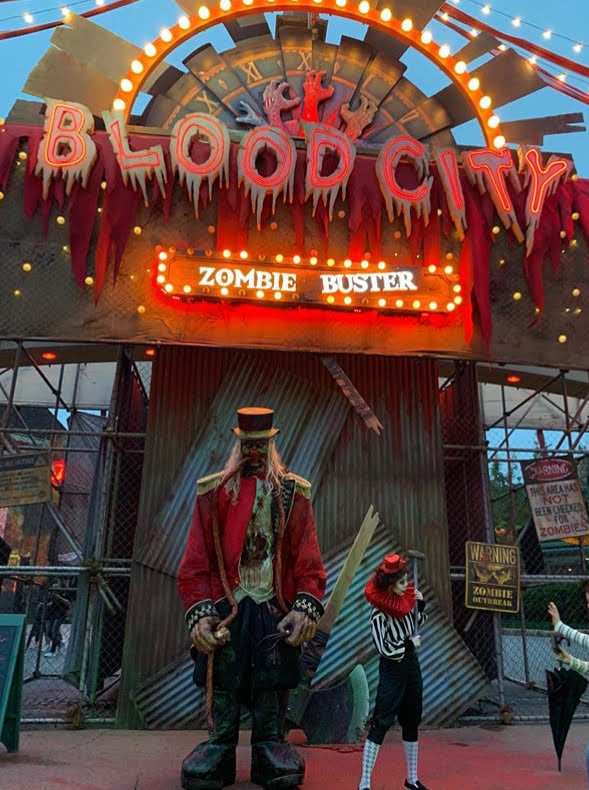 If you are into horror and thrills, Halloween at Everland might just be for you. It’s a little bit of home in Korea! 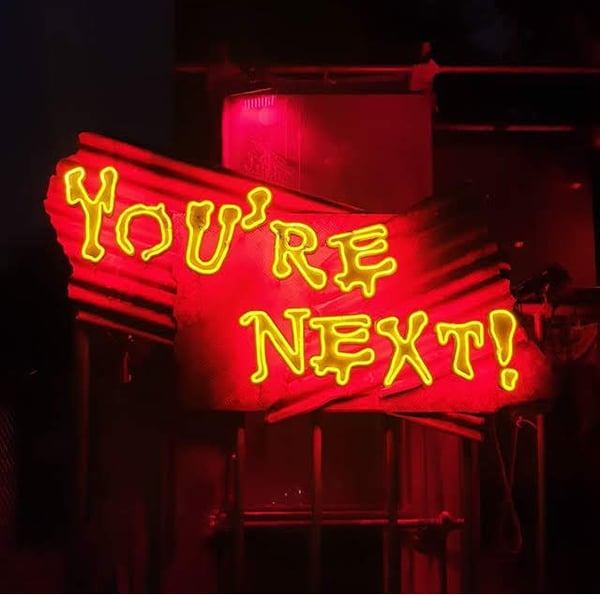