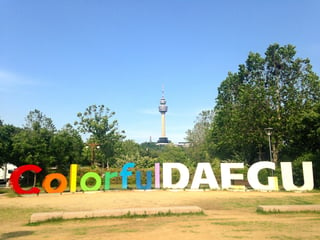 Daegu (Taegu) is the third largest city in Korea with a population of about 2.5 million people. It may seem like a lot of people, but when you are there, it doesn’t feel like it at all. Surrounded by mountains, Daegu is one of the warmest places in Korea, but if you do choose to work here, the beaches of Busan are only about an hour away. Going around Daegu was great when I recently visited because many of the Koreans there are accustomed to interacting with foreigners. Also, since there are four U.S. military bases located near Daegu, there are many Western and non-Western individuals living and working there. 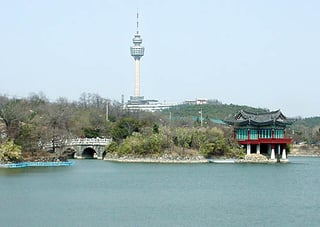 One reason why many people choose to live in Daegu is because it feels like a small-big city. Going around town from all of the major hotspots to the center of Daegu using a taxi usually costs less than 10,000 Korean Won. In Seoul and Busan, the price for a taxi is way more expensive than that. Also, the cost of eating and drinking is a little bit cheaper than the other major cities. I think Daegu would be a great place to live and work at if you want to save a lot of money.

Things to do in Daegu: 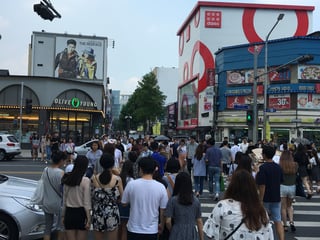 1) Downtown Daegu - This is where everyone goes for shopping, eating, drinking, and to enjoy nightlife. The most popular department store that can be found in Daegu is called Debek. There are numerous branches located throughout Daegu and the clothes there are rather on the high-end scale. You can score some good deals though at the downtown location if you search for them hard enough. Popular stores like Uniqlo, H&M, and Zara are also in this area mixed with local Korean brand stores.

If you want to meet both foreigners and Koreans, Thursday Party is a popular spot. There are two Thursday Party locations where you can drink and mingle with others. It is always packed because their alcoholic beverages are not too expensive and you can play a game of darts or beer pong. Other favorite drinking places include Salon de Coco, Hot Issue, and GoGo Vinyl (pouch drinks). Everything is within walking distance of each other so if you are into the bar hopping sceneaegu is a good place to be at. 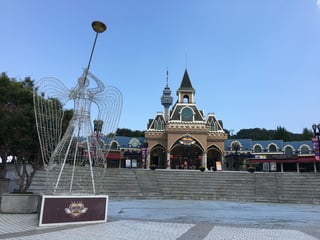 2) E-World and Tower 83 - E-World is Daegu’s amusement park. If you are thrill ride enthusiast, this is the place to go. They have multiple roller coasters (one that shoots you forward and into reverse), Korea’s favorite viking ship, and a 360 degree spinning ride that will spin you in your seat while you and others are spun 360 degrees into the air. I’ve never seen anything quite like it and your bravery will be put to the test (similar to Lotte World’s Gyro Swing). If you want something that is just relaxing, Tower 83 is the tallest point in Daegu and you will have an amazing bird’s eye view of the city and its mountains. You do not have to have a ticket to E-World to enter Tower 83 as they have their own separate entrance even though it is located on the same premises. Don’t forget to check out Duryu Park across the street if you want a cool place to relax (also home to Korea’s Chicken and Beer Festival). 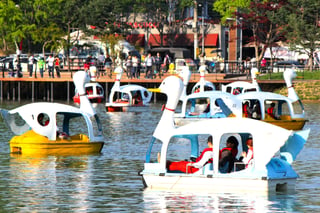 3) Suseong Lake Park - This is a man-made lake located on the far side of Daegu. It is also a popular spot for couples to visit so they can watch the water show or do some paddling on the Swan Boats. As we arrived, musicians were setting up to do a performance and  there was also a movie showing in the park too that day. Cafes are lined up alongside the lake so it is a great place to go ahead and have a drink and relax. You will also find one of the world’s most lucrative Starbucks next to Suseong Lake Park. 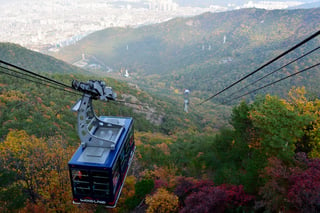 4) Apsan Park - If you want to try and enjoy more of nature, a climb up Apsan may be in store for you. Apsan is about 600 meters high so it is a little bit of a hike, however if you don’t want to go climb and still enjoy the scenery, you can ride Aspan’s cable car up the mountain. This will take you to the observatory at the top. At the base of the mountain, you can enjoy a variety of activities like archery and horseback riding. This would be a great way to enjoy an afternoon.

I originally went to Daegu so I could get away from the hustle and bustle from Seoul but I didn’t realize how much I would like it and how friendly the people were there. No wonder those who have lived and worked in Daegu choose to stay there. I completely understand why now. So if you have the opportunity to live and work in Korea, make sure to check Daegu out!