How to Celebrate 5 Holidays While Living in Korea

There are certain times each year when I really miss home.  Whether it’s a birthday, a national holiday or religious holiday, we all become a little homesick on these days.  The good news is there are some great ways to celebrate these holidays, even while teaching English in South Korea.  The five holidays I have found to be the most popular among expats living in Korea are Birthdays, St. Patrick's Day, July 4th, Christmas and Thanksgiving. 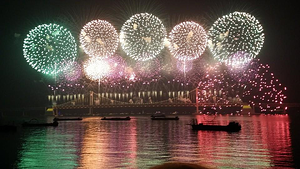 Recently, it was my birthday, the second one I have celebrated in South Korea. Thanks to my good friends, and adopted Korean family, they made it one to remember.  The Week started off with my Chungdahm Branch buying a cake, a tradition which they do for all staff, which is really nice

Because my Birthday falls the same weekend of St. Patrick’s Day we made it a double celebration. Some of my friends and I went to Busan for the weekend which as it happened was only the start of the celebrations. We started the day off by having dinner in my friend’s home. They cooked an amazing meal for my friends and I, and then we headed to Haeundae beach, a well known area in Busan, full of great restaurants and bars.

We finished off the weekend by having a meal together in a popular restaurant on the beach.  The owner kindly opened earlier to allow us all to eat and have some drinks, before we got the KTX back to Daegu.  Even though I missed my family and friends from back during my birthday, they sent me cards, and it was lovely spending time with people who I have met while teaching English here in South Korea.

Luckily for me, St. Patrick’s Day is celebrated all over the world, but, even better there are almost 1000 Irish people living and Teaching English in South Korea. That means, there was no shortage of celebrations to commemorate this national holiday. 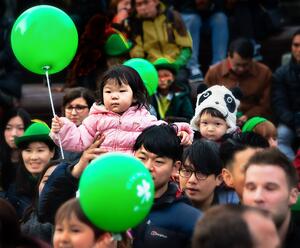 There was even a St. Patrick's Day parade in Seoul, however I did not have to go all the way to Seoul to have a good time. Right here in downtown Daegu, Koreans and foreigners alike dressed in green and celebrated the Irish holiday. This was my Second St. Patrick’s day away in Korea, and this time around it was just as fun as it is back in Ireland. Everyone was happy and in a joyous mood, and for one day only, everyone was Irish. 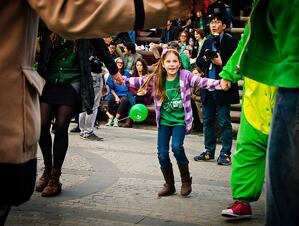 As an Irish person, I had never celebrated July 4th, until I came to South Korea. The majority of English teachers in South Korea are American, and as such, there are plenty of 4th of July celebrations to be had. Luckily for me, I have had the pleasure of celebrating two Independence days here. Both Years involved roof top BBQ’s and both years finished off with fire works.  We also ate hot dogs at work, and we watched some American Movies. Some of the American English Teachers made some traditional American snacks, including; Kraft Mac n’ Cheese, corn bread, and baked beans. 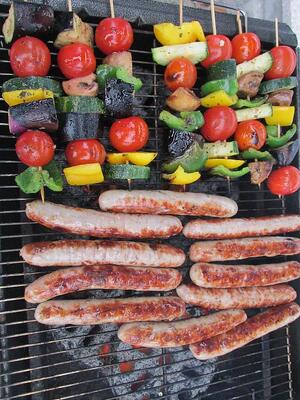 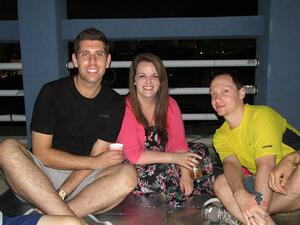 Christmas is my favorite time of the year, and my first Christmas away from home would have been really difficult, had it not been for my amazing friends and co-workers.  Even though Christmas is not as big in South Korea as it is back at home, one thing that made it feel special for me was the abundance of decorations, which are left up well into the New Year.  Also Christmas music is played well into February. I am not joking, one of the coffee shops in Daegu left its Christmas tree up all year round. The bigger department stores sold Christmas trees and lights and everything you need to make your classroom or apartment festive for the holidays.
Christmas would not be Christmas (for me at least) without presents, and while I am the other side of the world, my family and friends still sent me a HUGE parcel filled with great gifts.  The parcel included some home comfort food and Christmas cards which made me feel like I was right at home. 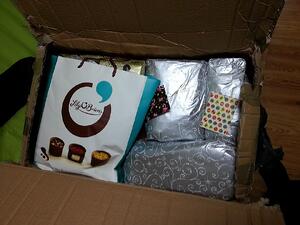 5. Thanksgiving
Thanksgiving is also celebrated here by the foreign community.  Usually many of the teachers get together to enjoy a feast. To get a better understanding of how to celebrate Thanksgiving in Korea check out Tina's blog, "Chungdahm Teacher Celebrates Thanksgiving"

While it is never easy being away from friends and family, it can be especially hard during certain times of year. But remember, teaching English in Korea gives you the opportunity to travel and see the world as well as meet many new people.  Also, celebrating holidays in Korea with all these new friends quickly makes you quickly forget how far away from home you are. I still remember last Christmas fondly, because of the people I spent it with.

John May grew up in Dublin, Ireland where he is from and went to Trinity College – one of Irelands best known universities. He graduated from here in November 2012 with a B.A. (Mod) in Geography & Sociology. John has always had a passion for travelling having been to most of Europe, he decided to explore Asia after University. He had always wanted to teach and thought what
better way to travel than teaching English on the way. John is currently teaching English for CDI in Daegu, South Korea a position he found through Aclipse; he has been here for almost two years now, and loves every minute of it!