How To Celebrate Your Birthday When Teaching in Korea

It's that time of year again, another birthday in Korea. This past week I celebrated my 30th birthday, which was my 6th birthday I have had in Korea, and it has made me reflect on all the great ways I have celebrated my birthday over the years in Korea. Every year I have dreaded the idea that my birthday is no longer in the hot South African summer, but rather in the brutally cold January of Korea! But, to my surprise, every year has been filled with great friends, a happy spirit, and an event that has been very different from the last.

So, what could you do on your birthday in Korea? Here are some great celebratory ideas for when you teach English on your year abroad.

1. International Travel on your Birthday

Travelling internationally on your birthday is not for all teachers, because it depends on your school calendar and when your birthday is, however it could be a possible option if the time of year adds up. For example, my birthday falls in the heart of the Korean winter school holidays, so it is a perfect time to plan an overseas trip! In 2011, a group of friends and myself travelled to the Fiji Islands! I found myself lying on Beachcomber Island, off the Fijian Coast, sipping cocktails in an island paradise on my birthday. It was an adventurous 25th birthday shared with three South African friends I met while teaching English in the Korean countryside. 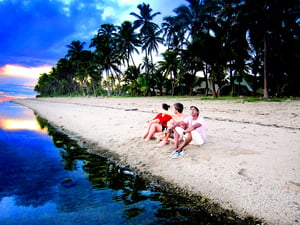 Other friends of mine have spent their birthday weekends in Tokyo or Hong Kong. It is possible to plan a weekend trip to Japan, or if your birthday falls on a holiday like Solnal or Chuseok, you could travel to an island in the Philippines, or a city like Taipei. A few years ago, I traveled to the Harbin Ice Festival in China during Solnal and to Bali and Kuala Lumpur during Chuseok. 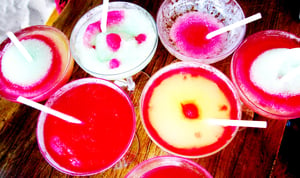 2. See Korea on your Birthday

lf you cannot travel out of the county, you can plan a birthday getaway in Korea. There are plenty of places to see in Korea, such as Jeju-Island off the mainland, or the southern beaches of Busan, or the rocky cliffs of Mt. Jirisan. There are also plenty of seasons which are prominent in Korea, so you can add themed travel to your birthday. For example, a few years ago my sister and I went skiing for my birthday at Muju Ski Resort. We stayed in a hotel with some teachers from my school and enjoyed a winter weekend away, out in the mountains. During our trip, we sang in a Noraebang (a Korean karaoke room), ate warm Kimchi Jiggae and sampled fresh crab from the region. We even learned  how to snowboard for the first time! 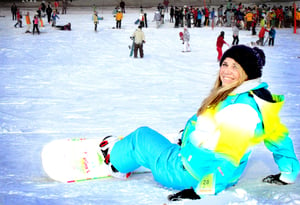 Other themed birthdays over the years, have included weekend trips to Busan! A couple of my friends’ birthdays fall in the Korean summer, so we usually plan a beach getaway. The weekend begins by traveling on the KTX to Busan. Once we arrived we went out for cocktails in Haeundae. Saturday and Sunday daytime were usually fun-filled days in the sun - playing some kind of sport and swimming at Haeundae or Gwangali beach. The nights were followed by some delicious food at The Spain Club and partying at Elune Club, a hot beach spot. 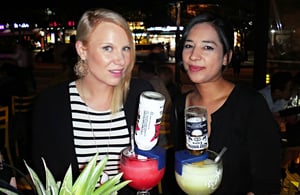 3. Be a Tourist on your Birthday

Korean cities and towns are filled with historic monuments and culturally interesting things to do. In the countryside there are plenty of festivals annually. If your birthday is anytime during these festivals, it’s a great way to spend your birthday. For example, it you find yourself in Nonsan during April you could celebrate your birthday at the Nonsan Strawberry Festival! Or if you happen to live in Jinhae, you could plan your birthday festivities around the Jinhae Cherry Blossom Festival in May. 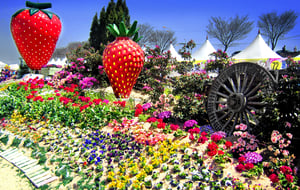 lf you live in a big city like Seoul, you could plan all kinds of events for your birthday! Over the years, I've had dinner at various themed restaurants, such as Spanish Tapas in Itaewon and al1-you-can-drink-wine at the Coex Wine Buffet. Other day time events have included drinking mojitos at Bermuda Triangle and ice-skating at City Hall. We have also ventured to Samcheongdong for  ice-cream and Namsan Tower for hiking and scenic views. 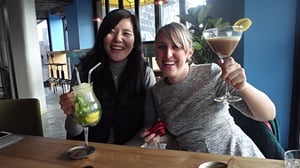 So What did I do for my Birthday this Year?

This year a group of friends met up for my birthday at Southside Parlor in Noksapyeong. Southside Parlor is a famous Southern bar that prides itself in southern hospitality and unique cocktails. We booked two couches for 15 people, and arranged an almond-flour chocolate cake to be made for the event. 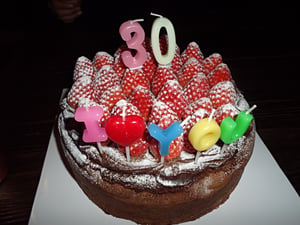 Southside Parlor is famous for its Piggy Chips, which are homemade sweet potato chips covered in cheese and BBQ pulled pork. We ordered four of these for the table and got a variety of cocktails, from a "Christmas in Barbados" to a "Moscow Mule". They all were delicious and extremely unique to this quaint little bar. Most people arrived after 7pm and we ordered a grape mint shisha and ate some birthday cake.

Later that night we headed to a club in Itaewon for some dancing, called Ming House, and finally ended off the night in a Small Irish pub called Shenanigans. It was really freezing, -17°C, so we decided to catch-up, relax and end off the evening with warm Irish Coffees and singing along to good ol ' 90's pop music! 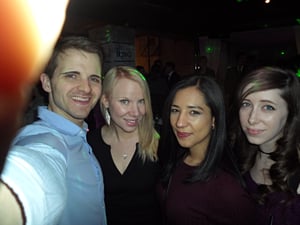 I hope this blog is helpful for when you and your friends are planning how to celebrate a birthday when teaching in Korea.