How to Make Friends While Teaching English in Korea

One of my biggest concerns before I began teaching English in Korea was that I would find it difficult to make friends. ChungDahm however does a great job at coordinating events that allows teachers from various branches to meet up and participate in fun activities.  Within each term, there are at least 3 functions that the development team puts together. I've been here for over 3 years and since the majority of my closest friends have already left, I use these functions as a way to network and meet new people. Below are three ChungDahm events that I have recently attended. 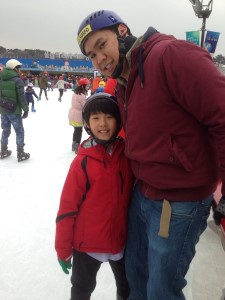 If anyone knows me, they will know I don't mix well with ice/snow. Since I knew this would be one of the last times I would be able to hang out with my best friend I decided to take the risk and give ice skating a try. The event took place at Olympic Park in Jamsil and it included 60 of us who work all over the Seoul area. Olympic Park is near my branch and we had this ill feeling that we would see our students.  Although I did run into a student, it turned out to be one of my favorite ones and it proved to be a beneficial encounter as he gave me some tips on how to skate.  The ice skating itself turned out to be a lot of fun and afterwards ChungDahm took us all out for Korean BBQ (samgyeopsal). There we ate, drank, and played games in the restaurant so we could get to know each other better. 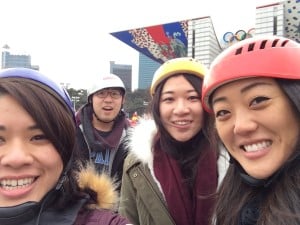 A few weeks after ice skating, a bunch of people we met through the ice skating joined the ChungDahm darts tournament at Bull and Barrel Bar in Itaewon. About 40 of us participated in this event and we took up both floors of the bar/restaurant. The tournament used the same format as the FIFA World Cup. In the group stage we won the first two games however we lost the next two. As a result of losing the last two games we were not able to get out of the group round. Although we got knocked out of the tournament, we decided to hang around to watch the remainder of the tournament. About 2 hours later, the defending champion of the 1st darts tournament from last term defended their title easily. Despite not being able to win the tournament it was another example of how fun the ChungDahm social events can be. 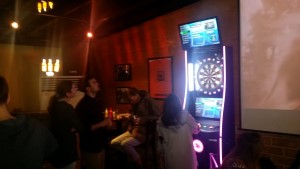 3. Trivia Tournament
The final ChungDahm social event I recently attended was the trivia tournament.  Similar to the darts tournament, this event took place at Bull and Barrel. A total of 100 people attended this event and we divided ourselves into 20 teams of 5. Categories for the trivia questions included current events, triple-A words, music, showtunes/movie songs, and sports. During the middle of the tournament, ChungDahm did its first ever spelling bee. I think all of us got a kick out of how competitive we were when it came to spelling. After 3 grueling rounds of 90 questions, it came down to a tie breaker for 1st place (movies of 2015 based on the actors in the film). After 10 questions the two teams were still tied and as a result they  were declared co-champions. Congratulations to Pyeongchan and to my team of Gangdong for defending the championship!

So, if you think that you may have a hard time adjusting to life outside of your home country, there is no need to worry because ChungDahm will have you covered when it comes to making friends in Korea. Just show up to one of their social events and consider yourself as another member of the ChungDahm family.

Tags: Social Clubs, Activities to do in Korea, teaching at Chungdahm, meeting people in Korea