Gwangan is one of the beach areas of Busan and is located off of Line 2 –the Green line. Here right on the beach is a bar, not so coincidentally, called Beached! Beached hosts open mic night typically on Thursdays and regular scheduled performances throughout the week! There is a great view of the ocean and it also boasts a friendly staff! Check out the Beached Facebook page for more details!

Also on the beach in Gwangan is HQ Bar! HQ has two locations one in Gwangan and one in Kyungsung University area (also off Line 2 - the green line)! Both locations host open mic and spoken word nights throughout the week! They also host an array of music genre nights as well such as dub or jazz! In addition, HQ makes awesome food! Try the jalapeno burger while you enjoy the performances!  HQ also hosts many other events throughout the week like trivia or tournaments! 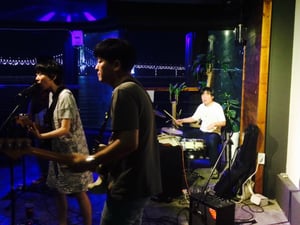 KSU (off the Green line) is a university area so the place is filled with bars, restaurants, cafes, and plenty of places to watch live music. One of the more famous places is called Vinyl Underground! Vinyl hosts many of Busan’s locally famous bands and is a place to go see local artists and buy their merchandise! Vinyl does an awesome job of including both Korean and foreigner bands in their line up, so there is always something new to see! The bar primarily has scheduled performances and because of its popularity it rarely does open mic nights. 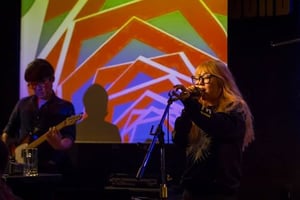 However, right down the street from Vinyl you can find Ol’55! Ol’55 is a lesser known bar in KSU which hosts many open mic nights! What is great about Ol’55 is that they also have multiple turntables for any budding DJ to try! 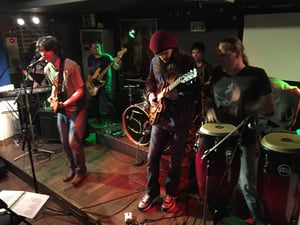 PNU is located off of Line 1, the Orange line, and is also one of the famous university areas! The area is a bit smaller than KSU so it is a little less bustling. However, PNU is the home of one of my favorite bars, Basement! Basement has open mic nights twice a week and usually has scheduled performances throughout the week. It was here I made my open mic debut. Both Korean and foreign artists perform here and the owner offers an array of musical instruments to use! The staff is extremely welcoming and they make a stellar pizza. 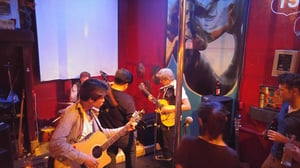 If you aren’t looking to spend time in a bar to watch live music, try out busking scene. Busking in Busan is very active and you can often see singing busking teams on the street in Seomyeon (off the Orange line) late into the night. One team I’ve seen perform many times is called Vocal Story and is a team of about 10 singers who travel around Busan busking in the streets! Their performances are amazing to watch and they often take requests both in English and Korean. 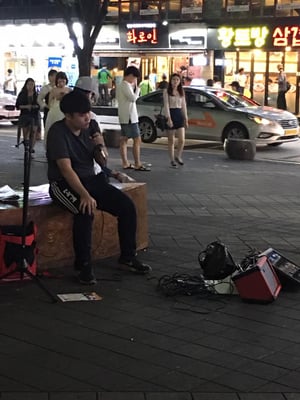 So if you like live music, especially indie music, Busan is a sure place to visit! Also make sure to check out Busan Haps on any and all upcoming musical events!