Take a Tour of a ChungDahm Teacher's Apartment in Busan

When looking for housing while teaching in Korea, it is typical that most individuals will come across two different types of apartments; a studio apartment and an officetel. The studio apartment is a form of housing meant for individuals or couples.  Studios are usually unfurnished, but offers a larger amount of space. The officetel on the other hand is a blend, as you may have guessed, of an office and hotel. These apartments are designed to suit both the needs of an office and a hotel.  Officetels are usually furnished, however, they typically have a smaller living space.

In Busan, I live in a very modern and new officetel. It has shelves, drawers, cabinets, and racks built into the walls. This adds the convenience of storage, without adding clutter to the small room. One of the perks of my officetel is that the single bed, and flat screen TV came with the room. The design of the room is very modern, and offers a sense of class. 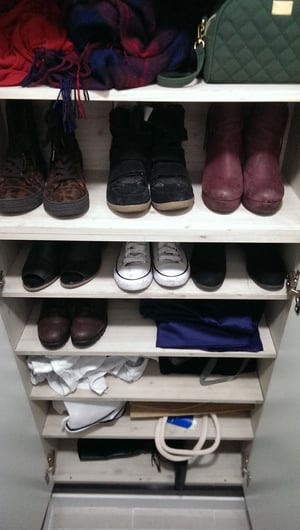 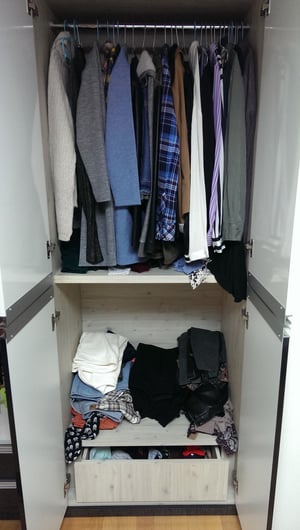 I was lucky enough to be housed in a very modern and new building by Chungdahm. It has a state-of-the-art security system that allows me to access not only a camera on the external door of the building, but also outside of my individual unit. There are pass codes to enter the building as well as to my apartment. I never have to worry about losing a key, which is a huge relief. 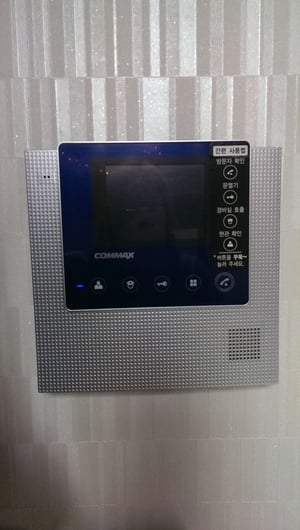 Since my apartment was designed as an officetel, it came with free internet, which was amazing not only because Korea has one of the fastest internet speeds in the world, but also because I got to avoid the complicated process of acquiring an internet plan, while speaking a foreign language. I also got free cable TV, which offers a range of Korean channels but also has about 10 North American channels such as the Discovery Channel, Animal Planet, and the History Channel, just to name a few of my favorites. 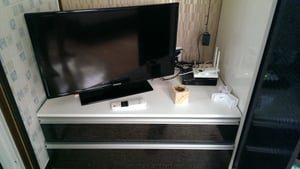 The kitchen is small, but manages to fit in a North American sized fridge and freezer, stove top, sink, washing machine, and cupboard storage. When looking at the size of the kitchen, you truly see the apartment’s maximum capacity as one. 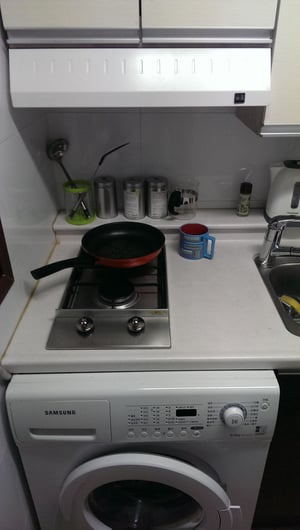 The bathroom is very typical of Korea. One of the first things I learned about housing in Korea was that showers were not separated from the rest of the room.  At the time I was skeptical of this, and wondered if it would bother me to shower in front of the sink and toilet. Now that I have lived showering this way, having the water drain in the middle of the floor, I can say it will be odd to go back to separated showers. I find it very convenient to have the shower and bathroom in one area, especially when it comes to cleaning the bathroom, which I can now do in a record speed. I once thought all my toiletries and towel would be constantly soaked with water, but the shower head is very controlled, and all bathrooms have a toilet paper shield. The only con is that sometimes there is water on the toilet seat, which you never find out about until you sit down. 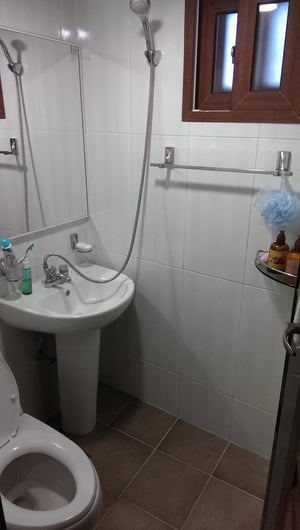 My apartment was very well designed prior to my residence as I didn’t feel like I needed to add anything. However, after a few weeks I realized I needed a side table to hold some of my various knick knacks and devices. Down the street from my apartment is a huge department store called Homeplus, which is like the Korean Wal-Mart equivalent. Not only can you get clothes, home supplies, food, dry cleaning, spa treatments, and prepared food at various restaurants you can also buy furniture there. I was able to buy 2 small classic side tables there for the equivalent of $18 CA. Both tables were simple to assemble, and did not require any tools or patience, as some IKEA products do. It was at Homeplus that I also bought some of the smaller items I inevitably needed while living in Korea such as toilet paper. 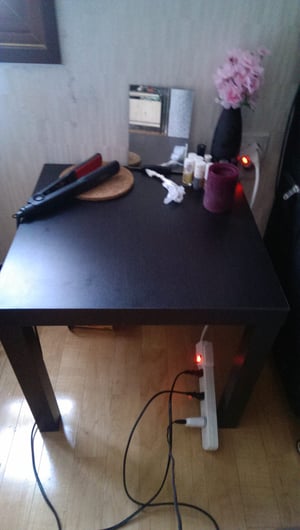 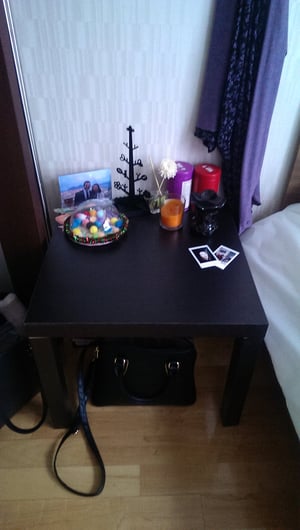 Fortunately, I did not require to buy many items when arriving to Busan because I had ordered most of my apartment fixtures online through The Arrival Store. The Arrival Store is a company that helps set up new foreign teachers looking to move to South Korea with all their apartment needs. They offer an Aclipse Teacher’s package, which discounts teachers going through Aclipse. I purchased this package prior to leaving Canada. It included: a mattress pad (Korean mattresses are notoriously stiff), duvet/comforter, pillow, sheet and pillow case set, 2 sets of bath towels, cleaning kit, porcelain dish set, utensil set, universal plug adapter, and welcome package (that came with a subway card) This package was $270 US. The Arrival Store also offered a wide range of other items as well. Another great part about shopping through The Arrival Store was their service, as you could have your purchased items be shipped to your ChungDahm branch the day of your arrival. They also offered split shipping option so you could have some of your purchases, like if you had bought a phone through them, shipped to your hotel during training, but have the rest of the order waiting for you at your branch. I found using TAS took a lot stress off me when arriving in Korea.

To take a full tour of my apartment check out my video tour below:

Finally, one of the favorite things about my apartment is its location. It is located a 1 minute walk from my Chungdahm branch and is a 2 minute walk from the nearest subway station, the Number 2 Line (Green Line) on the Busan subway system. Not only that, it is a 4 minute walk from my Korean bank, KB, where I set up my account and where I pay my electricity and gas bills; which have never been more than $30 CA combined. Conveniently, it is also located right outside the Gaegeum market, which is great place to get a cheap meal, find groceries, while also being a known landmark in Busan, which makes it very easy to communicate to cab drivers.

I am been continuously impressed with housing standards that Chungdahm Institute upholds for their foreign teachers, and I am lucky to have been posted here in the Busan-jin branch.