It’s funny how someone from out of town can show you just how much you love where you are. It’s such a cliche, but those fresh pairs of eyes do wonders on your perspective. If you’ve read this blog before, you know that I am heavy handed in my affection for Seoul, so I really don’t need an outsider’s perspective to convince me to love it more. But it really doesn’t hurt. For all of the traveling that I’ve had the opportunity to do, right now the only place I really keep searching for is my home right here. On top of the fact that I have the logistical swiftness of a sloth that is less than ideal for travel, I genuinely love wandering my own backyard. So friends know exactly where to find me...and if they don’t, they can use NaverMaps, which is now in English!  This blog will be another foray into corny journal streams of blabber, so grab some corn silk tea and gimbap for the ride. 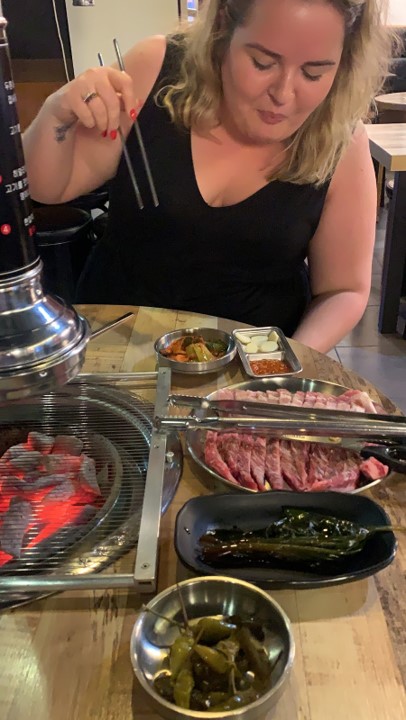 After the slow release capsule that was the transition from winter to spring, summer came KoreaPost express, ushered in by my first hot weather visitor, Hannah. I met her by chance at a birthday party in Siargao, Philippines, and we spent approximately a cumulative five hours together before I got a DM from her in March asking if she should swing by on the way to moving back to the Philippines. Naturally, all instincts said yes. She came on the last weekend of May, coinciding with the end of spring term. After my hwesik (company dinner) hurrah’s, I was a free agent for those 48 hours before the start of summer term. The first joy of her trip was our renting out an Airbnb in Mangwon-dong, one of the suburbs of Hongdae in Mapo. Mangwon is one of my favorite neighborhoods in the city, as it is on line 6 so a straight shot to places like Itaewon, and it has one of the best local markets in its vicinity. So we started off on a high note. The airbnb was in this cute complex with a veranda overlooking the city, situated next to a billiards hall which was actually quite nice on the ears. On the ground floor was an outdoor sitting area with mosquito netting and comfy chairs to plop down with all your convenience store snacks. 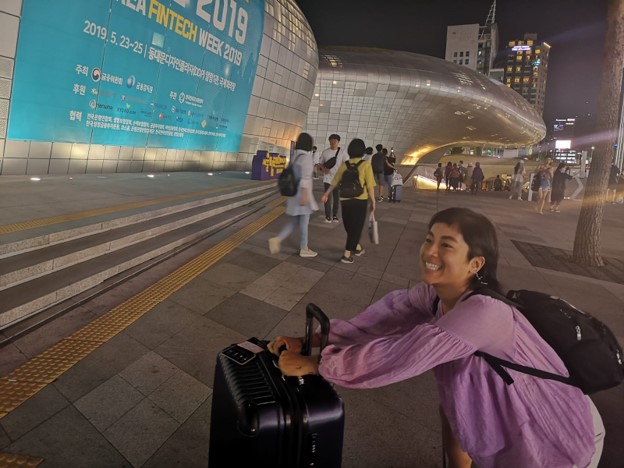 The first night she arrived I took her straight to the unofficial tourism welcome center: a Korean barbecue restaurant. For a sleepy Thursday night, there were so many restaurants open late which only reminded me that sleepy does not actually exist in the city. We had such decadent sampgyeopsal (pork belly) and galbi (beef) and caught up on the year since we’d seen each other. Afterwards, we stopped by a GS25 convenience store on the way home and I gave her the official tasting menu of snacks. She tried chapaghetti and tteokboki bite sized ramyeun, corn chips, banana milk-which she did her best on but could not finish, and of course, soju. We stayed up late on the patio and after her first few hours talked about how easily she could see herself living here. 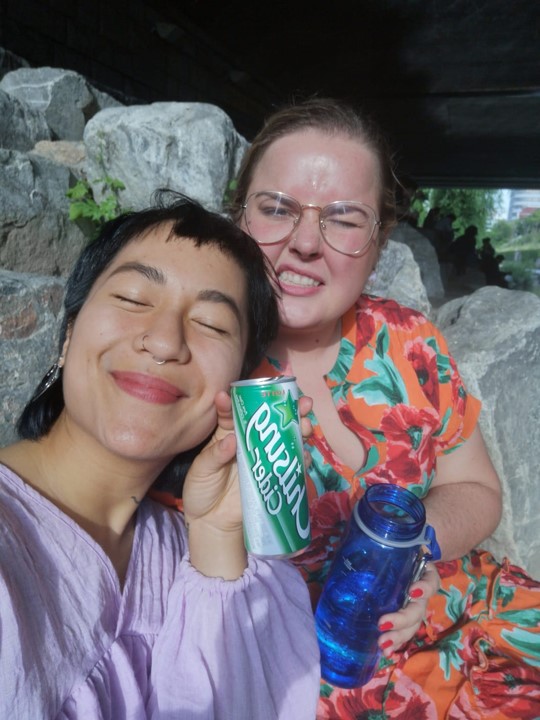 Friday morning we got up around 9 am and aimed to do a mini Hongdae tour before I went back to work. We walked through the Mangwon neighborhood as the humidity peeked out along with the shopkeepers opening up their fronts. We got to Hongdae around 10:30, but in classic Seoul fashion, everything was mostly still closed--even the egg bread cart! A tragedy. So we strolled around the empty main strip towards the Stylenanda flagship store, a local fashion brand, which I knew would be open--and would have a free photo booth. Another thing I never forget is how shameless people are about documenting, curating, and directing their own narratives, or at least that’s what I told myself as we did seven rounds in the booth. Luckily, no one was waiting in line, so we walked out with mementos right from the get go of her trip, along with some nice 3CE makeup. Afterwards, we went to Tiger Sugar, which is the bubble tea joint of the moment. There were only two people in line as it was opening, so we seized the opportunity. Good thing we did, because within twenty minutes, there was a line of thirty or more people behind us. We had their classic brown sugar milk tea with boba to tide us over until lunch. We had dakgalbi with a ring of cheese around the grill, which is both absurd and incredible. We did a bunch of K-beauty wandering and I saw her off and headed on the subway.

I headed back to the Airbnb on Saturday after my morning class and we hit the ground running. We strolled through the market, which now had all the summer all star fruits, like Korean melon, watermelon, and nectarines. Then we hopped on a bus that wound through the central business districts to get to the mecca- Gwangjang Market. For those who aren’t familiar, Gwangjang Market is one of the oldest and most famous open air markets in the city, recently featured in Netflix’s Street Food series. We had sikhae (rice punch), kimchi mandu, japchae, and bintatteok (mung bean pancakes). The best part was the ajumma feeding us moved us into the corner part of the stall right under the air conditioner- dinner and a view. After Gwangjang Market, the only option anyone has is to walk along the Chyeonggyecheon stream- with a stop to the convenience store to buy soju and cider, of course. We were lucky enough to see blue herons walking across the water.

My friend is a nail technician, so I knew the next logical place would be the Dongdaemun Nail mall, located on the sixteenth floor of the Migliore mall. Immediately upon arrival, she was stressed. She had never seen a mall so thorough in its range of products. Keep in mind that this shop is only one floor still, but we spent more than two hours going up and down the aisles. After more shopping at Dongdaemun, we grabbed some more convenience store snacks and called it an early night. 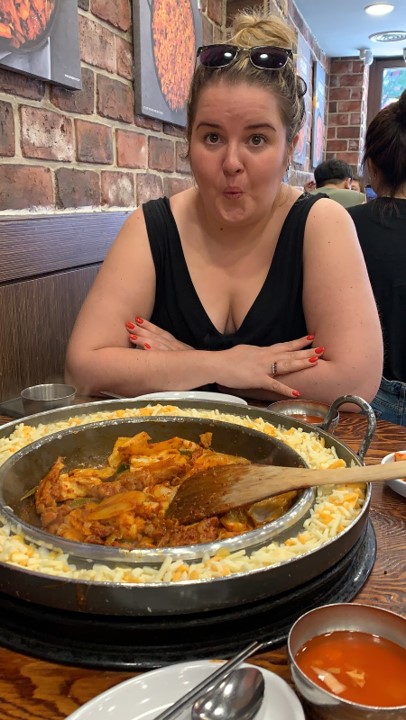 The next day we took it easy and spent the afternoon lounging in Mangwon and listening to the dramatic billiards games and walking through the market. Throughout my friend’s very short trip (rounding out at three days), a common thread throughout our conversations was her lack of urgency at seeing palaces and other tourist sites or sites in general for that matter was she immediately knew upon arrival that she’d be back soon. Although I am a new transplant to the city, it was a source of pride for me to hear that. So we ended our last night going to Casa Corona, a rooftop bar in Itaewon that throws parties almost every day during the summer season. To my great surprise, it was all disco themed for the day, and one DJ even had a live guitarist during their set. With the tropical decor, paper lanterns, and flow of beers, my friend kept saying, “this is just like on the island last year.” Funny how deja vu chooses to say hello. By Sunday night, I was thanking the universe for yet another week with belly fuller, energy bigger, and smile cheesier, with another friend in tow falling in love with Seoul.

Tags: summer in korea, chungdahm learning, teaching at CDL, things to do in seoul