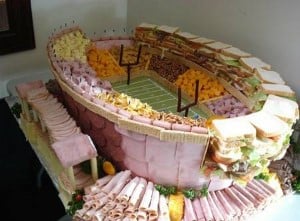 Watching sports in South Korea is definitely a bit of a delicate art form in some ways. Some of the better quality websites that I use to watch my favorite teams’ games are known to get shutdown, mainly due to the generally sketchy nature of the whole streaming business. It’s a matter of staying one step ahead of the internet authorities and always having a backup in place in case your go-to site gets taken down. A few of the reliable picks are vipbox.tv and frontrowsports.eu, but again you never know when they will unceremoniously be removed from cyberspace. If for whatever reason you are willing to settle for simply audio stimulation, then the app Tunein Radio should suffice for your radio needs. Obviously, for the enterprising and resourceful sports fan I’m sure they know of other ways to follow their favorite squads.
Anyways, this morning’s Super Bowl was an awesome opportunity for a few of us to get together and enjoy the game on my friend’s big screen TV, with the aid of a laptop and a HDMI cable. Our boss, who conveniently lives right next door to my friend, also made the five-second journey over to watch the game with us. It was a lively atmosphere to say the least, with the combination of Patriots fans, anti-Seahawks fans, and countless prop bets on the line. The stream luckily held out pretty well for the most part, with one notable hiccup right in the middle of a especially crucial play where it shorted out for a few agonizing seconds. Overall, the Korean Internet was up to the task, and for the most part it was as good as watching it on television. 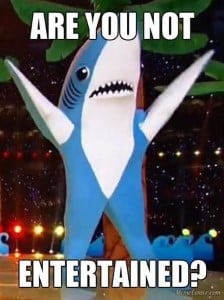 In addition to the game itself, what football party is complete without some game day grub? Our menu was a bit different from the typical Super Bowl fare, since the game started at 8:30 AM instead of the 6:30 PM kickoff on the east coast in America. We had bacon, eggs, chips and salsa, as well as a variety of muffins and fruit. Honestly, my stomach was in knots the entire game so I actually did not even eat anything until after the final whistle.

Overall, due to the time difference, watching big sporting events in this country certainly is a unique experience. Provided you have the willingness to endure some bleary eyed mornings, there is no reason you have to miss out on the biggest games from back home.