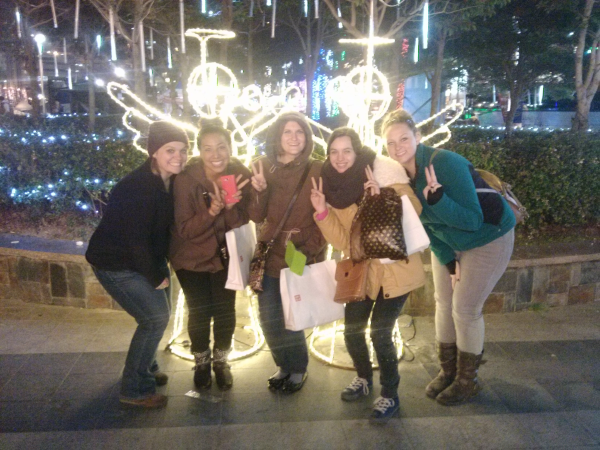 Being angels by the light sculptures

When we first got there the lights were glowing! All along the trees and the boardwalk bordering the beach were a ton of lights. We quickly took out cameras and began to snap photos. 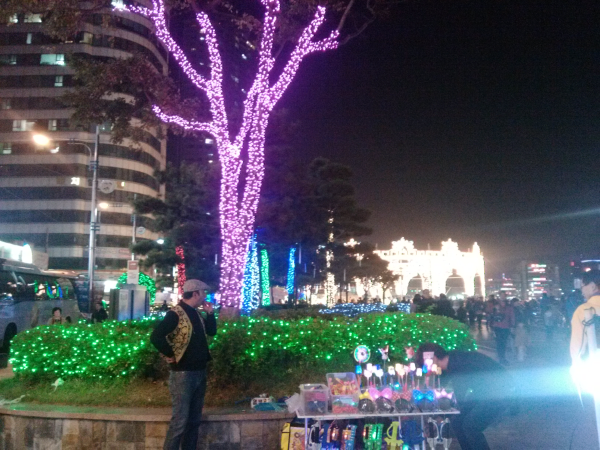 There were many things being sold on the boardwalk for the festival as well, and a lot of kids had a light-up toy that shot in to the sky. 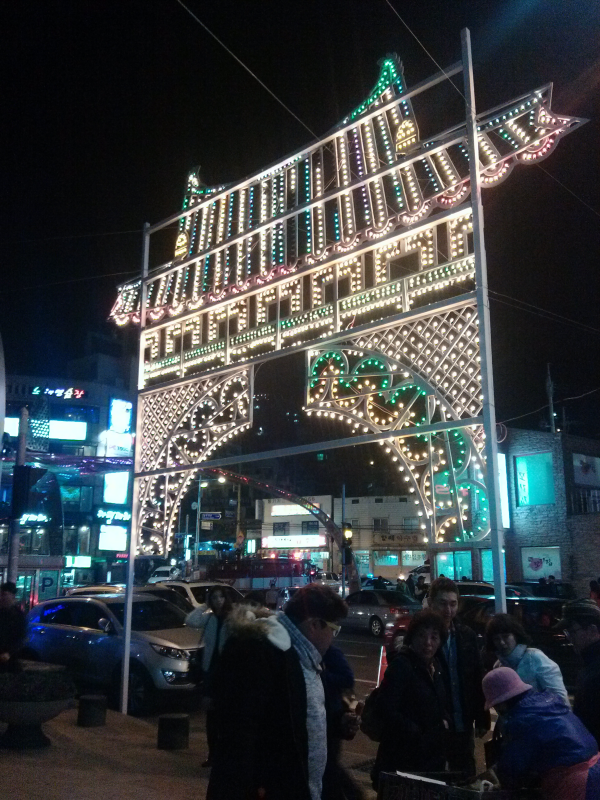 Let there be light!

Along with the light shows, there was a talent show being held in the main pavilion. There were four judges, and young adults took their turns on stage to try and woo both the judges, and the steadily growing crowd. I took some footage of who I thought was the best, a girl singer and a boy with a guitar! 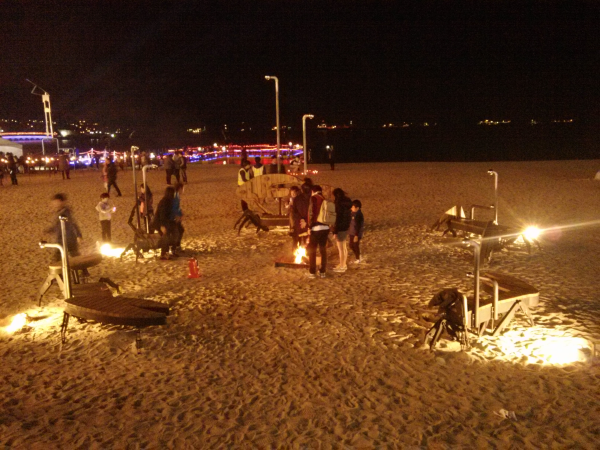 There were plenty of things to walk around and see, and there were also many places to chill out and take a rest. One of the best places was the fire pit above. It was a little chilly out, so the fire was a pleasant surprise. 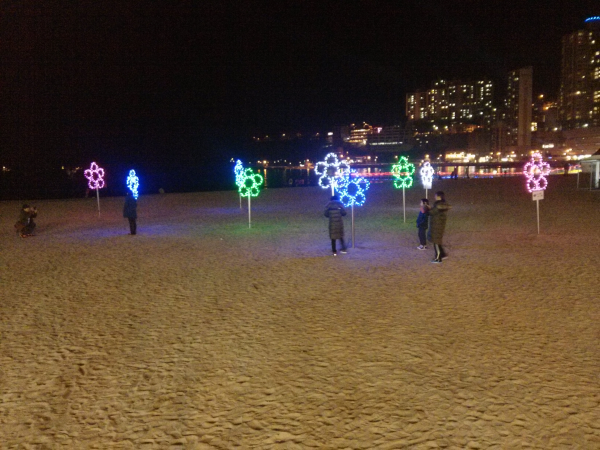 The lights all looked beautiful with the backdrop of the ocean and the beach, and I think the choice of Songdo was a great one for this festival. This year is also the 100th anniversary of Songdo Beach! 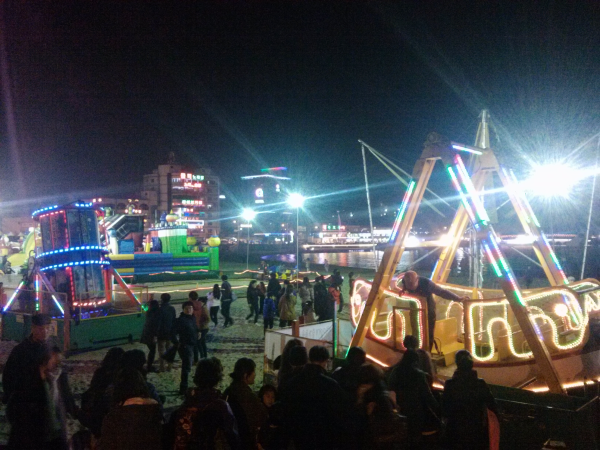 The beach was pretty wide, and walking the length of it took some time. We came across an amusement park, and we also saw some people foregoing the walk, there were donkey rides too! 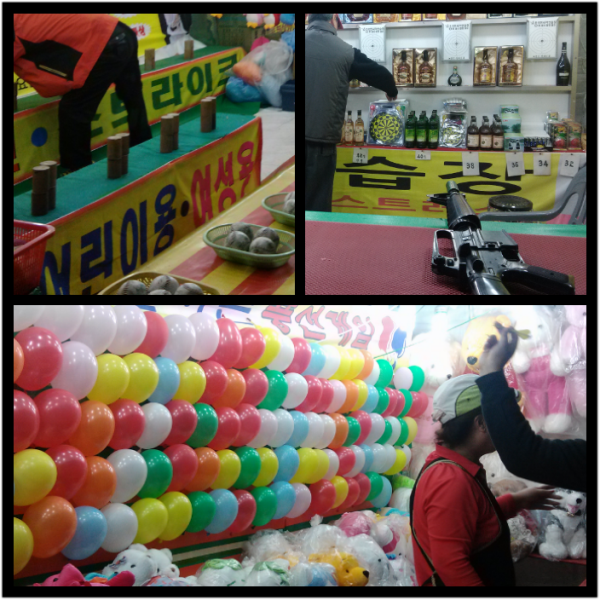 You could also find your typical carnival games, they had hit the balloon, hit the can, and try your hand at a plastic gun shooting range. The prizes looked pretty great, but my hand-eye coordination is not the greatest, so I took pictures while others took their best shot at it. 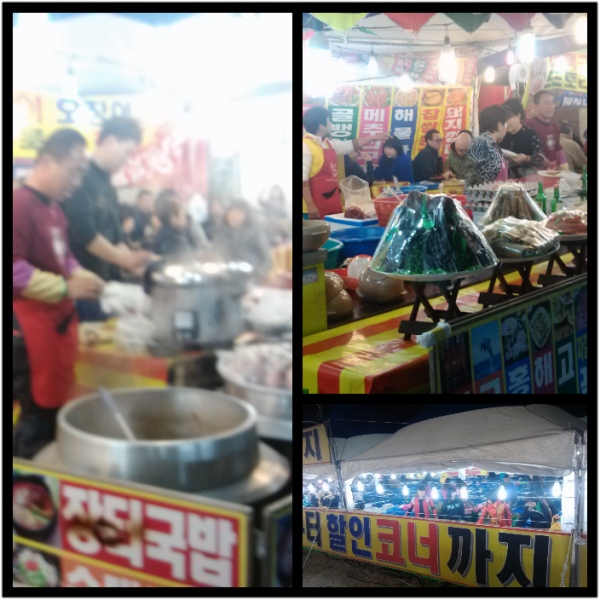 Food and a huge market with various goods

Along with the games there were a ton of food stalls, and also market stalls. They had some international booths selling various tourist goods, and a huge market area that sold all sorts of different things. 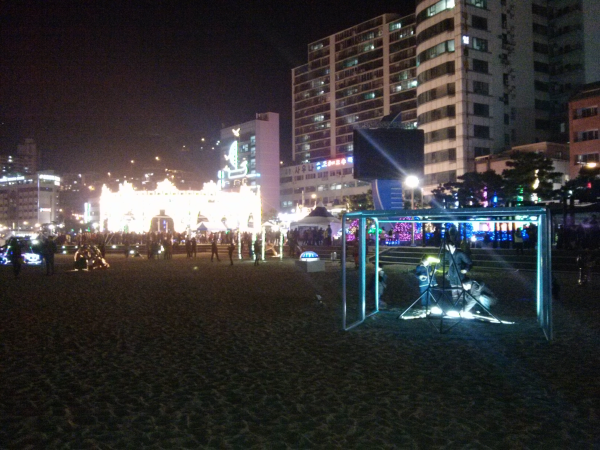