I come from a place with a respectable amount of snowfall and below-freezing temperatures. While I know people from more northern climates would still scoff at my own experience with winter, I think most of us can still agree that sometimes, it's just the worst. Winters in Korea, while brutally cold, are also quite icy and grey. As I face my third Korean winter, here's the first part of my tried and true tips for surviving the cold months. 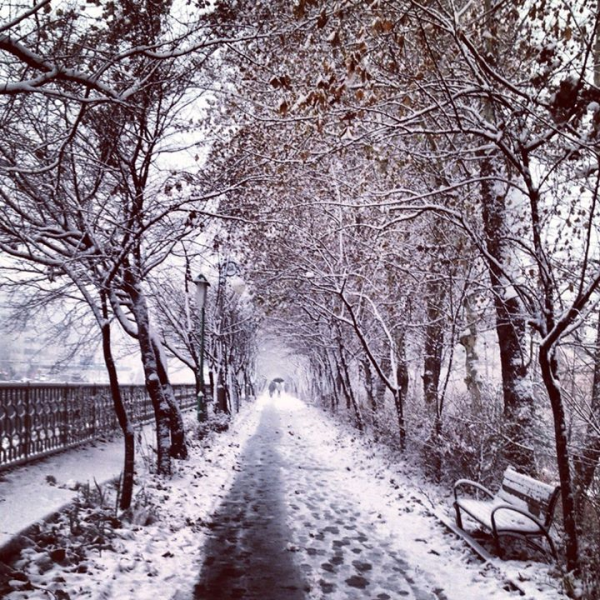 Get to know your apartment's ondol.

Ondol, which is the Korean word for the floor heating, is one of the greatest things. Ever. There's something amazing about getting out of bed on a cold morning and feeling warmth under your feet.

The controls are likely to be in Korean (and temperatures in Celcius), but some quick translating and converting should help you figure out the basics. The ondol control in my apartment is fairly standard, so you can expect something like that.

Buy yourself some fleece-lined clothes.

I've been hearing that this trend is catching on elsewhere in the world, to which I say, It's about time. Fleece-lined leggings, tights, sweaters -- everything -- have been popular in Korea for as long as I've lived here, and probably even longer. It's amazing how much a layer of fuzz makes a difference, especially when you want to keep the biting wind off of your legs.

Giant, chunky, face-eating scarves are all the rage both in Korea and the rest of the wintery world. Guys or gals wear huge scarves without shame, largely because while also stylish, they're absurdly practical. Not only can you thoroughly wrap your neck, but you probably have enough scarf leftover to make a hood or pull it over your mouth and nose.

Possibly the best part of these scarves, however, is that they're cheap. Really, really cheap.

Hand warmers were revolutionary for me. I'd never encountered them before Korea, so I was amazed when I was first handed these little warm pouches.

Hand warmers are typically pocket-sized and you can find them in any convenience store this time of year. Some even have adorable little characters on them.

Seasonal Affective Disorder (SAD) is very much a real thing, and Korean winters can be especially gray and gloomy. Last winter, the entire foreign staff at my branch got particularly mopey during the winter because we were so deficient in vitamin D.

Finding vitamins in Korea isn't difficult, but I've found them to be somewhat overpriced. Luckily, this is where iHerb comes in to save the day. iHerb is a(n amazing) online heath food store with great shipping options to Korea. This year, to preemptively head off my seasonal depression, I stocked up on vitamin D and have been trying to take it regularly. It's been sunny so far, but the cold, dark winter months are far from over.

That's all for Part One, but be on the lookout for the second installment, with five more bits of advice for making it through winter in Korea!