After Seoul, my family traveled by train down to Busan. The first couple things I knew I had to show them were the large, bustling fish market Jagalchi, and the equally bustling food and shopping district, Nampo. Before we sank into the Jagalchi harbor, we decided to do some pre-dinner shopping.

My sister and I in front of one of my favorite stores, Red Eye!

Nampo is lined with people and shops, and it was still sporting lights from Christmas! There was also some street shows going on. Overall there was plenty to see, and it was hard to focus on just shopping for a single item. All the stores sell such cute Korean accessories! 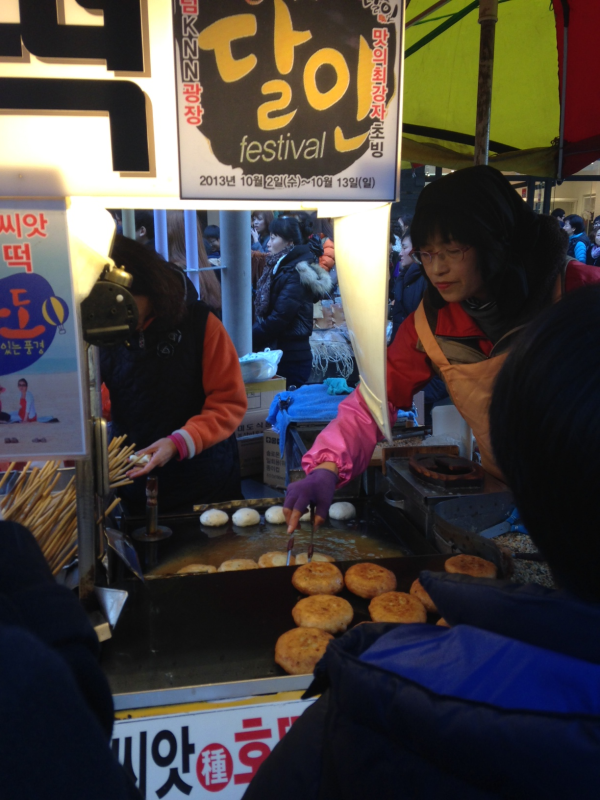 There were also plenty of street food stalls to explore! The carts with the largest lines were those selling hotteok, an especially delicious treat sold in winter. In Busan, they are most easily found in Nampo. The kind found in Nampo are the best in my opinion, they have something a little extra in them that is exclusive to Busan (I think it's a different kind of seed). 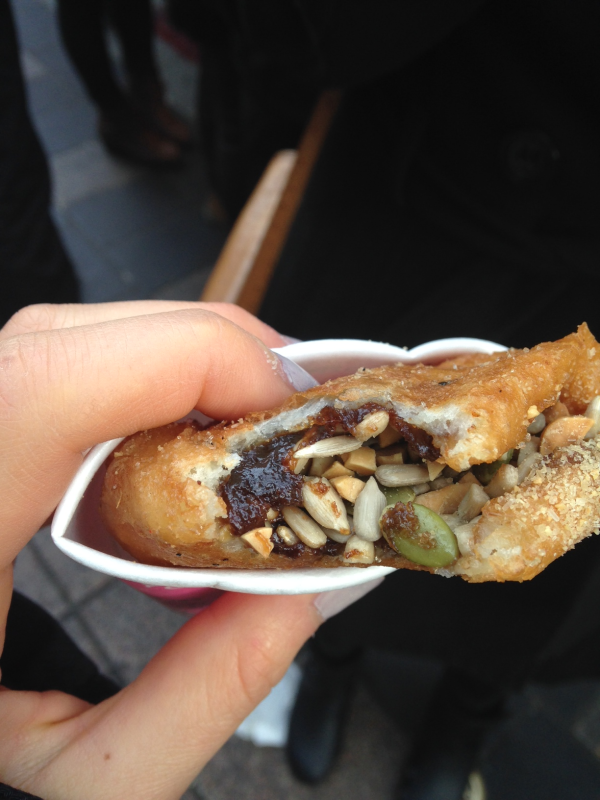 They are incredibly delicious! 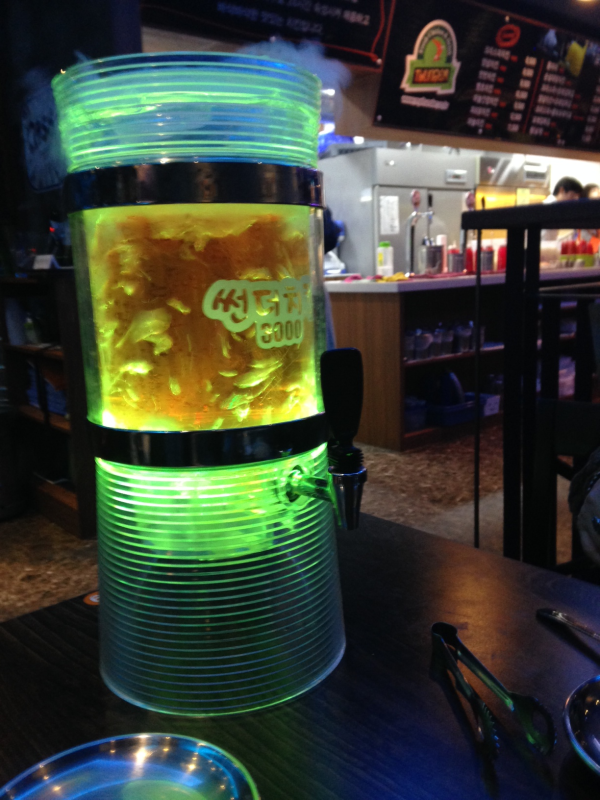 Another treat found in Nampo, the beer volcano!

Since we were getting distracted by plenty of street food, we decided to give up on saving room for a fish dinner adn stopped inside a chicken and beer place for a light dinner instead. We also thought it an ideal way to escepe from the chilly weather. Lucky for us, we ended up ordering, not a pitcher of beer, but a whole bubbling triple-lavalamp-sized barrel of beer. My Las Vegas-based parents were not surprised at the beer show, but it was something I haven't seen too often in South Korea! 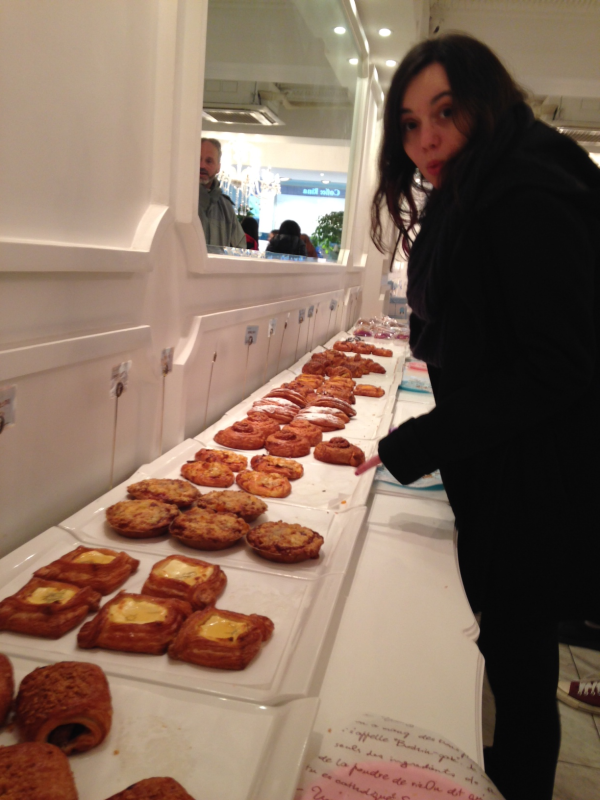 After the beer and chicken, we needed dessert! A lovely smell drew us into a very lavish bakery, but we inhaled the dessert by sight and smell rather than actually trying a piece as we still had to fish market to conquer.

We made it to market and began immediately taking pictures of all the various sea life we encountered, both dead and alive. Everyone was quite impressed! And, a little hungry... 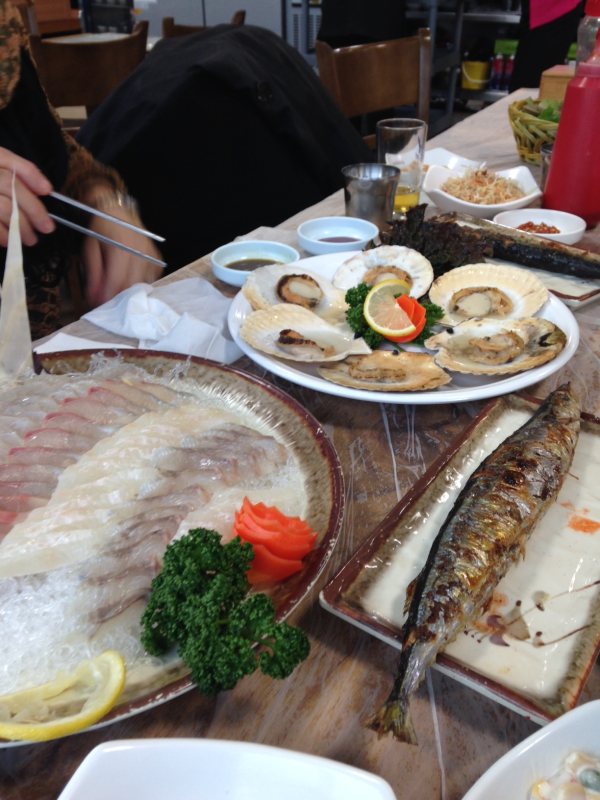 So, we quickly went upstairs to the restaurant section of Jagalchi and were greeted by many servers ready to fight the downstairs venders for the freshest fish at the cheapest price. We went with the first one, as we were eager. We sat down and indulged in hweh, which is raw fish. You dip the fish in a sauce of your choice, maybe wrap it in some seaweed, and enjoy! It was truly a fantastic feast. 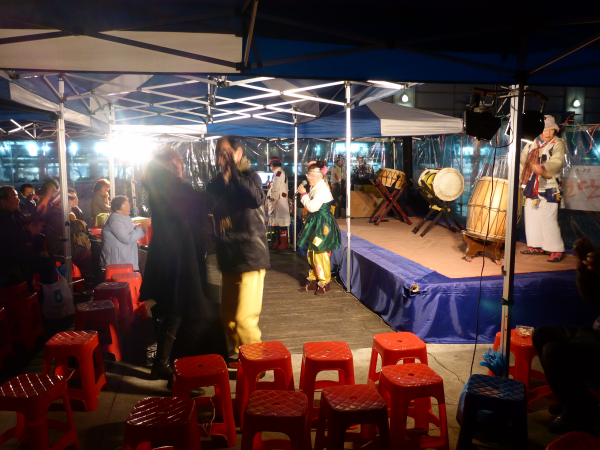 Outside Jagalchi, a show

After we leisurely enjoyed our meal, we wandered around outside for a bit and found a show playing on the harbor. There was a Korean clown who we donated some money to, and we got some free traditional Korean candy in return! It was a great first night in Busan.