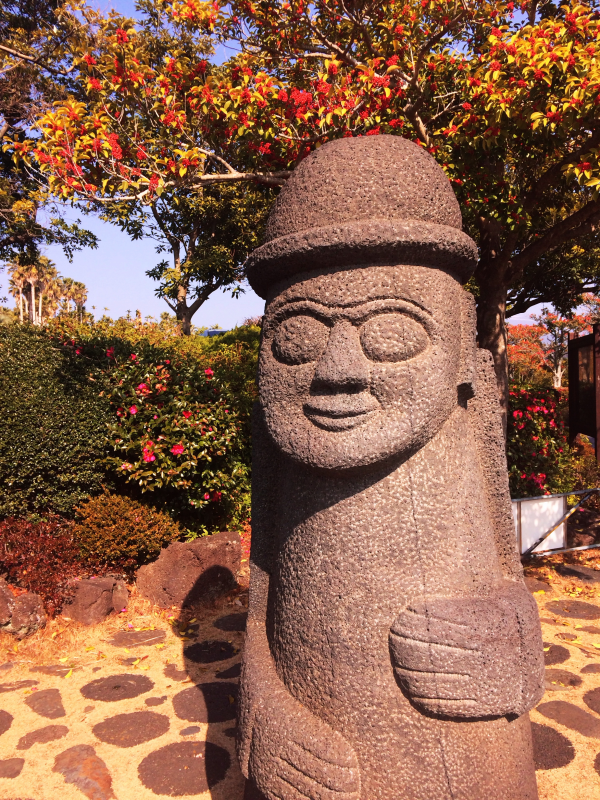 One of Jeju's famous dol hareubang, or stone grandfathers.

Our trip to Jeju was part of an organized tour, and honestly, I'm kinda happy we had the guidance. Normally I love plotting out an entire vacation, but this time I wanted to have a weekend of not worrying about what came next. I definitely appreciated having a chartered bus and no responsibility. We went with one of the popular expat tour groups: When in Korea. After doing this tour, I feel like I've gotten my bearings enough to plan a really awesome return trip around Jeju.

The tour itself was a whirlwind of activities, so here are my favorites:

Jeju's 13 Olle Walking Trails are a big attraction on the island. We only walked along this one, but it was beautifully scenic and I was impressed with the sights we saw. Plus, it was a spring-like, sunny day and it was just really nice to stroll along the seaside. 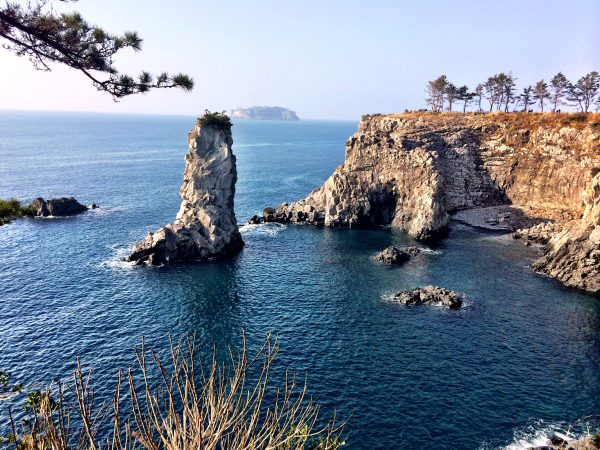 Possibly one of the coolest things to see along this trail are the Jusangjeolli Rock Column Formations. Jeju Island is a product of the volcanic eruptions of Hallasan, so all over the island, you'll see crazy lava formations. In this case, the lava formed hexagonal columns that don't at all look natural: 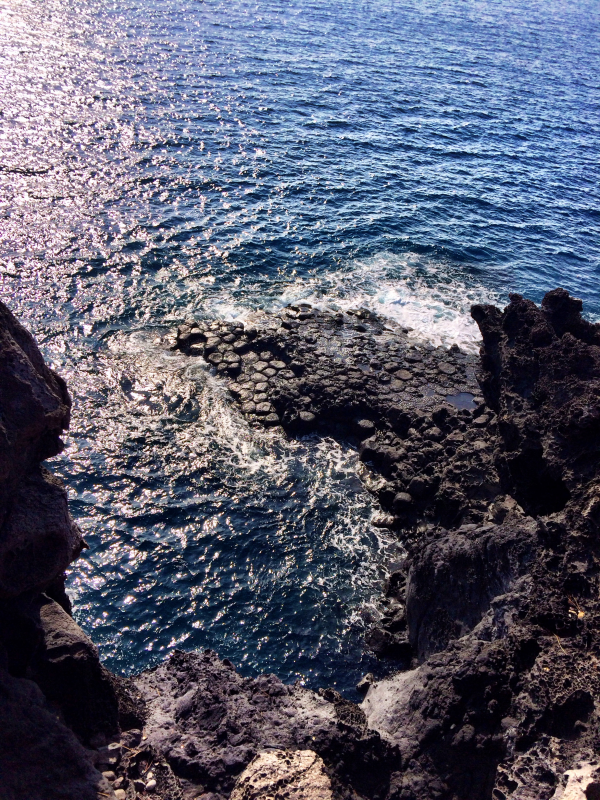 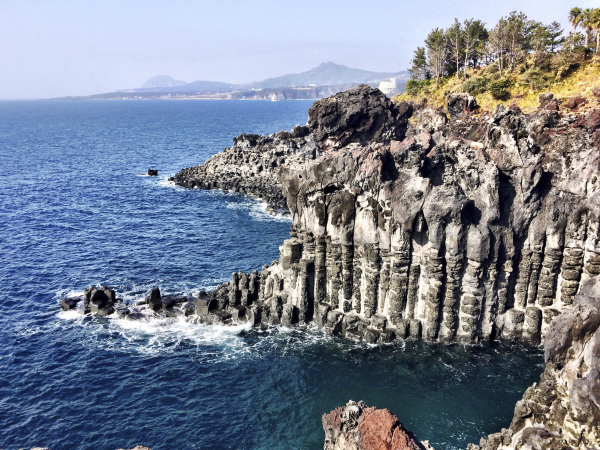 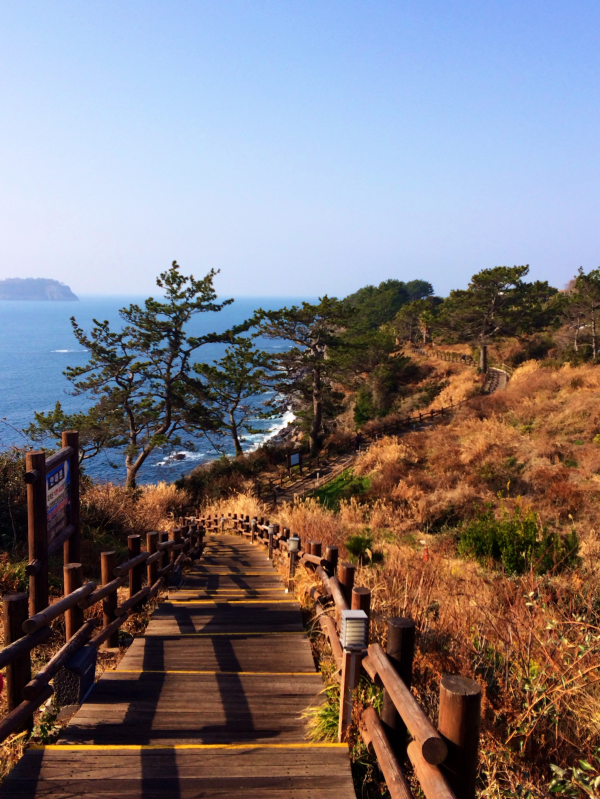 A shot of the trail - so pretty.

This was possibly my favorite part of the whole weekend. Not only was it a stunning location, but we had a lot of fun trekking around and taking photos. Yongmeori Coast, also known as Dragon Head Coast, is right next to Mt. Sanbangsan. 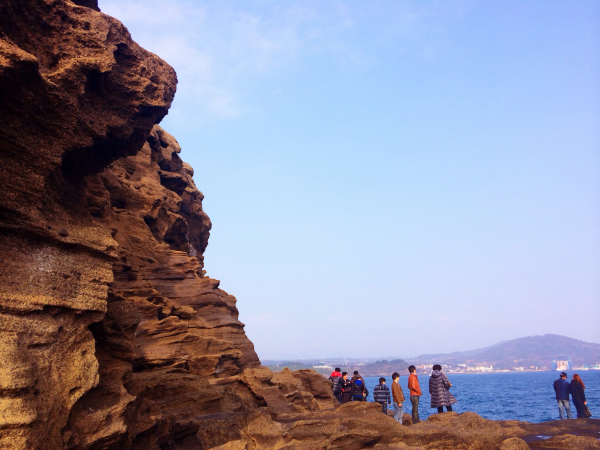 Layer after layer of limestone deposits. 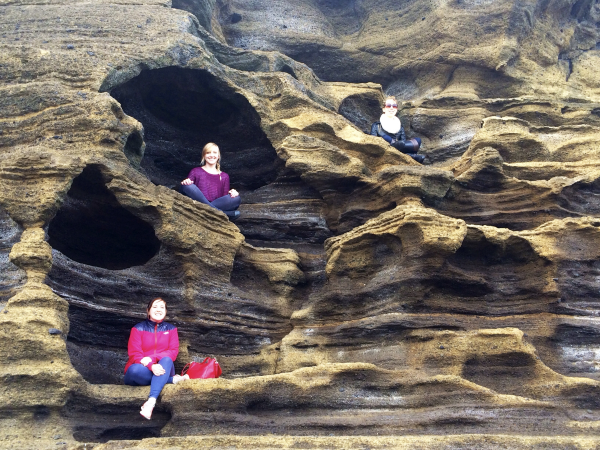 The rock is full of tiny little caves and spots for sitting. 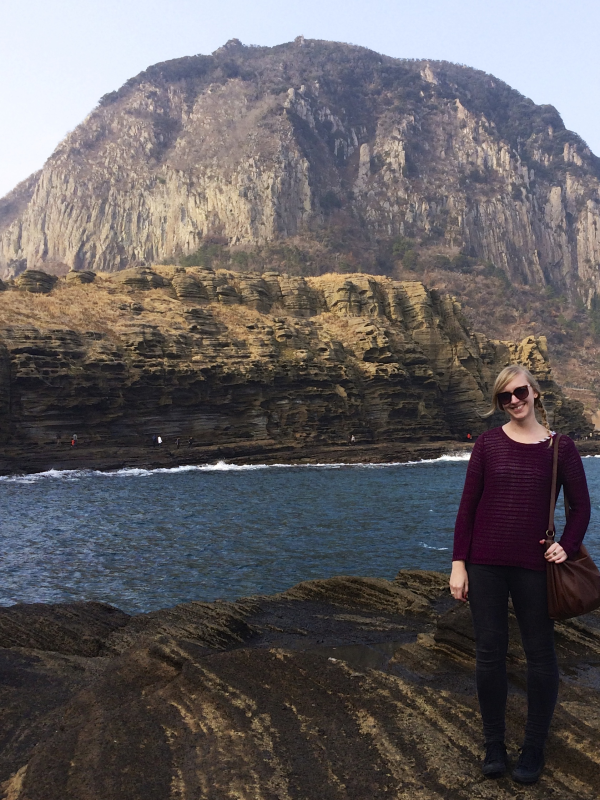 With Sanbangsan in the background.

Jeju is quite famous for a few things, and from my experience in Korea, it seems as though their oranges hold the number one spot. I was really excited to see that our tour included a stop for all-you-can-pick-and-eat at an orange orchard! We only had ten minutes to stuff ourselves (and possibly our bags...) with these sweet little oranges, but it was definitely worth it. Pruning shears were passed out, a timer was set, and we went crazy. 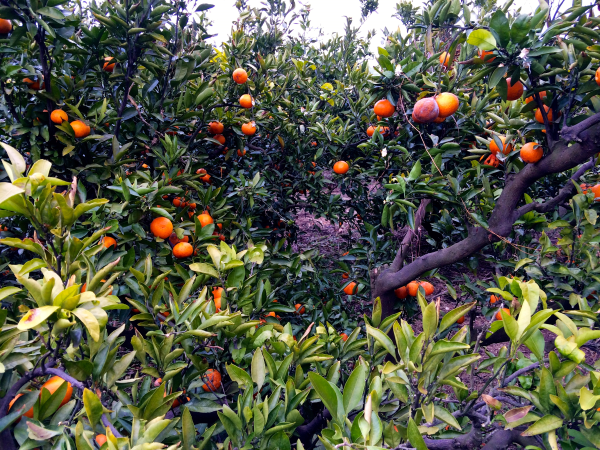 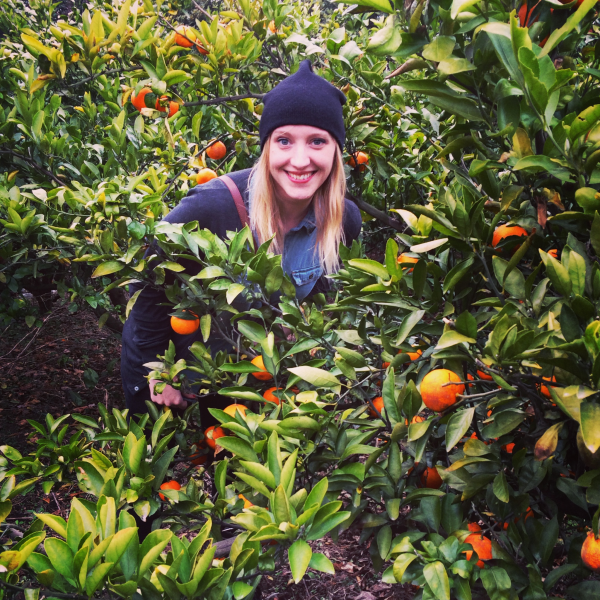 Give me all the oranges you have.

If you've ever wanted to reenact Harry Potter or Labyrinth, I've found the place to go. This giant hedge maze was a rather whimsical part of our tour, but I really enjoyed it. Unfortunately, this part of the tour was during the day when the weather decided to be rainy, making the maze less enjoyable than it would have been otherwise. We did, however, still laugh hysterically as we got completely lost. Also, because our umbrellas were too wide for the maze and we kept getting stuck: 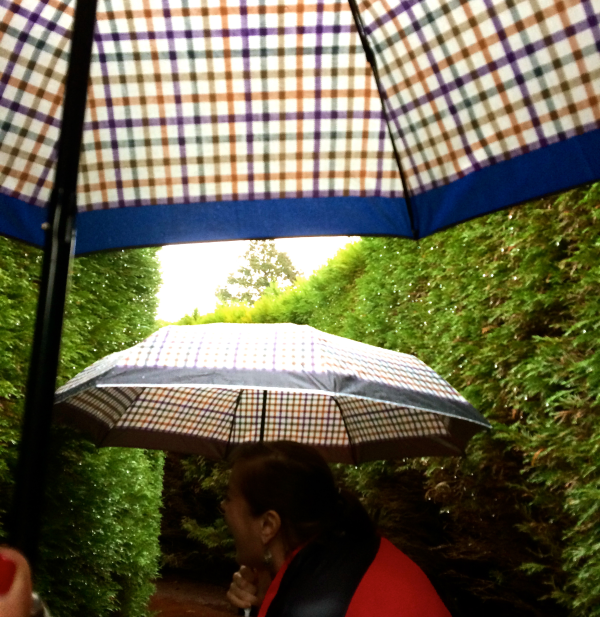 We just want to get out! 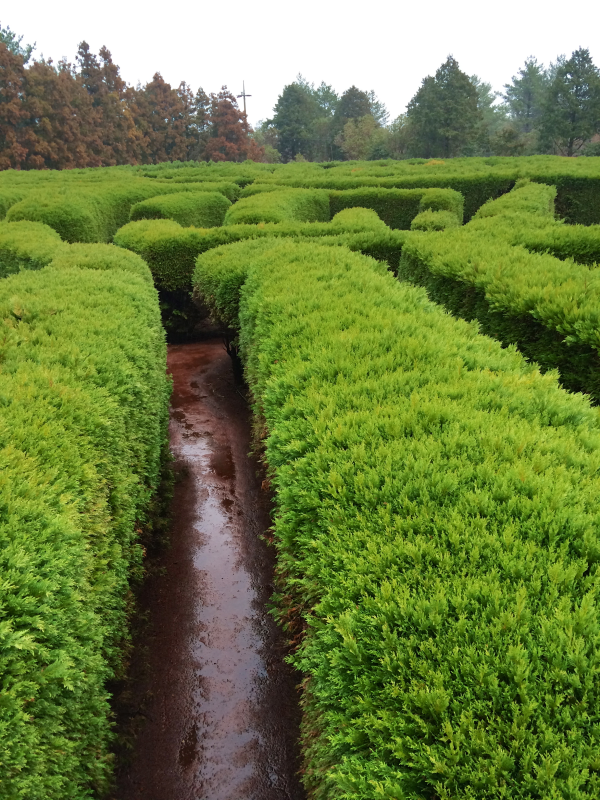 We never found the center of the maze... Instead, we managed to make our way back to the entrance? Accidentally, of course.

As I discovered last fall when I explored Hwanseongul on Korea's east coast, I love caves. They fascinate me. Getting to walk inside the massive Manjanggul Lava Tube was no exception. Designated as a natural monument and UNESCO World Heritage site, it was created by the lava flow from several volcanic eruptions. It's actually part of an entire system of lava tubes that are at least 100,000 years old. 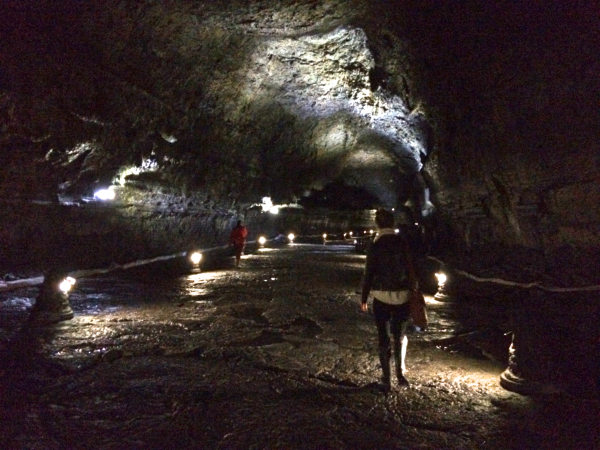 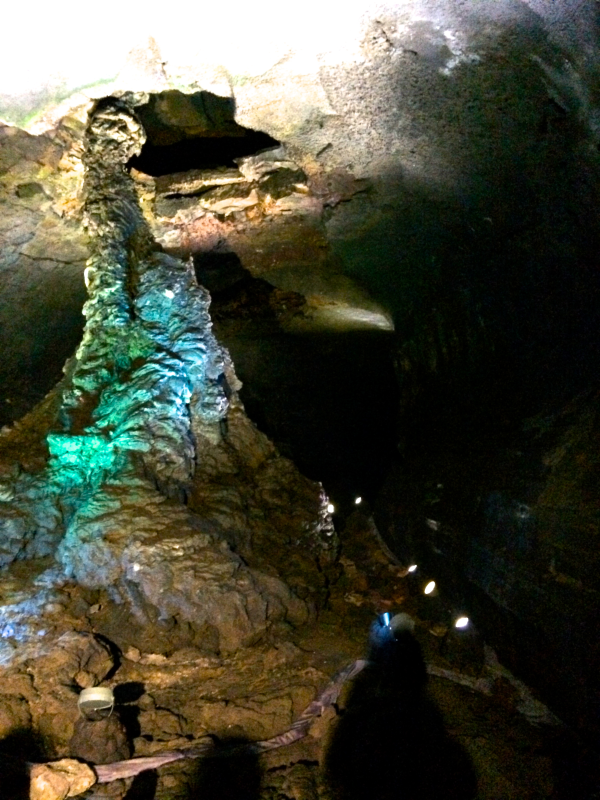 Make sure you stop and check out the different lava formations as you walk. 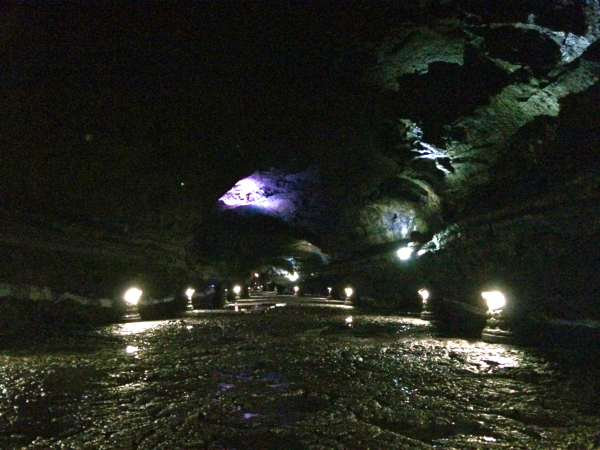 Going early in the morning is recommended -- it was so empty!

Next time I visit Jeju, I'll definitely be ready to tackle more of the island. Warmer weather will call for more time spent on Jeju's beaches, checking out the waterfalls, and maybe even escaping the heat in museums. There's just so much to do!

Any recommendations on what can't be missed on Jeju? Leave a comment below!