I feel like this beach is calling to me.

Udo, which literally means Cow Island, is named for its resemblance to a cow that's lying down. Like Jeju, it's made from lava and overall seems to be a pretty quiet island with a fairly small population that largely relies on tourism. 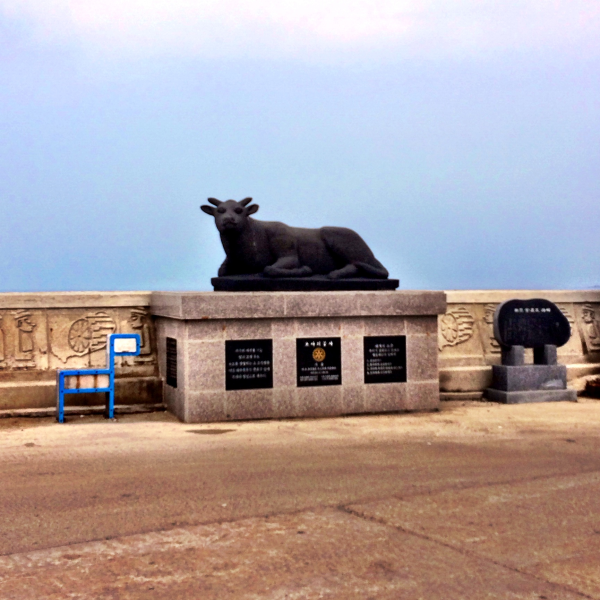 To get to Udo, you take a short fifteen minute ferry from the eastern port, Seongsan, on Jeju. The cost of the ferry is 2,000 won per person each way (or 15,000 for a car each way). As we rode over on the ferry, we immediately noticed that passengers were feeding the seagulls! We had a swarm following our boat all the way to Udo from Jeju. 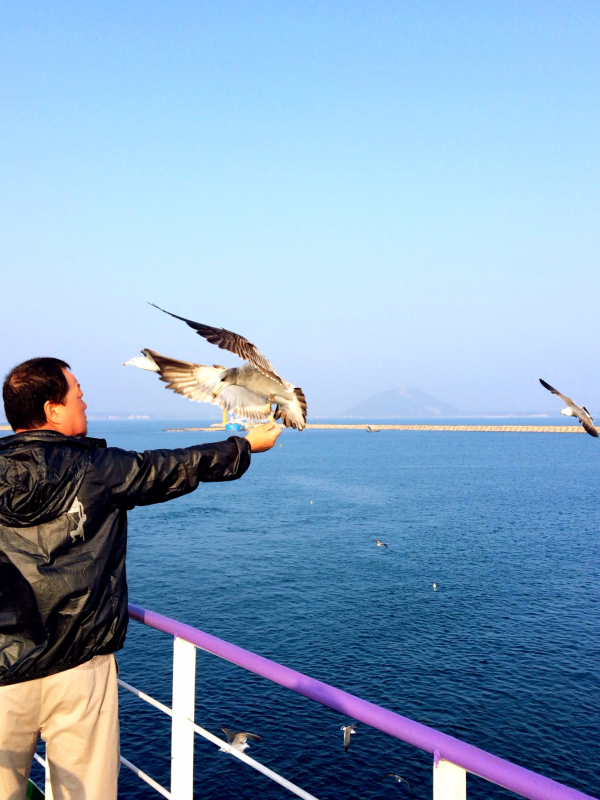 Action shot! This was actually somewhat alarming. We retreated to a deck with less seagulls immediately after this picture. 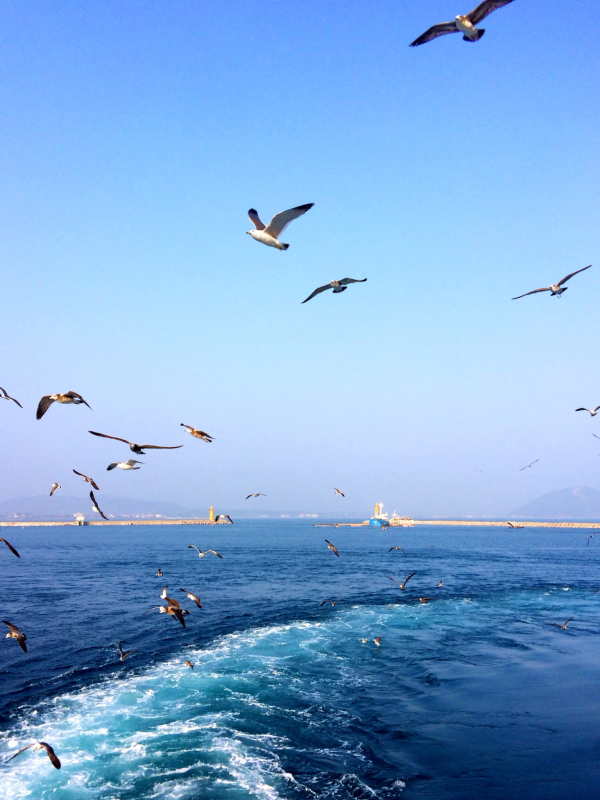 Once you get off the ferry on Udo, you have several transportation options right in front of you. Our tour had initially planned to rent scooters and ATVs, but apparently there's a new law requiring a Korean or International Driver's License. (Something about a mishap with a European tourist that resulted in a vehicle being driven off a cliff...?) So, we were all out of luck. Bicycles are also available to rent, and many of us were tempted, but as we only had a few hours on the island, our group opted instead to hop onto a bus and have it take us around.

Our first stop was Udobong. I'm already looking forward to walking around this again in warmer weather. The panoramic view of the seaside and the island was gorgeous: 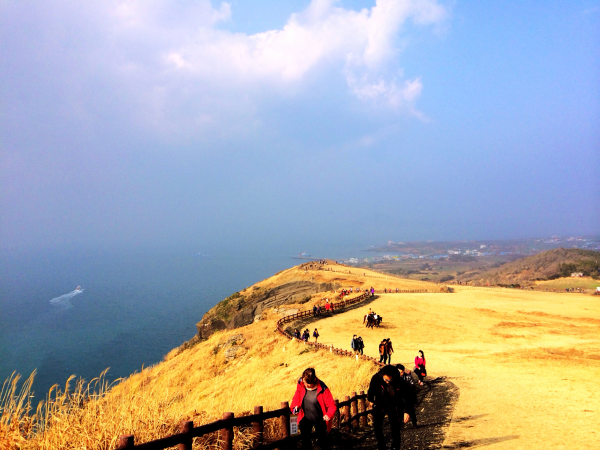 Pretty! I definitely recommend going early -- it was getting busy as the afternoon passed. As you might notice, there are some people on horses. If you're interested in some horseback riding, this is a good spot! 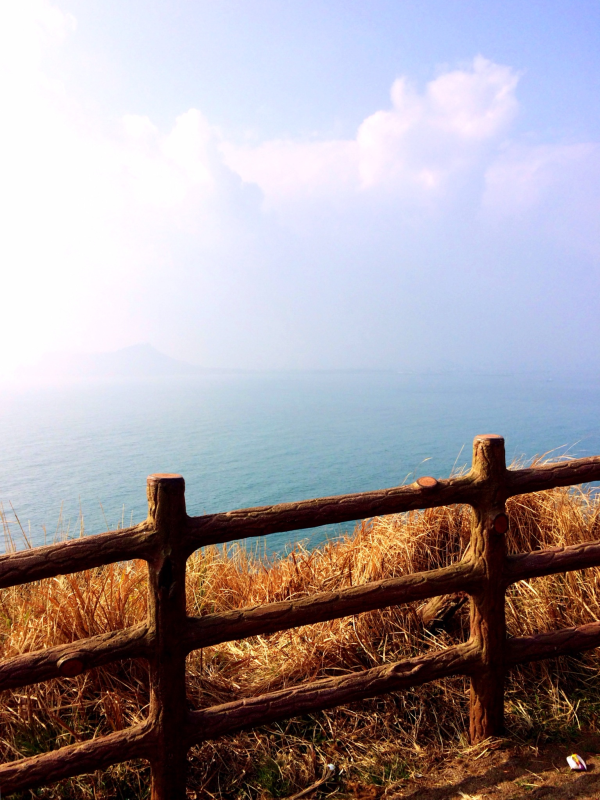 Taking a break from the (small) "hike" for pictures of the water and sky. 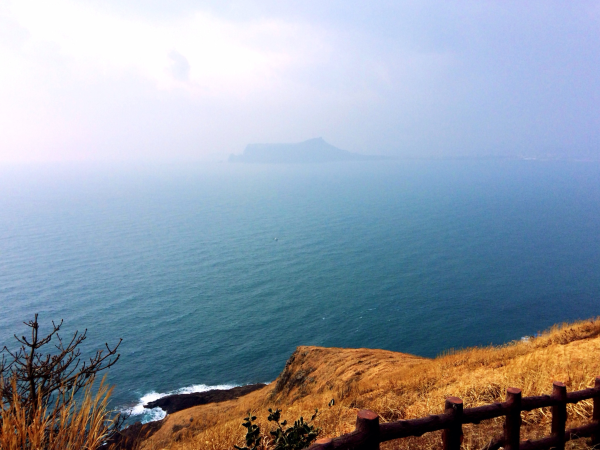 Jeju's Seongsan Ilchulbong in the distance. 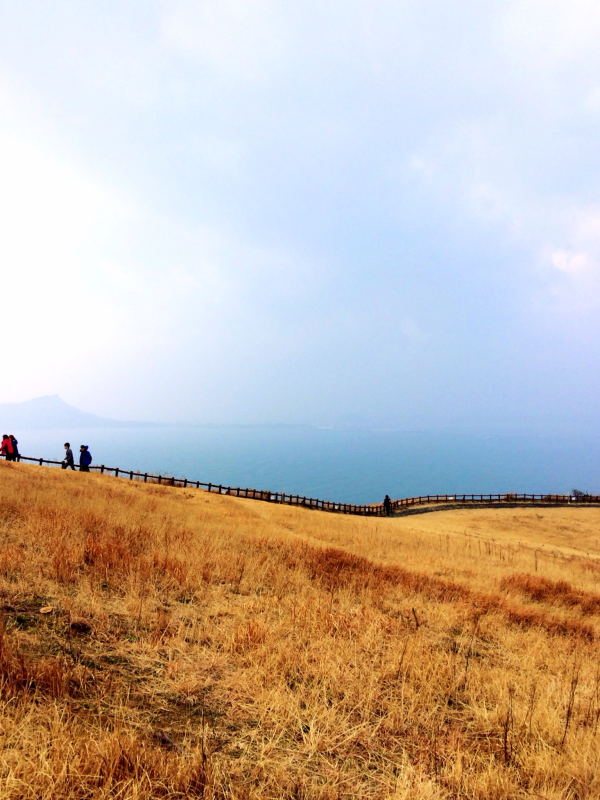 Going back down again.

After going on our mini-hike, we hopped back on the bus and were taken to an area that was full of restaurants and shops, many of which were selling various peanut products. Why peanuts? Peanuts happen to be one of Udo's main crops. I declined trying the peanut ice cream as it was a little too windy and chilly outside, but I did try peanut makgeolli and it's goooood. (In fact, I bought two bottles and brought them home.) It tastes like really good peanut butter, but in liquid form. I definitely recommend tracking it down on Udo.

Right behind the area selling all the ice cream was this: 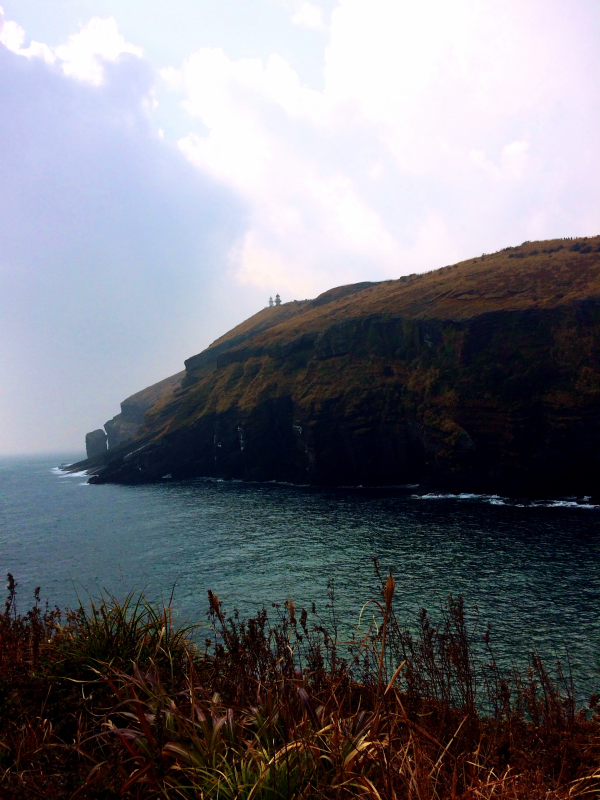 I'm looking forward to checking out Geommeolle in warmer weather -- apparently there are some caves along the rocks that you can climb/swim into!

After snapping photos and trying the peanut-based treats, it was time for lunch. Luckily, the abundance of surrounding ocean meant fresh seafood! I don't remember what exactly was in the soup, but it was kalguksu noodles, which have become my absolute favorite. Highly recommended! Bonus for eating seafood on Jeju or Udo: what you're eating was likely caught by the haenyo -- the women divers who can hold their breath for several minutes (and therefore don't use oxygen tanks!), dive up to 200 meters, and catch seafood for a living! 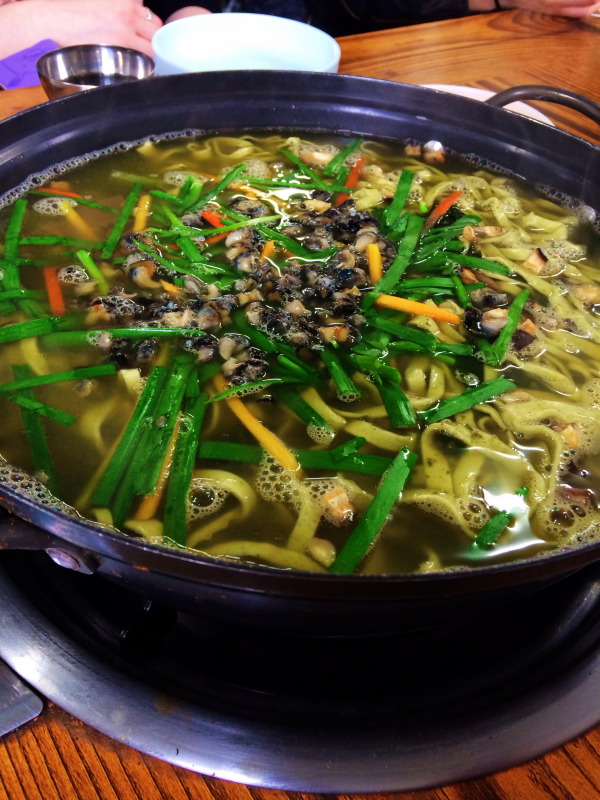 Still thinking about this soup.

Outside of our restaurant was an absolutely beautiful beach. Seeing its crystal clear waters made me so happy until I remembered it was February. This beach is top of the list for any and all future trips to Udo. 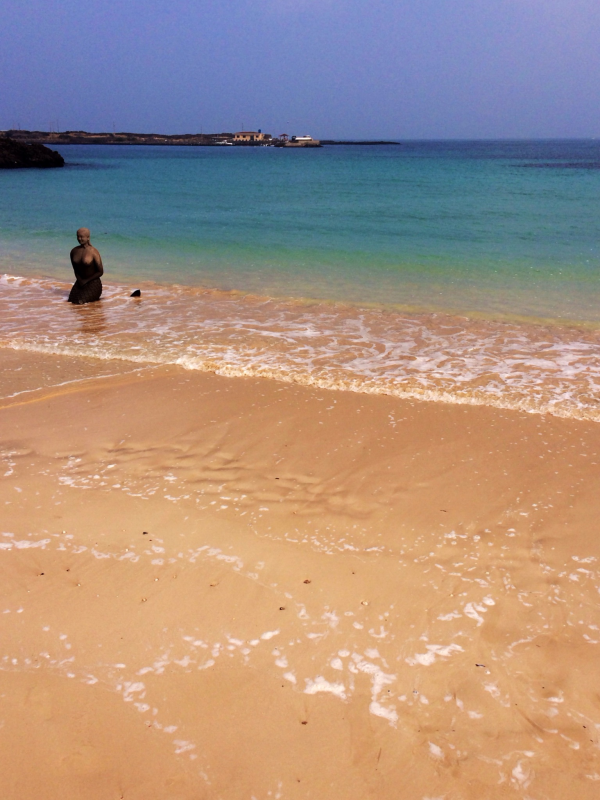 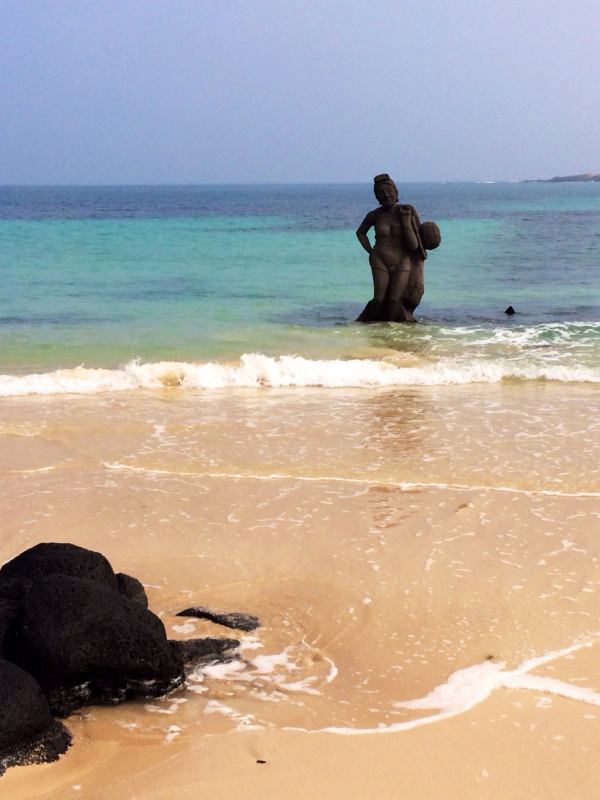 Have you been to Udo? Any recommendations of things to do there? Leave a comment below!