When I first came to South Korea to Teach English, I had many questions and things to do. Like getting a cell phone or opening up a bank account. Luckily for me, my school helped me with both. Within a week of being in Korea I had a cell phone and a bank account. This blog will explain the process of opening up a bank account for English Teachers in South Korea. It will cover everything from opening up the account, to transfering money home and to day-to-day banking here in Korea (which is pretty awsome and cheap!). 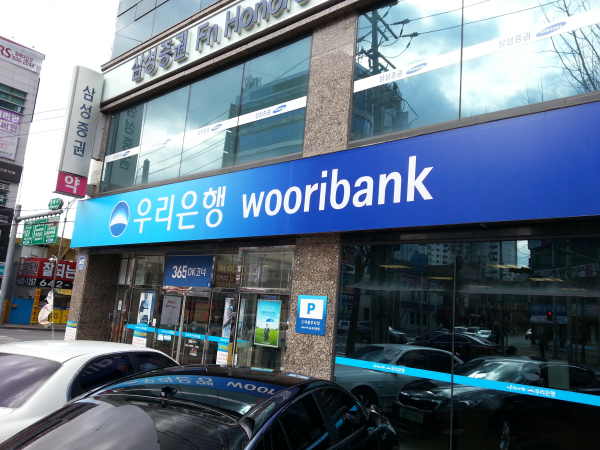 (Woori Bank, one of Koreas Largest Banks & most user friendly).

When you get to Korea, you will no doubt notice that there is no shortage of banks, from the regional-type banks, like Daegu bank to the National Banks; KB, Woori or CitiGroup to name a few. The bank I use is a national bank (pictured above) called Woori bank. Woori bank is one of the biggest banking groups here in Korea and their customer service and english-friendly staff are very accomodating to English teachers. Not only that, but you can use their phone app to do many things, like pay bills, send money home, check your balance, transfer money within Korea etc. In addition, if your smart phone has NFC (99.9% of them do) then you can even use your phone to withdraw money from ATM's and pay for things in stores. 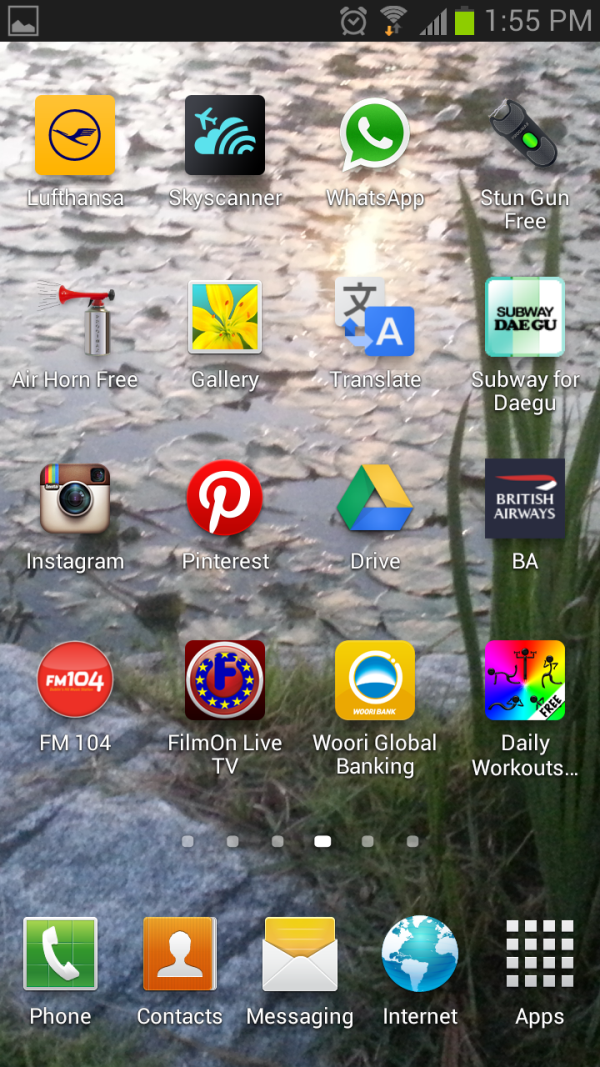 (Very user friendly, & you can use your phone as a check card using NFC)

The first time I went to open a bank account, my Branch manager took me to Daegu Bank, which is a good bank, however, they do not have any apps or online servies in English - which is what I wanted. within 25 minutes I had my bank account open. Thinkgs you will need:

The process involved me signing many forms and documents. But it was all very easy. To send money home you need to set up a remittance, this process on its own can take 25minutes. I originally set mine up with Daegu bank but then I changed to Woori bank.

As I wanted an English online Banking Service, I decided to join Woori bank. It was also a major advantage knowing that as a national bank their exchange rates (for Euro at least) were more competitive than other banks. This time I did not have my branch manager. I walked in on my own and talked to one of their good English speaking members on staff and opened up another bank account.  Again like for Daegu bank I needed my ARC card, my passport, and my address. I filled out and signed some forms and within 30 minutes I had a new bank account, I was registered for online and mobile banking.. And what’s more their online and phone banking was in English! My bank card and bank book were also free.

The Checking card they gave me has the BC logo on it, which is like a big reward system here in Korea, which gets you many discounts, from Restaurants to festivals and even theme parks (most recently getting me a 50% discount into Eworld here in Daegu).  You even earn points every time you use your checking card to pay for things and as a result you can convert those points into cash. It’s pretty sweet.

Bank charges in Korea are pretty low compaied to Ireland and America. In fact I pay no maintance charges or fees on my checking account and to withdraw money from a Woori bank ATM it's free. But even to take money from another bank's ATM it costs around $0.40c which is nothing. You can also pay your bills via ATM machines and this service is almost always free of charge.

I have mentioned a bank book several times above, this is basically a small book, which is slightly bigger than a smart phone. With this book you can do many things. You can withdraw money from ATM's, you can put it into ATM's & they will print your statments into your book, all for free too!

Finally, if you use your checking card to pay for things regularly here in Korea the TAX man can check how much money you are spending in Korea, and as a result you may find your self getting a nice tax refund in the New Year, which has just happend to me to the tune of around $200.00

But be AWARE! Korean banks sometimes go ofline between the hours of 12am - 6am So always make sure you carry some cash! As your checking card will not work. I have found myself in this situation, as have some of my friends(It happens to almost all Korean banks not just Woori or Daegu bank).