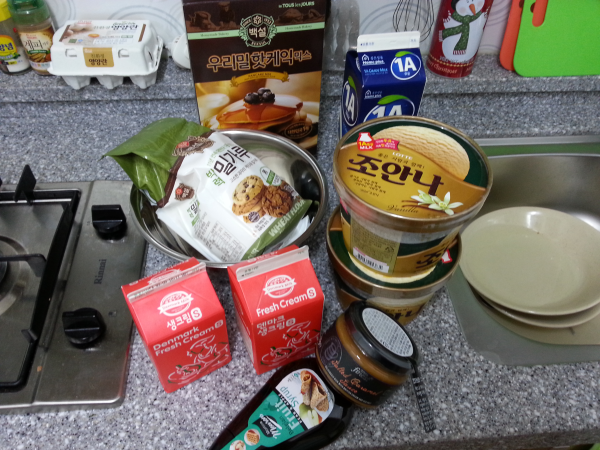 What started out as me and a couple of co-workers planning on just eating a couple of pancakes, soon turned into an ultimate feast with 10 people crammed into my small apartment. It was great! everyone brought over toppings for the pancakes, making their own special touches. I have to admit, each and every one was delicious.

(The batter is made from flour, eggs, milk & a little caster sugar).

Just a small overview of how my pancakes were made with just the typical pancake batter, but it should be thin and runny. Once the batter is made, you can fry them in the pan until they're are golden brown in colour, like below.

When the pancakes are cooked, you can pile on as many toppings as you like. My sister sent me over some good Dark Irish chocolate for Christmas, so I made a chocolate sauce, which was just too good to resist!

(Once the dark chocolate is melted, pour it over freshly whipped cream and mix)

After cooking up all the batter, we started eating all of the pancakes (or crepes as many people call them in Europe). They were so good. It was also nice to spend time with my co-workers and friends, as some of them will be leaving South Korea soon to return home since they have been teaching English in South Korea for a few years now.

(Once the toppings are on, you can roll the pancake up to eat it like a burrito)

In addition to the traditional style I favor, of course, I had to make some American-style pancakes too. I really enjoy them because they are thicker and fluffier than the Irish style.

(You don't roll these up, but they are so good served warm with ice-cream)

We were all so full after these treats. It was the perfect post-work dinner! I really don't know why we only do this once a year in Ireland, because it should be a weekly routine! 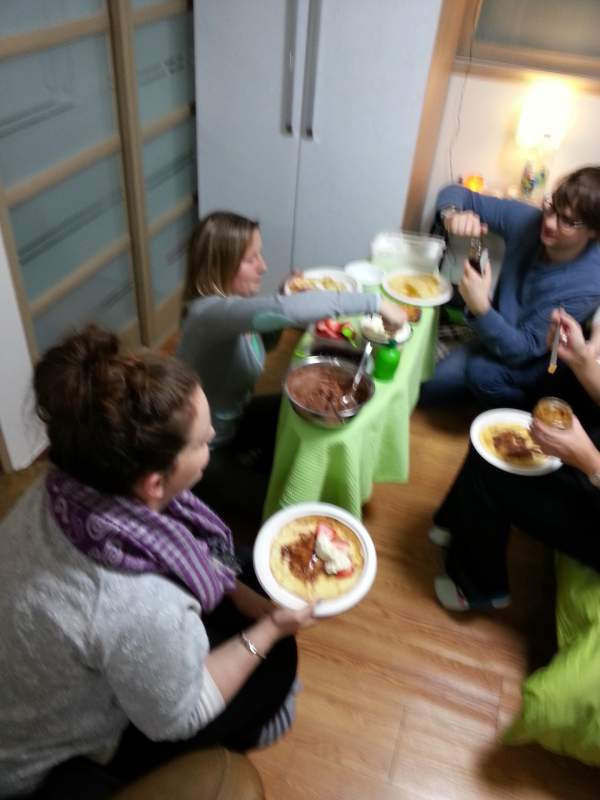 I don't think I can wait until next year for Pancake Tuesday, we're making pancakes again next week. Just one of the many, many perks to teaching English in South Korea.