The Joseon Dynasty, which began in 1392 and lasted nearly five centuries, is responsible for the construction of the Five Grand Palaces of Seoul: Changdeokgung, Deoksugung, Changgyeonggung, Gyeonghuigung, and of course, Gyeongbokgung. It's on my Korea Bucket List to visit each of these palaces, but I've only seen two of the five so far because something keeps pulling me back to Gyeongbokgung whenever I get the chance. 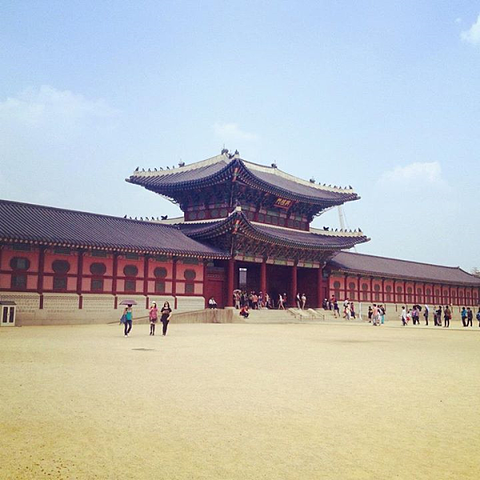 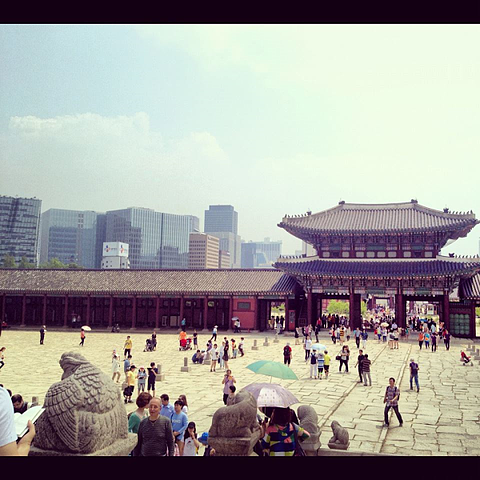 Gyeongbokgung was first built in 1395 and served as the main palace for the Joseon Dynasty. Its time as the king's primary residence was disrupted, however, by its destruction in the 1590s due to Japanese invasion and war. Beginning in 1868, the palace was restored and expanded, only to take serious hits in the first half of the 20th Century under Japan's occupation.

Since 1990, the Korean Government has been working on restoring the palace to its former grandeur, with it being approximately half completed at this point. 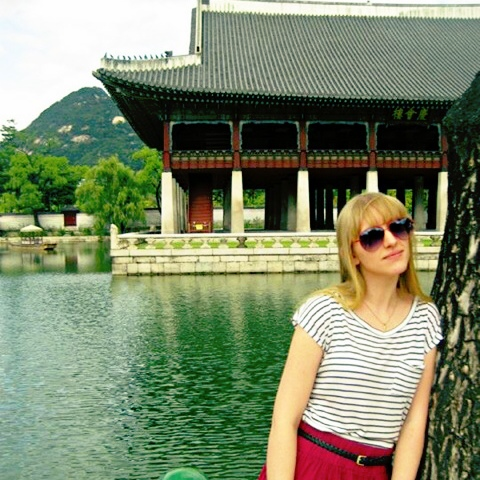 One of my favorite spots on the grounds. 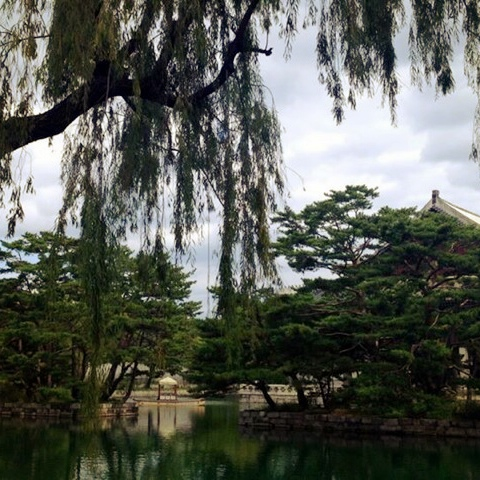 I love the landscaping!

So why do I love this palace so much? Well, basically, because it's just gorgeous. The palace grounds are absolutely massive, so with each trip, I find an area I hadn't fully explored the time before. The whole place is just outrageously photogenic and I recommend just spending the better portion of a day in Seoul wandering around aimlessly. There's so much to see and take in, so give yourself lots of time to relax. 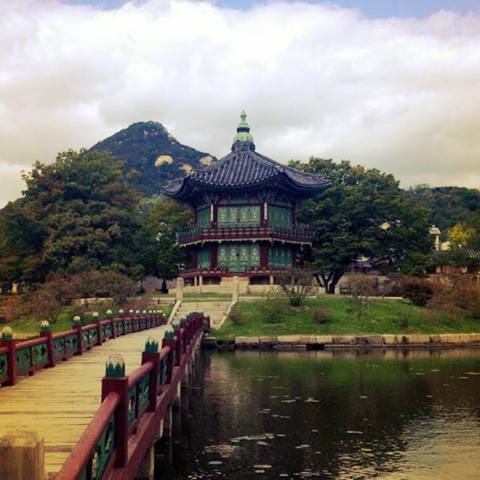 My other favorite spot. 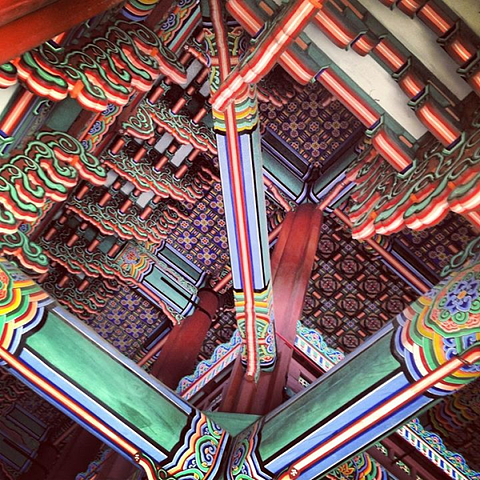 Don't forget to look up! The ceilings are incredible. 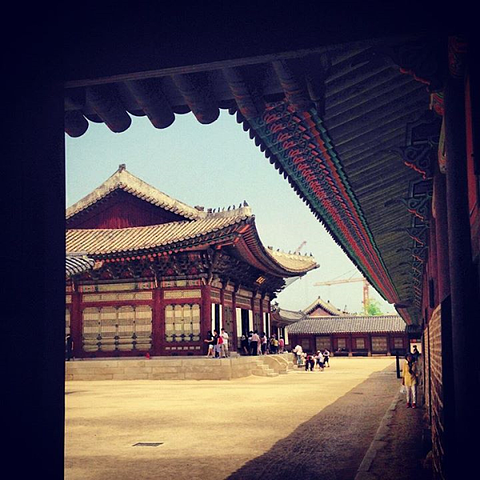 Can you even imagine living here?!

Something else that I love about the palace are the cultural programs and events that it hosts. A couple years ago, some friends and I went to Gyeongbokgung during the Chuseok holiday because we had read about the variety of performances and activities that had been designed for the holiday weekend. We saw traditional dancing, did some arts and crafts, and ate good food. If you're ever in need of somewhere to go for a holiday weekend in Korea, look into what the palaces are hosting!

Have you visited Gyeongbokgung or any of the other Grand Palaces of Seoul? Do you have any insider tips about the best places to go? Leave a comment below!