Buddha's Birthday in Korea: Part One

Every spring, in honor of Buddha's birthday, Korea throws my favorite of all its festivals: Yeon Deung Hoe (연등회), or the Lotus Lantern Festival. It runs for almost an entire month, with the best festivities happening on one weekend. This past Saturday and Sunday, the 26th and 27th, was that particular weekend, so some fellow English teachers and I headed into Seoul to enjoy the gorgeous sights. 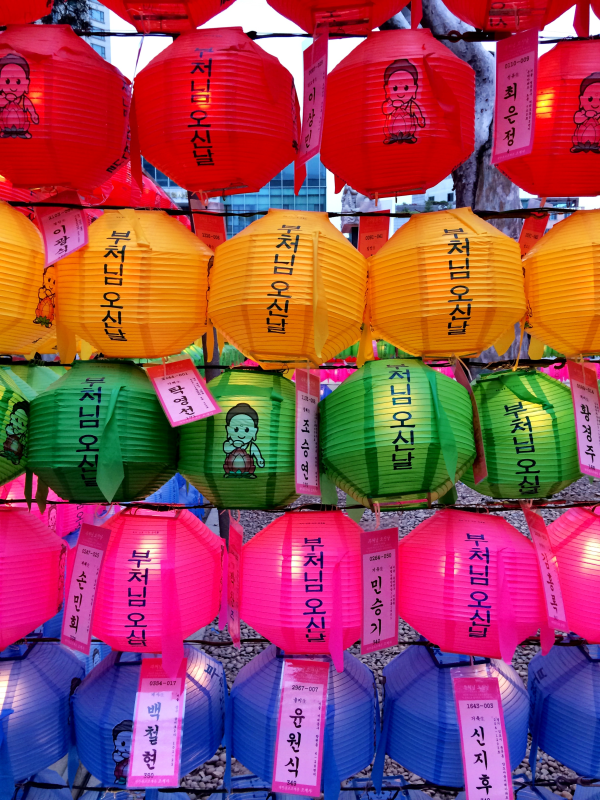 According to the Korea Tourism Organization's event page, this festival has a long history, dating back to the Goryeo Dynasty, which began in 918. To paraphrase, the ritual of lantern lighting has been preserved throughout the years to honor Buddha as the act of lighting a lantern is seen to represent how wisdom lights the world. 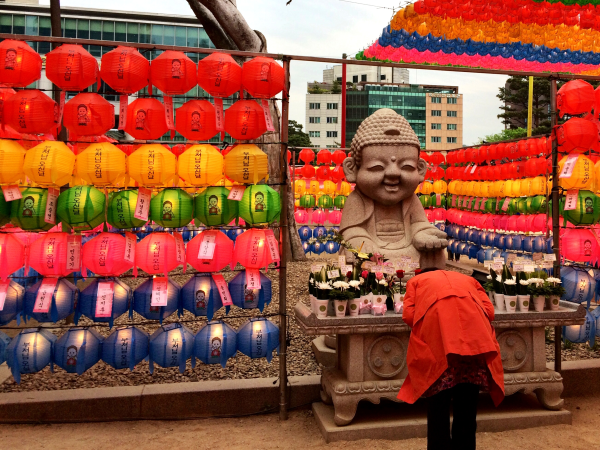 This year, Buddha's birthday falls on May 6th. Lanterns were put on display starting April 25th in three different areas of Seoul. (Note: temples across Korea are also decorating for the occasion, so be sure to keep an eye out for a temple in your area to have beautiful lanterns hanging up!) 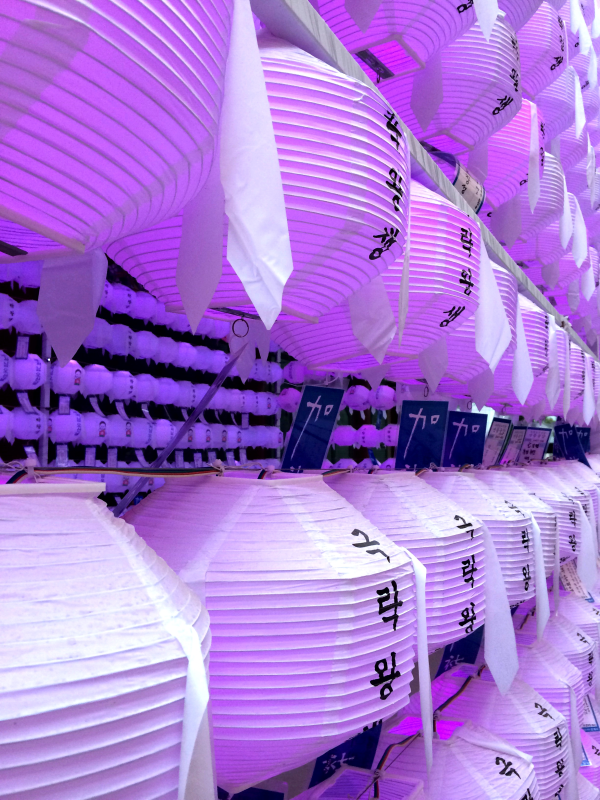 One of the focal points of the festival is at a temple located smack in the middle of Seoul: Jogyesa. The other two areas, Bongeunsa and the Cheonggyecheon, also have lantern displays, so they're on my to-do list for next weekend. We only visited Jogyesa this past weekend, but that was entirely due to the location of Saturday evening's parade, which ran right by the temple. (More on the parade later.)

Jogyesa is the chief temple of the Jogye order of Korean Buddhism. A little over a hundred years old, this small but stunning temple was the first Buddhist temple to be built within the four gates of the "old" Seoul.

When Buddha's birthday rolls around each year, this temple is a must see because it is transformed into something absolutely awe-inspiring. Countless lanterns are hung, creating a multicolored ceiling. 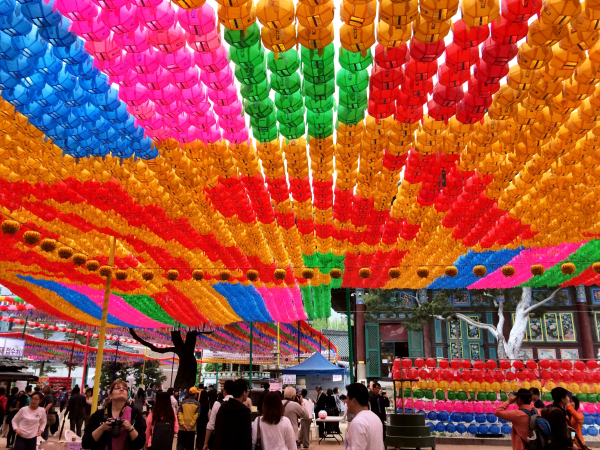 Some cultural events were also set up at the temple, my favorite being the lantern-making. This year, unfortunately, we arrived too late to make lanterns (so be warned: be there well before 6pm!), but here's a photo from 2012's festivities to give you an idea of what to expect. I saw people carrying around the exact same lanterns, so this was definitely an activity this year too: 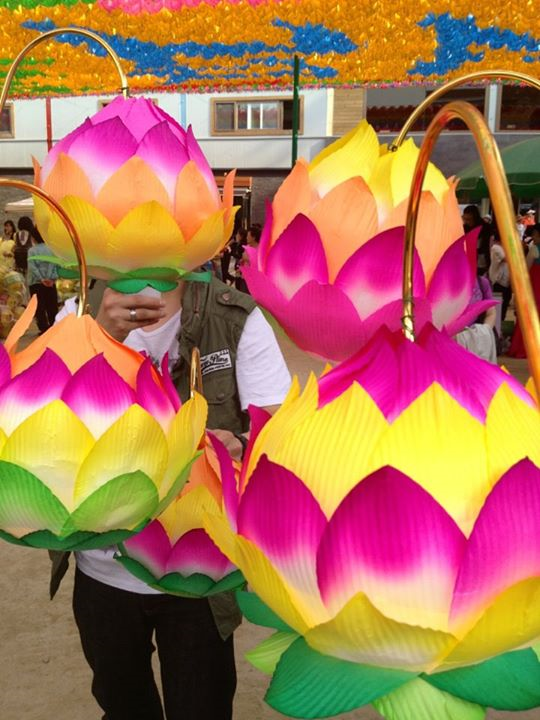 After walking around the temple aimlessly and taking far too many pictures, it was finally time for the big event of the day: the Lantern Parade. But! That is for next week's entry, so stay tuned! 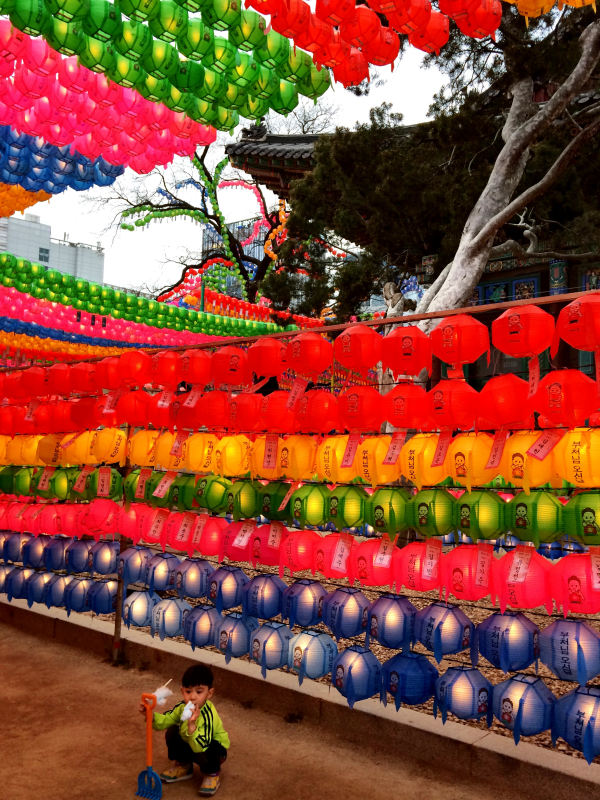 Remember: the lanterns are on display until May 11th, so you still have time to go see them. I highly recommend checking them out if you're in Seoul, and make sure you bring a camera!