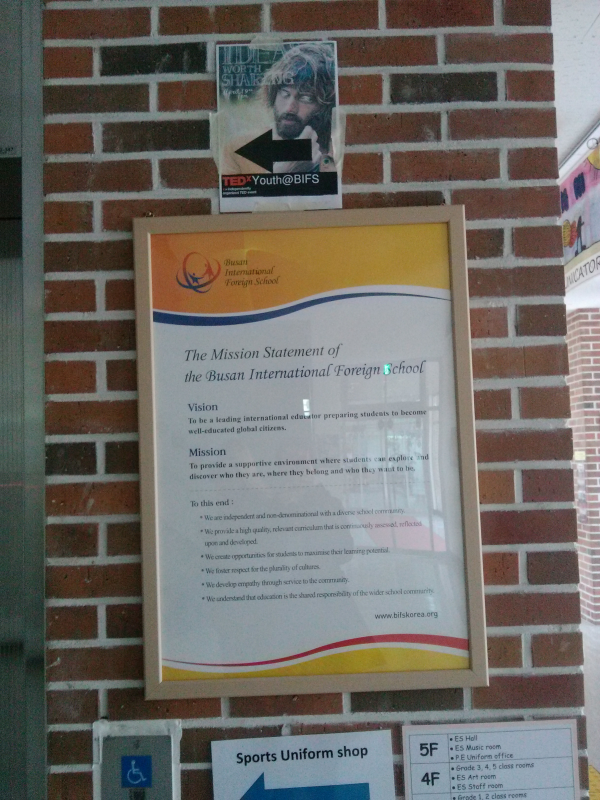 poster for the TED talk

TED talks usually feature a speaker with a new idea they want to share and show to the world from the TED stage. Previous talks include writers, scientists, politicians, really anyone with a great idea. They also sometime feature celebrities, like Al Gore and Bono (the lead singer of U2). TEDx talks are a little different as they are independently organized; put together not by the TED team but by whatever organization feels the need to put on an event. The students at the Busan International Foreign School were the ones speaking at this event, and after hearing them I completely understand why the school felt their voices should be heard. 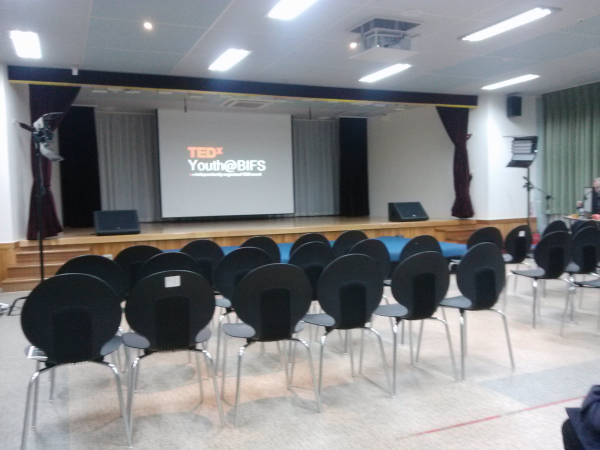 The particular focus of this event was "Youth" and kicked off with a talk about ways adults can learn from younger adults. This was a great way to set the stage, and the fourteen speeches from elementary to middle school students that followed were equally exciting. One of the highlights was titled "Living Lego" and explained in perfect detail how to create stop-motion animation. It was filled with examples of the student's lego films. It was impressive and inspiring, all you need is a lego set and a digital camera! 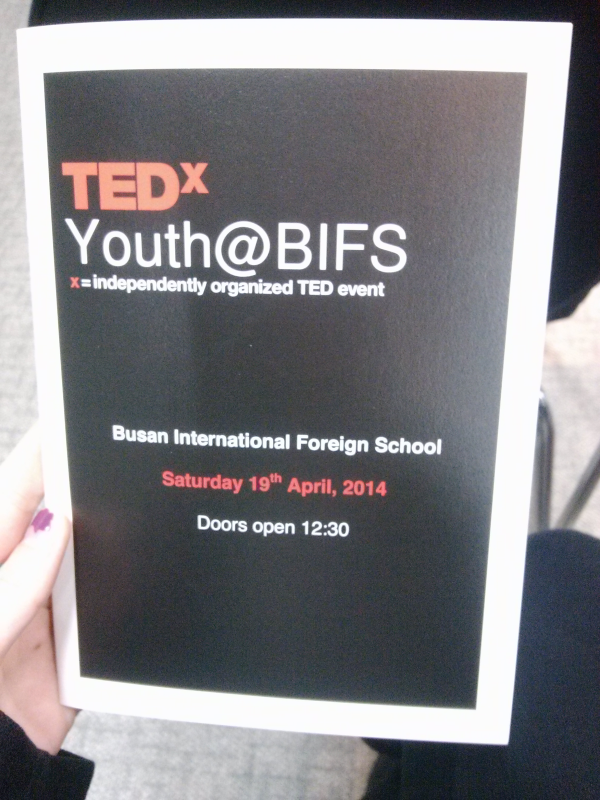 Each talk was 30 to 40 minutes long, so it was a long event, but there were many breaks and snacks and refreshments were available outside. Many of the student speakers had lived previously in other countries, like Japan, France, Taiwan, and the United States of America, among others. They all spoke flawless English, and I imagine assimilating with a new culture several times must be difficult for them. There was another great talk by an elementary school student about racial and gender-based stereotypes that was inspiring as well. The Busan International Foreign school is a big, bright campus, filled with creative posters made by students about important issues (cyber-bullying was one). While being on campus and listening to the students I could see how well the school was preparing them to be "global citizens" and it inspired me to prepare my Chungdahm students in the same way. There is a speech contest coming up at Chungdahm April, where I work, as well! 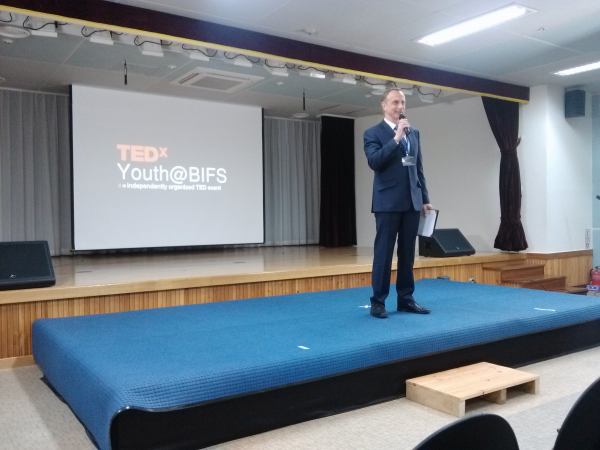 the stage is set!

Unfortunately no photography was allowed during the speeches, so I could not get photos of the speakers in action, but trust me, they were animated and full of great ideas. I heard about this event through a friend who won free tickets (the audience was limited to 100), but it was also mentioned on Busan Haps, a magazine in print and online that details all the happenings and goings on in Busan. It's really very helpful and my first stop when you have an unwelcome lazy weekend in your schedule.