Weekends give most teachers ample time to vacation and relax. I spent last weekend camping on a beach about an hour outside of Busan. The beach is called Dadaepo Beach, and there is an International Rock Festival hosted here every August. I could see how that happened, as the sand was incredibly wide before it reached the sea. There was a ton of space to set up camp for the weekend.

The beach was so wide that there were many tents set up already. There is also a hiking trail along the cliffs next to the beach. It was a really beautiful day, and the weather made it clear that summer had arrived! 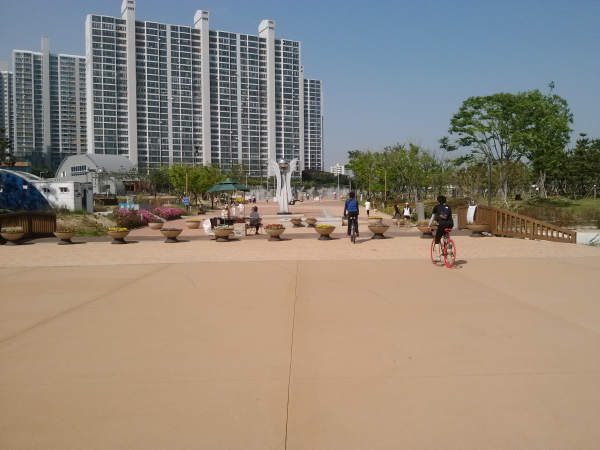 Before we got to the beach, we hauled our packs, tent bags, and coolers through the park itself. It was really beautiful, and many people were biking around or flying kites on the paths that framed the beach and reached out further into the park, winding around manicured trees, some sculptures and eventually leading to the famous Dadaepo Sunset Fountain of Dreams. 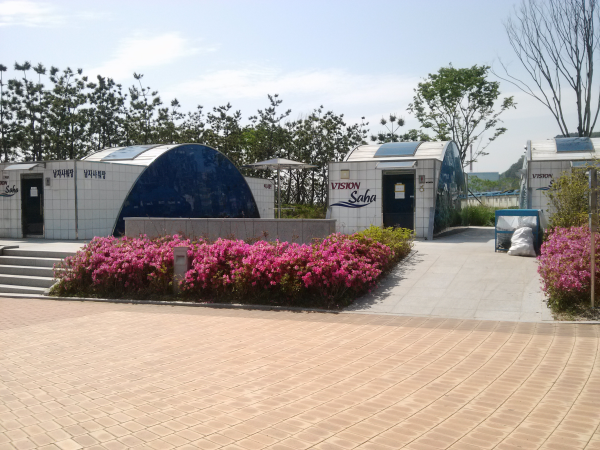 There were showers and some really nice public restrooms available to anyone visiting the beach or camping. They even played classical music in the bigger bathroom building near the fountain, which was luxurious. 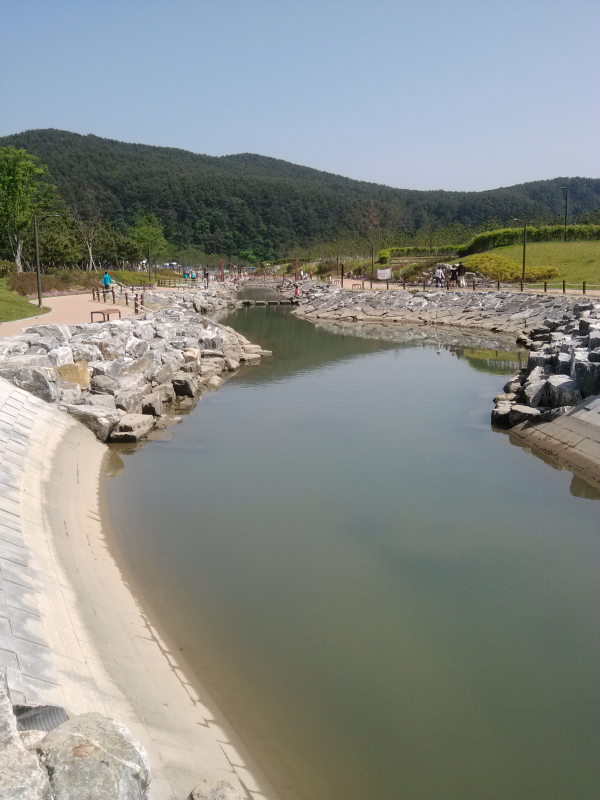 This river was installed right before you hit the beach. If you follow the trail up and around, it leads you through the cliffs and hills along the shoreline. It's a really beautiful trail, and just a perfect park to relax in. 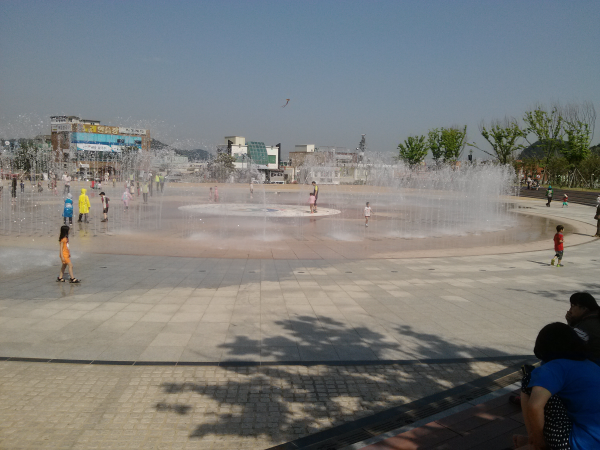 Children ran around the Dadaepo Fountain of Dreams during the day, but as night fell, chairs were pulled out and security set up a perimeter around the fountain for the 8 PM Fountain of Dreams show. The show is amazing, and it even has a spot in the Guinness Book of World Records for the "largest musical water fountain." Because I am from Las Vegas, home of the famously grand and glorious Bellagio Fountain Show, I had my doubts about this statistic but was blown away, especially by the extremely powerful jet in the middle of the fountain, which must have risen at least fifteen feet.

If you want to check out the fountain show, there are a ton of videos on youtube. Some of the best ones I found include this song, this one, and this masterpiece. Enjoy! 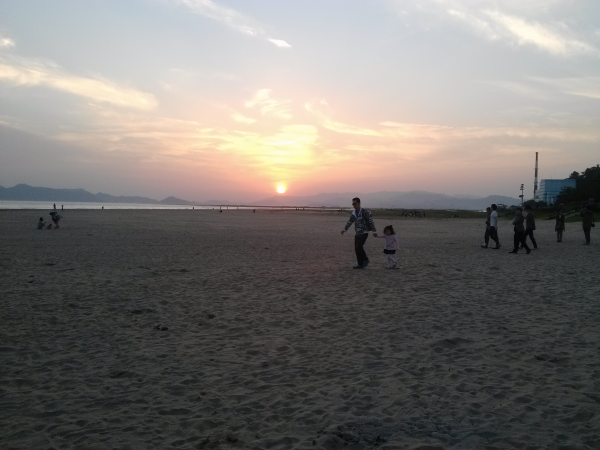 As the sun went down on our perfect beach day, I felt incredibly satisfied. We had brought a bunch of trash bags too, so we could keep the area just the way we had found it, which was clean and beautiful.